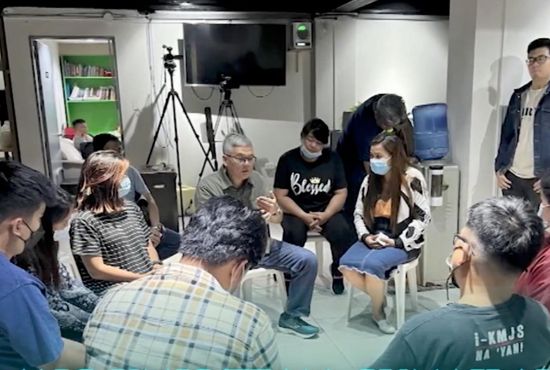 A group of TV producers were being tormented by the devil while filming a show.

Every Halloween, a Filipino TV show produces a special documentary film about encounters with the evil spirit and other supernatural practices. This year, a group of producers decided to do “ghost hunting” in a local cemetery at 2:00 in the morning. They filmed the entire thing and released it to the public as a Halloween special film.

As seen in the film, the group of nine TV show producers was each equipped with a camera to capture their experience. They went on to explore some areas in the cemetery until they started to feel and hear things. 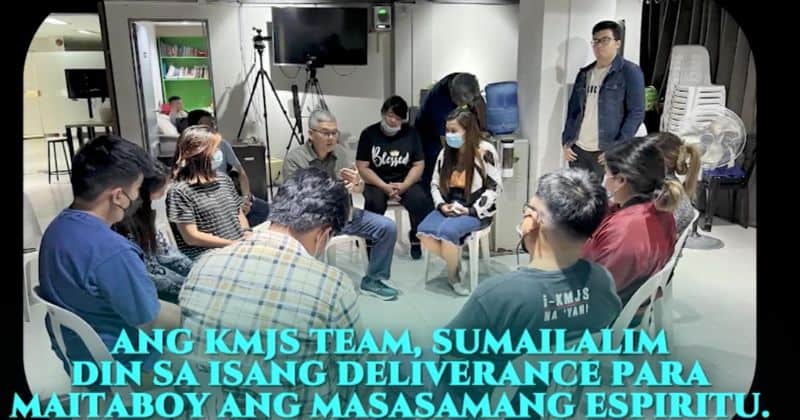 Tormented by the devil

Some heard voices, some saw someone peeking, some felt something touching them and one of them even lost consciousness and fell to the ground. A clip in the film also captured the moment a rock fell right in front of them almost hitting them. They all felt intense fear. They are being tormented by evil spirits.

“Behind the scenes of a KMJS team that covered a story in a cemetery,” Pastor Hiram wrote in a Facebook post. “They were hounded, physically harassed, and had nightmares long after their encounter with the spirits. Fear gripped them all. Oh, the risks that these people will take just to be able to cover a story.”

Even after the production of the film, the tormenting continued so they decided to seek help from a pastor. The entire team sought the help of Pastor Hiram Pangilinan, senior pastor of the Church So Blessed. Pastor Hiram prayed over everyone in the team in the name of Jesus Christ and led them into deliverance to get rid of the evil spirits tormenting them.

The pastor also emphasized an important lesson learned from this experience, never play with the spiritual world.

“Don’t dabble in the spirit world. And even more importantly, be sure to have Jesus in your life as Lord and Savior! He reigns!”

“The whole team sought deliverance and were wonderfully set free after they called on Jesus. The warfare is real … and Jesus is victorious!”