BREAKING
Israel-led Team Solves Mystery Why Lightning Strikes Fewer Times Over The Ocean...
Tourism In The Holy Land Is Soaring Back Up To Pre-Pandemic Highs
Lapid Speaks Directly To Palestinians—Offers Them “Another Way” Out Of The Ongoing...
Home Tags Posts tagged with "God in america"
Tag: 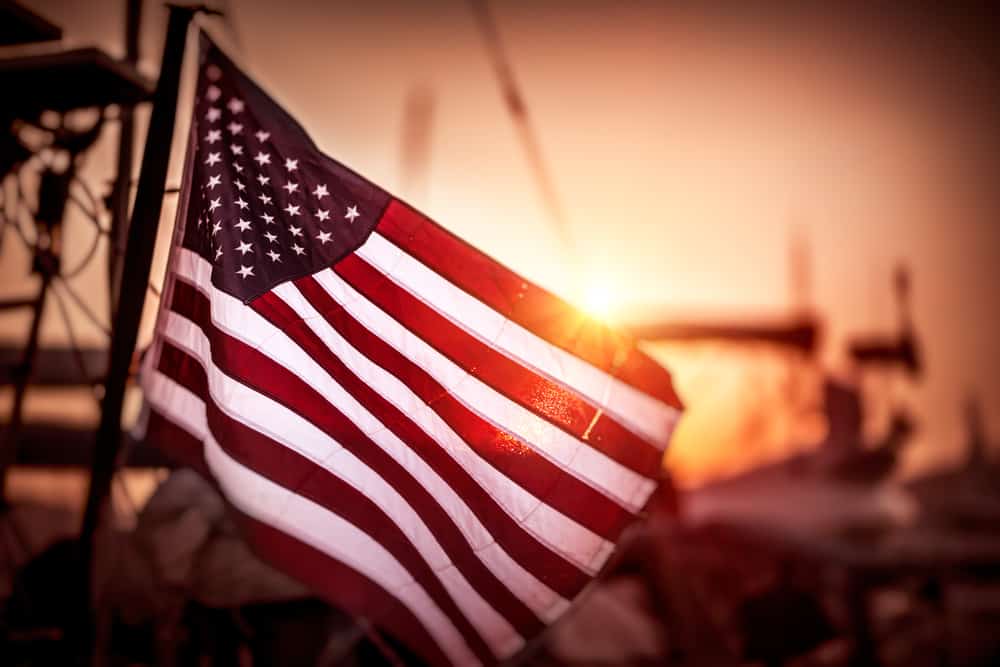 Despite our many national problems, flaws, and sins, America is still an amazing country. That’s why our universities are filled with the smartest students from many nations. That’s why our businesses and technologies help improve the quality of life around the globe. We remain the land of endless opportunity and we are a people of endless optimism.

But we have certainly seen better days in the past, especially in terms of national unity and national morality.

Without a doubt, America in the past has been godlier, and that has been the key to our greatness.

That means that, if we are to make America great again, we must make America godly again. Otherwise, we will continue to decline.

It is true that America has never been a totally Christian (or, perfectly Christian) nation. No, far from it.

But there is no denying our strong, Biblical roots.

There is no denying the Christian principles that infused our nation in its earliest days, beginning with the colonies, which laid the foundation for our greatness. As Proverbs states, “Righteousness exalts a nation, but sin is a reproach to any people.” (Proverbs 14:34)

I was deeply struck by this when doing research for my book Saving a Sick America.

In the opening chapters of the book, I traced our deeply Christian roots from the 1600s through the early 1900s, beginning with the “Old Deluder Act,” passed in 1647. The act called for schools to be established in each community when it grew to a certain size to ensure that the children would be able to read – so they would be able to read the Bible!

The colonists were not about to allow that old deluder, Satan, to keep the Word from them.

As I noted in Saving a Sick America, “Similar sentiments were expressed in the New Haven Code of 1655, which stated that the purpose of education was to equip children to be ‘able duly to read the Scriptures … and in some competent measure to understand the main grounds and principles of Christian Religion necessary to salvation.’”

It was the same with the founding of our greatest universities, beginning with Harvard and Yale. They were Bible-based, Christian-based, mission-based schools.

And it was the same with children’s schooling from their very first lessons in the alphabet, where each letter corresponded to a scriptural truth. Textbooks like this were commonly used right through the 1800s.

Our Founding Fathers were quite aware of the importance of having a biblically-literate, morally-grounded populace. That’s why Samuel Adams said, “A general dissolution of principles and manners will more surely overthrow the liberties of America than the whole force of the common enemy. While the people are virtuous they can not be subdued; but when once they lose their virtue they will be ready to surrender their liberties to the first external or eternal invader.”

What wise and prophetic words. 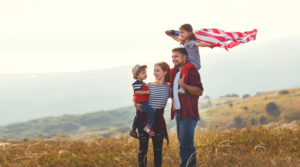 Now, there is a quote widely attributed to the French historian and philosopher Alexis De Tocqueville, who famously visited America in the 1830s. Even if the quote didn’t originate with him, it does reflect his overall observations. And it is certainly true.

It says this: “I sought for the key to the greatness and genius of America in her harbors…; in her fertile fields and boundless forests; in her rich mines and vast world commerce; in her public school system and institutions of learning. I sought for it in her democratic Congress and in her matchless Constitution.

“Not until I went into the churches of America and heard her pulpits flame with righteousness did I understand the secret of her genius and power.”

Again, whether De Tocqueville himself said this or whether it was uttered by another contemporary, the message rings true. And it is certainly in harmony with some of his other observations, including this: “Upon my arrival in the United States the religious aspect of the country was the first thing that struck my attention; and the longer I stayed there, the more I perceived the great political consequences resulting from this new state of things.”

And, for those who will immediately say, “What about slavery?”, the answer is simple.

First, there were opposition to the inexcusable evil of slavery even among the colonies. Second, slavery was the norm through much of the world at that time, something brought over from Europe from the outset of our nation. Third, it was our godly roots that broke the yoke of slavery within the first century of our independence.

Slavery was unspeakably evil, and that’s why our nation cast it off. Our Christian roots did not allow us to tolerate this for long.

So, for me, whenever, I see a MAGA hat (which is fine in itself and is neither racist nor bigoted), I’ll see this: Make America Godly Again.

And when I see that bright red color, I’ll think of the most powerful red of all: the blood of Jesus.

Of course, America will never be a perfectly Christian nation. No nation will, until Jesus returns.

And we will always have our share of problems and issues.