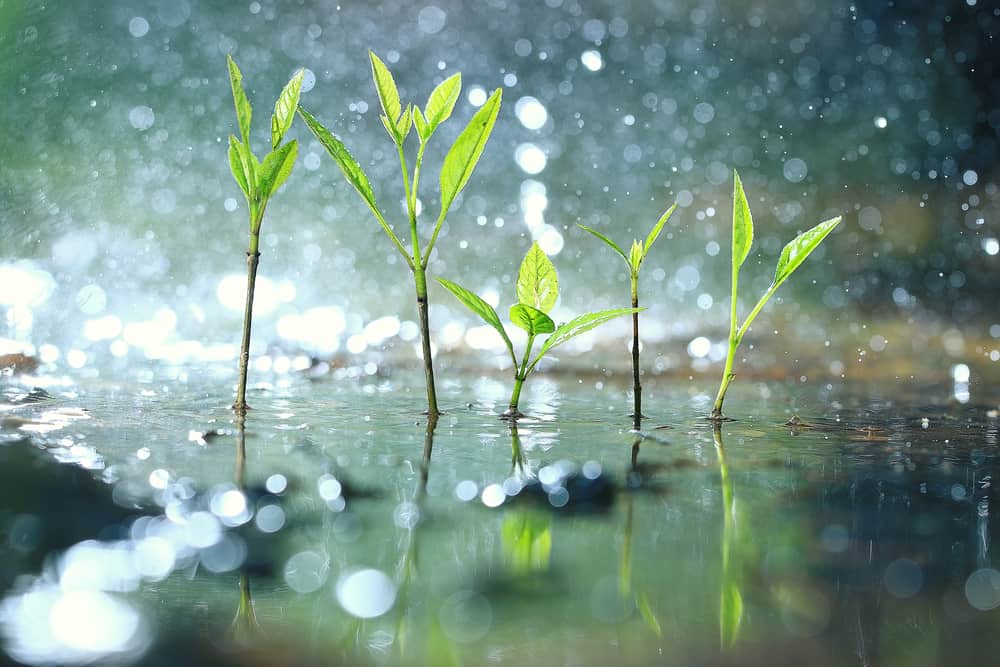 An Expectation Of The Abundance That Is To Come

A few days ago, I woke up in preparation to head to work. I was completely unaware that it had rained the night before. Now, if you are familiar with the Mid-Atlantic Region, especially the coastal areas, you are well aware that weather can be quite fickle. We experience the four seasons in a haphazard sort of way. Some would even describe it as highly emotional, to the point that some say it mimics some mental abnormalities. I shudder to call it that, but I understand where people are coming from when they say it.

The rain reminded me that the season of spring is not too far off. It’s interesting, because as the month of February was ushered in, the usual talk of Punxsutawney Phil and his annual seasonal prediction seemed to escape me. I heard nothing about him or his fair-weather announcement. As many in my area, I was relishing in the seasonably warm weather that we had been privileged to enjoy. Yet the evidence of rain that had obviously fallen the night before was signaling something to me spiritually.

The evidence of rain reminded me of a story of Elijah.

In 1st Kings 18, Elijah went to confront the prophets of Baal. He went at a time when there was a great famine in the land. The people had strayed far from serving the Lord, Jezebel had slaughtered many of the Lord’s prophets and Obadiah had hidden about 100 of the remaining, equally divided into 2 caves. Elijah, calling out the 450 prophets of Baal, challenged them to call on their god while he called on the Lord God. Elijah wanted the people to acknowledge who was truly God, for they had fallen away from following after the God of Abraham, Isaac, and Israel.

After the display of God’s power through the fire that fell on the sacrifice Elijah offered, he ordered the elimination of the false prophets and told Ahab to return home, eat and drink, for he now heard the sound of a rainstorm. Then Elijah left to go up to Mount Carmel and worshiped while he sent his servant to go further to look towards the sea in expectation of the rain. Seven times he was sent, until he finally saw evidence of a cloud.

I share this whole story because we are at a crossroads as a nation. A nation that has been challenged by true prophets and ministers who have been hidden for this season. Hidden because there has been a spiritual assignment of the spirit of Jezebel that would want to rid the nation of a real word and power. Yet, an anointed call is coming forth to say that God is going to strongly show himself in the land once more. A challenge is being issued to those prophets who have led God’s people into false worship and away from the true call that this nation was meant to follow. When the ire falls to consume a true sacrifice, people are going to know that God is God and He is calling His own back to Himself.

When this happens, the expectation, like a mother whose water breaks at the moment of birthing, is going to burst forth a shift in this nation. Many have been expecting a shift in the evangelistic anointing to re-surge. Many are even preparing to head to “The Send Conference” later this month in the expectation that the same anointing that rested upon the late Dr. Billy Graham will fall upon a generation that has been waiting to move with power to see America and nations around the world changed and won for the Kingdom.

Many are expecting a third great awakening of the Church to transform lives beyond salvation to the glory of a new renaissance upon every mountain or sphere of cultural influence. An expectation like this cannot be expected without travail. Yet, when the travailing is over, watch out! Look towards the sea for the evidence of great waters to pour out. The Bible says that the latter rain shall be greater than the former. If we are expecting a great harvest and abundance, we must also expect a great down-pouring to follow the travailing.

I don’t know what the level of expectation you have for this year or the years ahead of us, but be a servant. Keep going forth and looking towards the place where God is directing you to. While you may not see evidence right away, keep looking with expectancy. Keep going with a spirit to watch and wait. What you see at first may be small. Yet, do not despise the day of the small signs. Fix your gaze to recognize that God is ready to unleash something that will undo the famine and lack that you’ve previously been stuck in. Get excited and expect the abundance that will speak to where you are and where you need to go next. The abundance is coming.