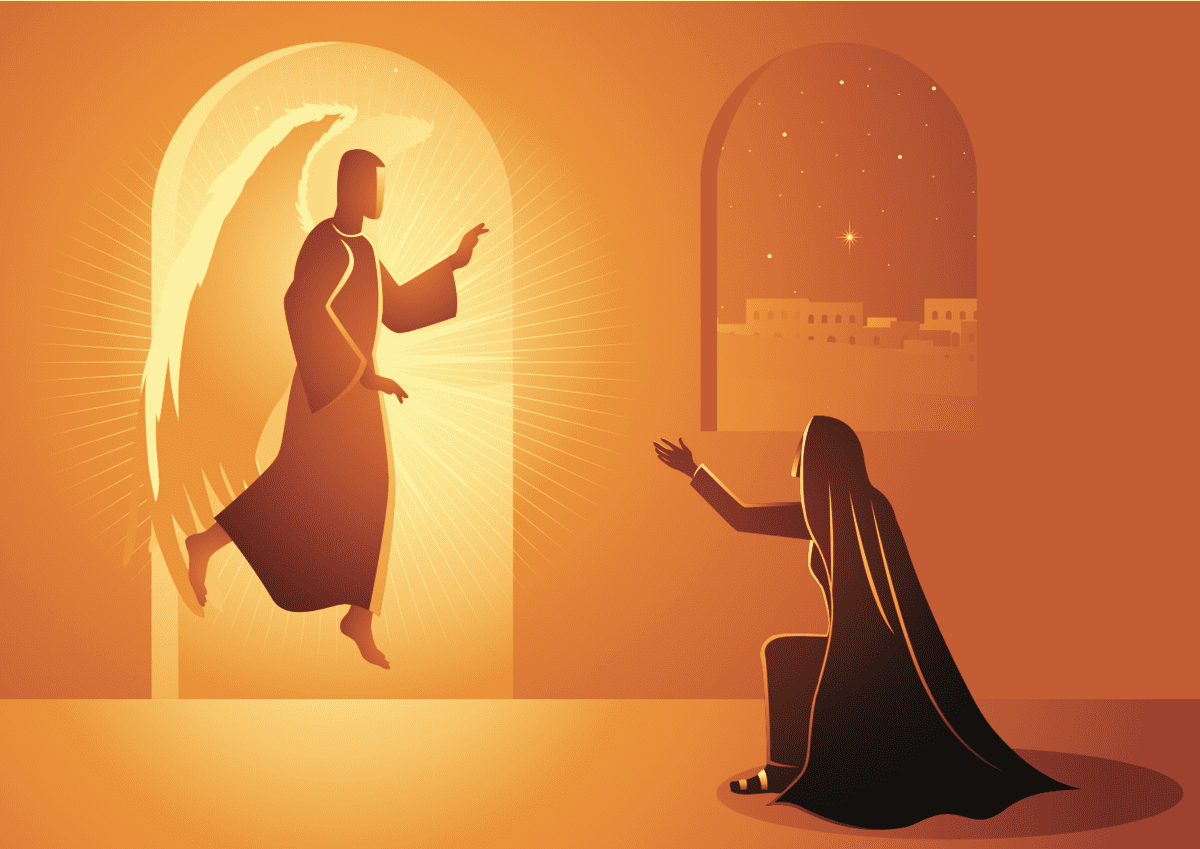 As we enter the Christmas period, opening the gates to a New Year, we find ourselves on the cusp of a new decade. The Bible’s message “fear not“, rings as true today for everyone – believer or not – as it did to the Shepherds in a field thousands of years ago.

“Fear not” appears, interestingly, 365 times in the Bible. From Genesis to Revelation, God’s reassurance sees man through times of alarm, the unknown and the supernatural. When the angel of God called to Hagar from out of heaven the first words were ‘What ails you?’ The second ‘Fear not.’

Therefore, man’s initial reaction to change or the unknown would appear to have a pattern – one of fear and trepidation.

When the angel Gabriel appeared unto Mary, his first words were “Fear not, Mary…”  (Luke 1:30). In the fields the shepherds were afraid whenever the multitude of angels appeared in the sky. Luke 2:10 tells us,

“And the angel said unto them, Fear not: for, behold, I bring you good tidings of great joy, which shall be to all people.”

Also, in Matthew 1:20, the angel of the LORD appeared in a dream to Joseph saying,

“…fear not to take unto thee Mary they wife:for that which is conceived in her is of the Holy Ghost.”

Time and time again, God reassures us in the midst of that which we don’t fully understand. He sends messenger angels, signs and wonders in various forms – in other words God goes to great lengths to encourage us and reassure us. Therefore our unfounded anticipation that something bad is about to happen, is a falsehood. In fact, the complete opposite is true. God is in control and He brings a message of hope for the whole of humanity. It is embodied in a little baby.

Mary and Joseph were not the first to encounter God this way. A few months prior Zacharias was told by an angel that his prayer had been heard and that his aging wife, Elisabeth would bear him a son. His name would be John.

When Jesus first approached James and John on the shores of Galilee, the first words He uttered were, “Fear not.:” Time after time, Jesus used this phrase to reassure His followers and others.

This Christmas and New Year, listen to what God’s word is saying to you. If you are anxious or afraid about anything, remember what God says with these two powerful words. I believe they are linked to the most powerful moment in history – the time when God dwelt among us John 1:14…

The Word became flesh and made his dwelling among us. We have seen his glory, the glory of the one and only Son, who came from the Father, full of grace and truth.