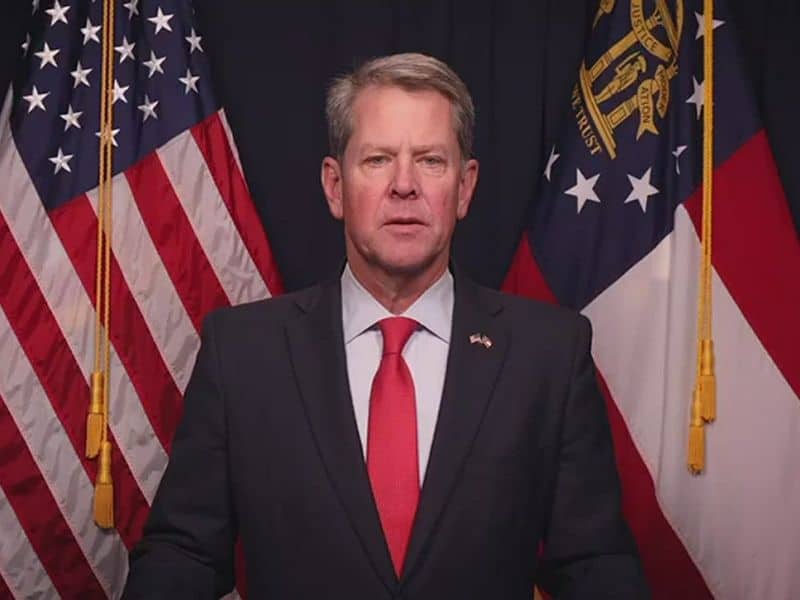 Governor Brian Kemp revealed his plans of making Georgia a ‘state of sanctuary for people of faith.’ He does this by passing a law called the “Faith Protection Act.”

The 57-year-old governor told CBN News the legislation and its purpose. The bill aims to protect religious freedom and limit the future governors’ power to close down churches should there be another crisis.

He said, “I think this pandemic has shown us that, you know, people will overreach, especially people in positions of power. And that’s not good.

“It was concerning to me,” he added. “That we shouldn’t have any governor or a future governor be able to stop religious services. That’s embedded in our Constitution.”

Sanctuary for people of faith

Gov. Kemp then discussed how Georgia’s state observed protocols to stop the spread of the pandemic but never shut down the churches. “Going online, doing outdoor services, socially distancing, limiting the number of people that can worship but we never said shut anything down,” he said.

“And I’m proud to say that and we don’t want that to happen in the future, and that’s what we’re fighting for.”

Although the legislation proposes to limit the future governor’s power, they will still have some flexibility to work.

Furthermore, the Christian governor defended their cause and stressed the importance of churches in the community. “We can’t just stay sitting in our living room or basement for months and months at a time; that is not healthy. That’s not healthy for our mental health.”

He explained that going to church and being able to gather in worship is healthy for people. “It’s healthy for the mindset, and it’s just really the fabric of who we are, and we’ve done that responsibly here.”

In his official statement on the “Faith Protection Act,” he said, “During the COVID-19 pandemic, people of all faiths across America were told by state governments how, where, when, or even if they could worship at all. Not in Georgia. We chose to work alongside congregations across our state to ensure they practiced their faith safely and in accordance with public health guidance.”