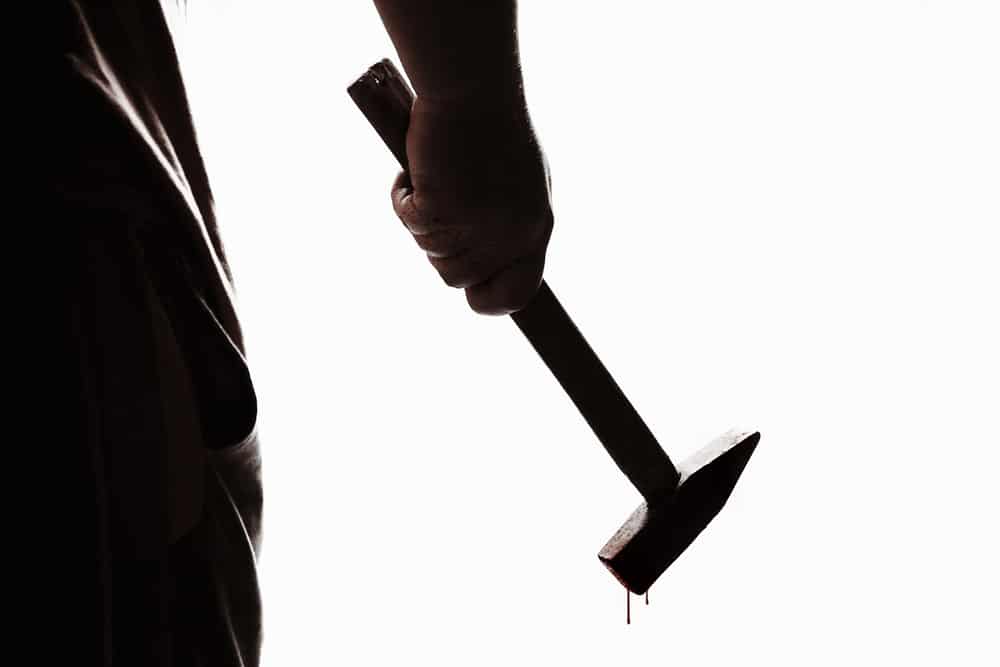 Believing he was the next level of human evolution, David Wood didn’t need to follow normal social behavior. He was a sociopath, thus lacking in empathy.  When sociopaths see people suffering, they don’t feel badly, they usually don’t feel anything at all. David believed that he reached a higher stage of humanity where he wasn’t held back by any emotions.

This lack of emotion led him to break into places and steal things. As he did these things, he felt like he was stripping the layers of rules that people and society had been imposing on him his entire life.

To prove that he was free from any rules of society, he decided to kill his dad in a brutal fashion. He hit his dad with a hammer several times in the head until he thought he was dead. He just laughed afterward.

His dad was alive.

His father’s friend, Jimmy, saw his dad lying on the floor unconscious. They took him to the nearest hospital and found out that he was actually still alive. David told his mom that he did it to his dad. Instead of bringing him to the police, his mom brought him to a psychiatrist. He was diagnosed with an anti-social personality disorder. He stayed there for several months and was then taken to jail.  He had received a ten-year prison sentence due to the malicious wounding.

During imprisonment, he met a Christian man named Randy. David mocked him for reading his Bible and argued with him countless times! He tried to force his worldview on Randy, yet David was losing every argument they had. This realization pushed him to study more about the Bible.

“Either I stay the same, or there is someone out there who can radically change severely messed up people. It’s Jesus, or it’s nothing. Jesus or no hope.”

After confessing his sins, he felt like the world looked different. He started to feel the emotions he never felt.

He lived without emotions – no laughing, no crying – until the day he learned how to love. To this day, he is a family man and an accomplished Christian apologist. He has evangelized and debated atheists, agnostics, and Muslims.

“I want people out there to know that there is a Creator to this world. Jesus rose from the dead, and He entered this world to die for us. That’s the message that matters, and it can change everything.”