BREAKING
100-Year-Old Woman Celebrates Life At Worthing, Says God Has Helped Her Through
‘Jesus In The Super Bowl’: Campaign Spends Millions On Ads Despite Skeptics
Disney Star Joshua Bassett Has Turned To Jesus; “Jesus Is The Only...
Home Tags Posts tagged with "handwritten note"
Tag: 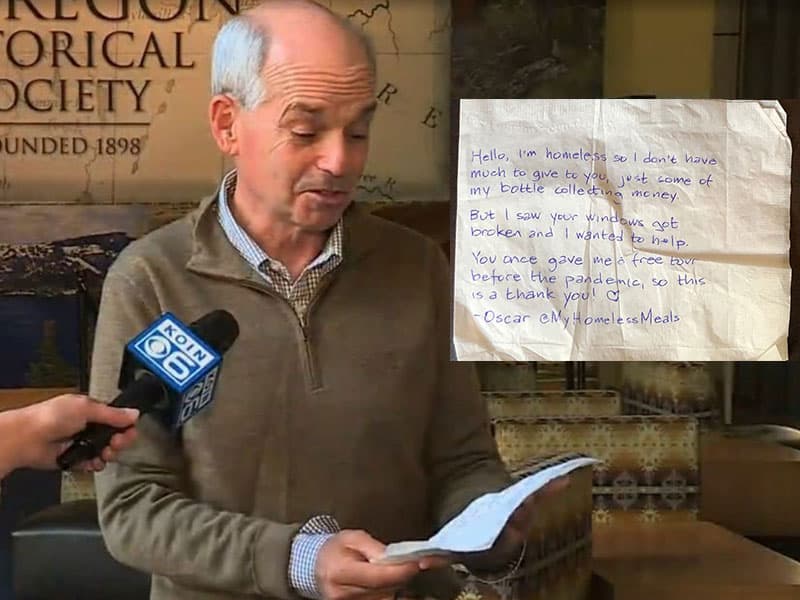 Amidst the turmoil in Oregon caused by riots, a moving story of a homeless man has surfaced. The man donated the little he had to help a museum recover.

The Oregon Historical Society Executive Director, Kerry Tymchuk posted on social media about what the generous homeless man did to help them. Because of this, he has found hope amidst the chaos.

A Homeless Man Donates The Little He Had

One day a handwritten note and a one-dollar bill was left at the front desk of the building. The note said, “Hello, I’m homeless, so I don’t have much to give you. Just some of my bottle collecting money. But, I saw your windows got broken and I wanted to help. You once gave me a free tour before the pandemic. So, this is a thank you.” Then the homeless man only wrote his first name in the note, “Oscar.” 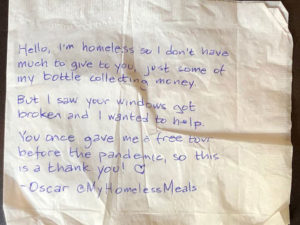 Kerry admitted that the society has received many donations after the riots caused the Oregon Historical Society’s building. However, he says that Oscar’s gesture was priceless.

“We’ve been fortunate to receive many generous donations to OHS over the years–some upwards of a million or more dollars,” he said. “No donation means more to me and to the society than this dollar donation from Oscar.” 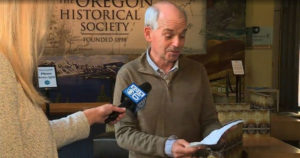 The riots that occurred on the evening of October 11, according to Faithpot, is “a demonstration against centuries of violence against indigenous populations.” The organizers called the unlikely protest as an “Indigenous Peoples Day of Rage.” As a result, it caused extensive damage to Oregon’s downtown including the Oregon Historical Society building.

Despite the tragedy, Oscar’s story has become a ray of light to the community. The heartwarming gesture speaks volumes of hope for humanity.

This reminds us of the poor widow in the Bible who gave everything she had to God.

“Calling his disciples to him, Jesus said, “Truly I tell you, this poor widow has put more into the treasury than all the others. They all gave out of their wealth; but she, out of her poverty, put in everything—all she had to live on.” -Mark 12:43-44

ALSO READ: A Homeless Man Prayed For ‘A Hot Meal’ Until A Christian Appeared To Help Him