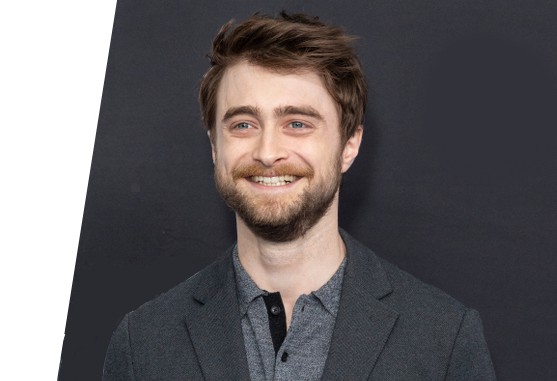 The Harry Potter series of films have made the UK’s Daniel Ratcliffe into one of the highest paid actors in the world. He has won worldwide acclaim as the lead role in eight films over 10 years. Based on the novels by JK Rowling the movies trace Harry’s struggle against the dark wizard, Lord Voldemort who aims to control all people.

Although some Christians have criticised the books and films due to their association with the occult, they are widely popular with people of all faiths who conclude that the storyline is one of good triumphs over evil. Daniel Ratcliffe has of course played many different roles since Harry Potter concluded, but he is now back playing another supernatural role, this time as Craig, a low-ranking angel in the TV series, Miracle Worker.

From casting spells as Harry, Ratcliffe is now answering prayers as Craig. However the task is the same – to save the world from impending doom. Watching the trailer for Miracle Workers some may find it irreverent, however it is obviously meant to be a comedy! In the seven-episode TBS show, God (Steve Buscemi) decides to destroy Earth and Craig must step up to the challenge of saving the planet.

Though Christians may not watch the series it’s encouraging that the world continues to be focused on questions about God, whether or not He exists and what He is really like. “You will seek Me and find Me when you seek Me with all your heart,” we read in Jeremiah 29:13 and in Matthew 7:7 Jesus says, “Seek and you will find; knock and the door will be opened to you.”

God is waiting to be found

Daniel Ratcliffe has not found Him yet, but judging from interviews he’s given to promote Miracle Workers he has been talking a lot about theology and reveals he’s shifted his position somewhat on God…

“I personally am agnostic leaning toward atheism,” he told The New York Post. “I don’t expect there to be a God and an afterlife — I would be pleasantly surprised if there was.”

“There was a time when I was in my teens when I was kind of irritatingly belligerent about atheism. And I’m just not anymore. I’ve had too many friends for whom their faith has really helped them at hard times in their life.”

For those of us who’ve found God we know that He is a very present help in time of need. We also know the fight between good and evil is not just a story to be played out on film. It’s a very real spiritual battle. Like Voldemort, Satan the enemy of God seeks to control the people of the earth, keeping them bound in a web of deception, but Jesus came to show us the way, reveal to us the truth and save us from his evil plot. “For this purpose the Son of God was manifested, that he might destroy the works of the devil.” (1 John 3:8)

Our prayer is that Daniel Ratcliffe and his many followers worldwide may come to know the real Miracle Worker, Jesus who really does answer prayer. Through Him we really can overcome evil with good.