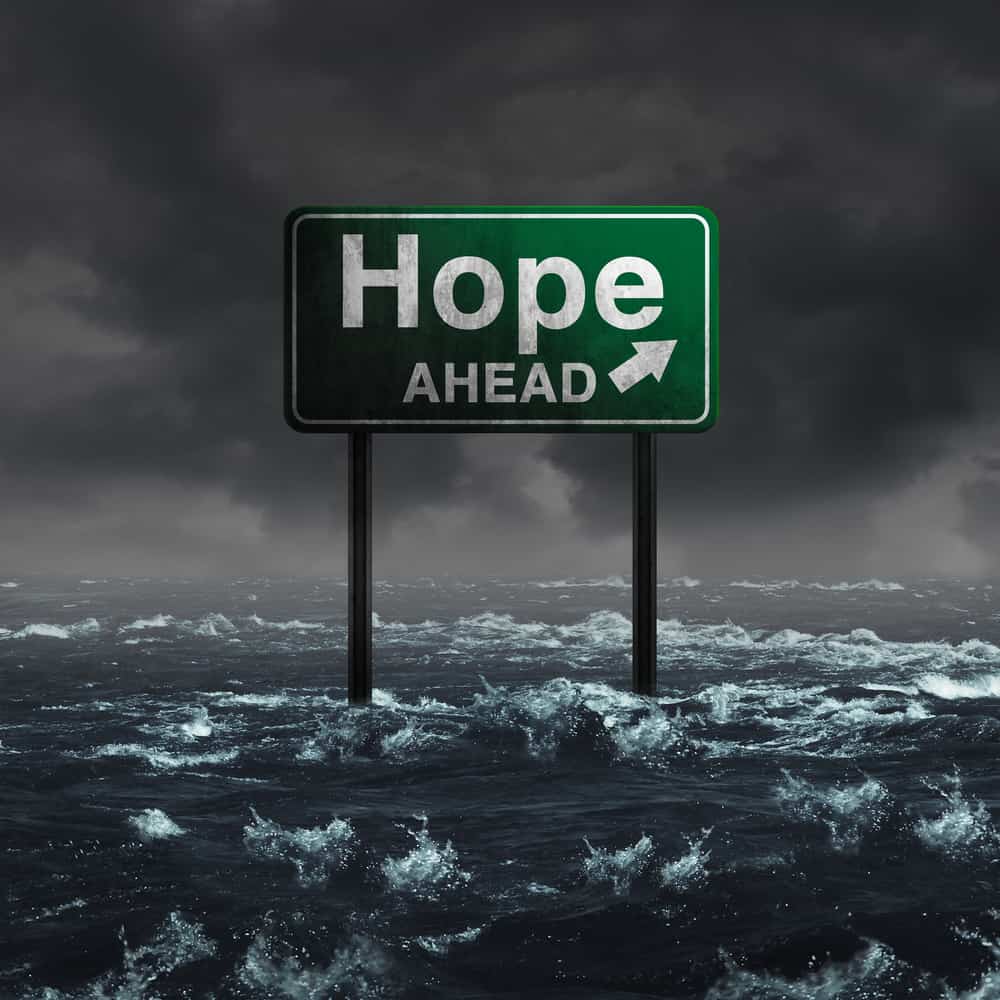 About Faith And Storms

Lisa and I just returned from an attempt to go to Florida. When we reached Dallas, we were advised not to go further. In addition to the cancellation of those meetings, we will also not be going to Savannah, GA this weekend either. What is a minor inconvenience for us is potentially catastrophic for thousands, if not millions, of others. With many still reeling from Hurricane Harvey’s effects and with Irma’s overall effects yet unknown, thought it good to share a couple of thoughts about storms from a biblical perspective.

Bible-believing people often remember the story of Jesus and his disciples, and we love the powerful words of Mark 4:39—“Then He arose and rebuked the wind, and said to the sea, ‘Peace, be still!’ And the wind ceased and there was a great calm.” As wonderful and inspiring as that story is, it tends to become a default approach (in the minds of some believers) to every storm, and I certainly understand the desire to see every storm calmed instantly.

As a student of Scripture, I have to ask myself if the story of Jesus calming the storm is applicable in every storm and in every situation. Abraham Maslow once said, “I suppose it is tempting, if the only tool you have is a hammer, to treat everything as if it were a nail.” Did Jesus treat every storm this way? Do we see every storm in Scripture being rebuked and immediately coming to a halt? These are honest and important questions we should explore. 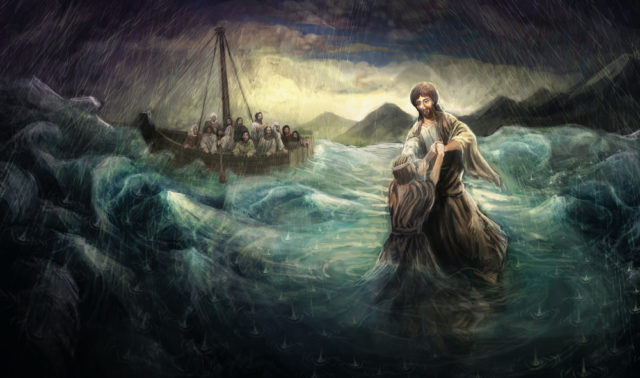 There is another storm that Jesus did not immediately calm (Matt 14:24-33; Mark 6:45-56; John 6:16-24) and I encourage you to read all three of the referenced accounts. Though the storm eventually stopped, the primary focus here is that Jesus walked on the turbulent waters in the midst of the storm. One of the lessons from Matthew’s account is that Peter had an opportunity to trust Jesus in a very special way even while the storm was still happening. Peter joined Jesus momentarily, also walking on the stormy sea with the Lord until he got distracted and took his eyes off of Jesus (Matt 14:28-31).

It is also important to examine another storm in Scripture, the one found in Acts 27. This chapter is worthy of far more study and attention than what I can devote to it in a brief article, but I will mention a few highlights. First, Paul was a prisoner in transit from Israel to Rome to stand trial before Caesar. He perceived impending danger (Acts 27:10), but because he was a prisoner, he was unable to remove himself from the situation. The ship he was on sailed into a horrible and powerful storm that lasted fourteen days. Luke writes, “The terrible storm raged for many days, blotting out the sun and the stars, until at last all hope was gone” (Acts 27:20, NLT).

Endless speculation can be made as to why Paul did not just rebuke the storm the way Jesus did and see it stop immediately. However, there is a great lesson that does not involve speculation—it comes from simply studying what Paul actually did. In short, he prayed persistently and endured the storm. Though great material loss occurred, Paul and those with him survived, even though the ship itself was destroyed in the situation. Consider the outcome:

ACTS 27:21-25 (NKJV)
But after long abstinence from food, then Paul stood in the midst of them and said, “Men, you should have listened to me, and not have sailed from Crete and incurred this disaster and loss. 22 And now I urge you to take heart, for there will be no loss of life among you, but only of the ship. 23 For there stood by me this night an angel of the God to whom I belong and whom I serve, 24 saying, “Do not be afraid, Paul; you must be brought before Caesar; and indeed God has granted you all those who sail with you.’ 25 Therefore take heart, men, for I believe God that it will be just as it was told me. 26 However, we must run aground on a certain island.”

Paul did not stop the storm as Jesus did in Mark 4, but he obviously prayed fervently, and his prayers were effective. The statement from the angel—“ God has granted you all those who sail with you”—makes me think that Paul was especially praying for the others whose lives were in jeopardy. He encouraged the people, and even though the ship ended up wrecking on the Island of Malta, Paul made it through the storm along with all the others on board. It was not a storm that Paul stopped through prayer, but it was a storm that Paul endured.

The idea of preparing for a huge storm did not begin with the civic leaders or with the advent of the Weather Channel. One of the great stories in the Bible is that of Noah, a man who made extensive preparations for a coming storm. Hebrews 11:7 (NLT) states, “It was by faith that Noah built a large boat to save his family from the flood. He obeyed God, who warned him about things that had never happened before.” Noah prepared by faith! He prepared because he heard from God and followed divine direction.

This is consistent with the wisdom presented in the book of Proverbs.

PROVERBS 21:31 (NLT)
The horse is prepared for the day of battle, but deliverance is of the LORD.

PROVERBS 21:31 (MSG)
Do your best, prepare for the worst—then trust GOD to bring victory.

PROVERBS 22:3 (NLT)
A prudent person foresees danger and takes precautions. The simpleton goes blindly on and suffers the consequences.

All of this communicates that faith is not a reckless, careless disregarding of facts. Preparation can be done in faith; it does not have to be done in fear. Keep in mind that the Bible teaches wisdom as well as faith, and that these two can work hand-in-hand for our benefit.

Putting it all Together

As much as I might like to arbitrarily apply a certain Scripture according to my own desires, it is important to

I think if Paul could have rebuked the Acts 27 storm and made it stop immediately, he would have. For folks that are facing a storm or are in the midst of a storm (whether literally or figuratively), trusting God and resisting fear is imperative. God does have a peace that passes understanding, and I pray that all of those facing storms will recognize God’s presence and walk in his peace. Let me close with two important passages of Scripture:

PHILIPPIANS 4:6-7 (NKJV)
Be anxious for nothing, but in everything by prayer and supplication, with thanksgiving, let your requests be made known to God; 7 and the peace of God, which surpasses all understanding, will guard your hearts and minds through Christ Jesus.

PSALM 57:1-3 (MSG)
Be good to me, God—and now! I’ve run to you for dear life. I’m hiding out under your wings until the hurricane blows over. 2 I call out to High God, the God who holds me together. 3 He sends orders from heaven and saves me, he humiliates those who kick me around. God delivers generous love, he makes good on his word.

I pray today for my friends in Texas and in Florida. I pray that those who have experienced harm will have grace in recovering, and that those facing danger will have safety, protection, and peace from the Faithful One—the One who is always with us. 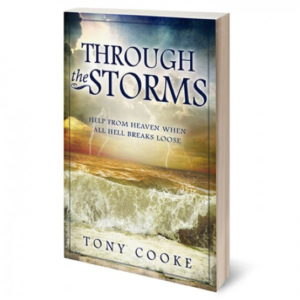 For more teaching along these lines, please check out our book and/or video series, Through the Storms: Help From Heaven When All Hell Breaks Loose. 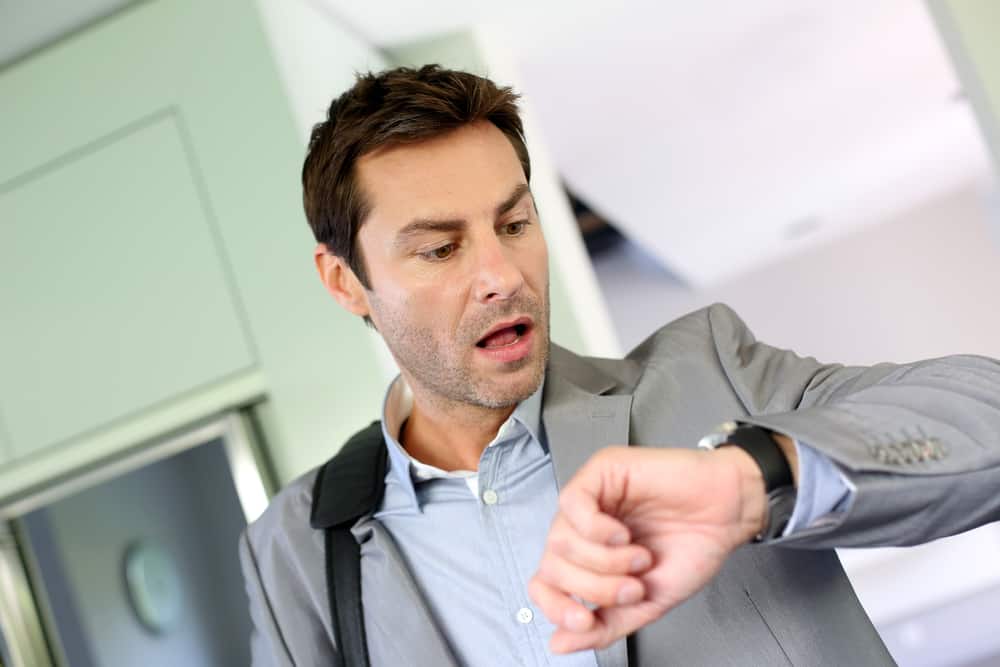 A Lesson in What’s Important: Come in Early Every Day & No One Cares, Come in Late and Everyone Goes Crazy

A Lesson in What’s Important

If I were to ask you what the most important thing in your life is, what would you say?

Your family, your children, your health, your home?

Then why do you go to work when you are deathly sick or when a hurricane is headed to your city?

Be honest, the most important thing in your life is your paycheck! Why, because without it, you would not have a family, children, your health or your home. RIGHT?

Life doesn’t always happen the way we plan and character is built on perspective.

I got up for work and Hurricane Harvey was at 35 mph winds heading 350 miles south of my home. No big deal. Sunny, beautiful day, business as usual for my family. By 1:00pm, we were notified the storm was at 85 mph winds and moving swiftly.

Our employer dismissed us to ‘go take care of what is important’.

“Go Take Care of What is Important” made me think:

1)    What is important? What can be replaced and what cannot?

2)    If our homes are devastated by the storm, we might not have an employer or an office to go to either.

3)    We are riding out a big storm that we cannot control.

I see God through all of this, and I am confident the storm will bring renewal, restoration and rejuvenation. I can honestly say that every time my family has come through a storm, we are better off than we were before.

1)    What is important is God, your family, safety and security.

2)    Keep important things first. Employers will never remember you missed your son’s graduation, but your son will always remember if you missed it. Jobs can be replaced. (Thousands of people evacuated to Houston from Louisiana Hurricane Rita and never went back! They were forced to start over.)

3)    Humans are small. Only God can control the weather. We can be prepared for this storm but only to the limit of human strength. Beyond that, God is in full control.

5) Experience the unspeakable peace that only comes from knowing Jesus is in control. Your only responsibility is to listen and obey.

CBLI equips, educates and empowers CEO’s, Leaders and Entrepreneurs to rise to their highest potential. We do this through a monthly Faith-Based Mastermind, Peer Advisory Group and a network of business leaders who believe there is unity in community.