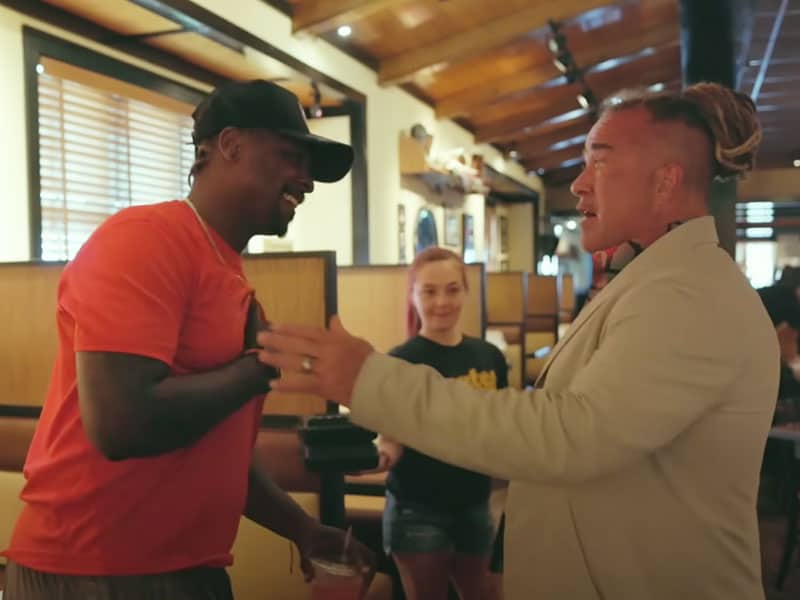 Christian evangelist Todd White boldly shares the Gospel with an atheist couple he met inside a restaurant and prays for them. The couple witnesses God’s healing power!

In a recent video Todd White posted on YouTube, he met an atheist couple with whom he never hesitated to share the Gospel. Inside a restaurant, the Christian evangelist walked up to the couple’s table and talked with them. And in the middle of their conversation, he began to speak words of knowledge. 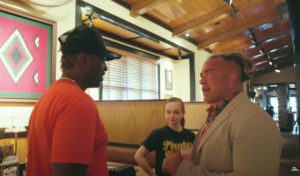 By the power of the Holy Spirit, Todd found out that the woman was suffering from mild back pain and a headache. God also revealed to the evangelist that she was in a car accident years ago. The revelation surprised the couple that Todd knew about it.

Soon, Todd began to share his testimony. He detailed how he encountered God while still a drug addict and atheist for 22 years. He was also addicted to pornography and lived in what seemed like a hopeless situation. It wasn’t until 2004 when he heard God’s voice amidst a gun fire shot at him. God spoke to the former drug addict, “I took that bullet for you, now are you ready to live for Me?” Since then, his life was never the same again as he accepted Jesus in his heart. 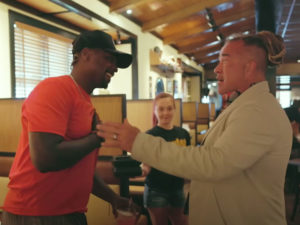 Further, Todd brought up another revelation the Holy Spirit revealed about the woman who is a mom. He told her how much God loves her.

“Don’t let me scare you. I love Jesus,” the evangelist assured the couple. Perhaps he noticed the couple beginning to freak out with all the revelations he told them without telling him first.

At the end of their conversation, Todd asked if he could pray for them individually. So, he prayed for them, and both witnessed God’s healing power.

Watch the amazing encounter in the video below.

There Is No Cookie-Cutter Evangelism | Todd White