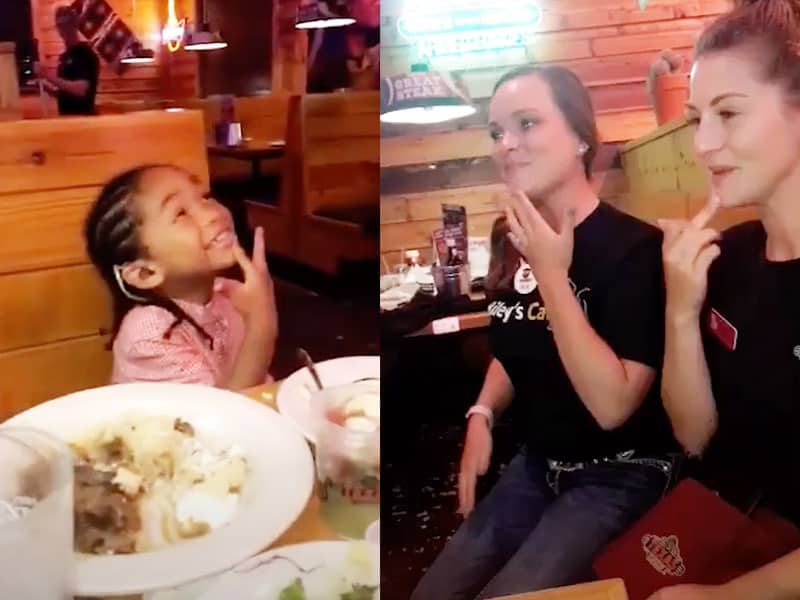 Two servers at Murfreesboro Texas Roadhouse made a little boy with impaired hearing’s birthday special by taking the effort to learn sign language to wish him a happy birthday.

The little boy with hearing impairment is Octavius Mitchell Jr. He has had this condition since he was born, but his family never failed to show him love. Thus, his mother and uncle took him out to a restaurant on his fourth birthday for a treat. 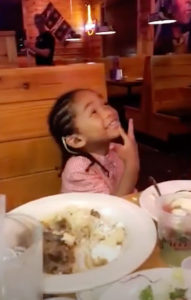 Then, some servers in the diner gave Octavius a regular restaurant birthday treat and placed him on a saddle. One of the waitresses, Kathryn Marasco, then noticed that the little boy had hearing aids.

“I’m sitting there and I’m watching from a distance. And the mom is signing to the little boy which I noticed he had his hearing aids,” she said.

So, Kathryn asked her coworker Brandie White if she could do sign language of happy birthday to the boy. Because she knew she had studied Speech-Language Pathology and Audiology at Middle Tennessee State University. Both then took the effort to search online on how to sing in sign ‘happy birthday.’

“She comes up to me and says Kat, Kat. I found a YouTube video of how to sign happy birthday. So we’re sitting down next to each other. It took us two seconds to learn it,” Kathryn recounted.

The two servers then came back to Octavius with a more impressive surprise. And his mom became very emotional for their kind gesture.

Shatika Dixon said, “Everybody thinks we’re crazy when we’re out talking and we’re signing. So it’s really important to me that someone noticed that and picked up on that and made that special just for him, my baby.”

Kathryn further said, “As a server I want you to be able to come in, I want to be like, ‘Oh this is my home. I belong here.”

For Octavius and her family, the entire night became beautiful and memorable.