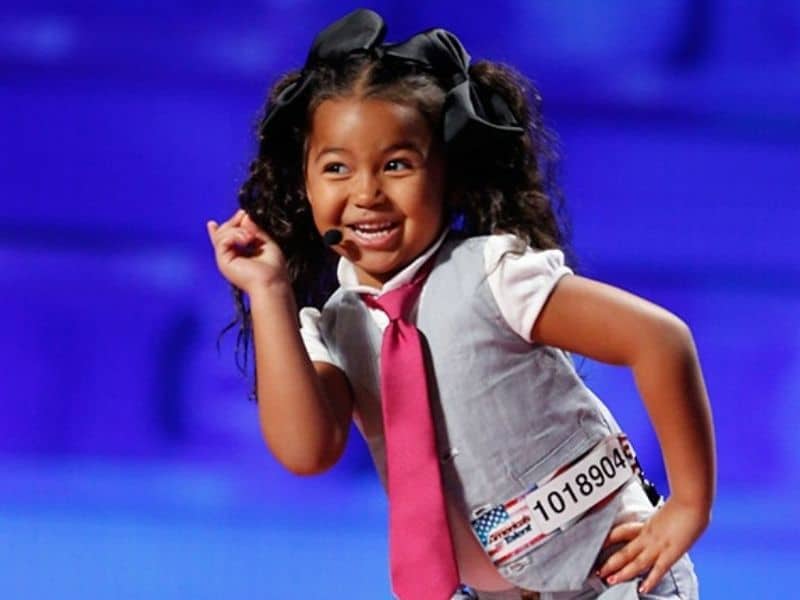 5-Year-Old Who Won Judges In America’s Got Talent Insists It’s Not Shirley Temple, But Jesus

A 5-year-old girl joined in America’s Got Talent in 2015. She won the audition with her adorable tapping and singing to Frozen’s song, “In Summer.”

Heavenly Joy Jerkins charmed the judges and audience with her bright smile and bubbly attitude. Despite her young age, she showed no fear on stage.

Howard Stern, who was one of the judges, got to ask her if she has any family in the music industry since she is already singing at a young age. To which she replied, “I was already singing since I was one.” Though Heavenly did not mention it, her father is actually Rodney Jerkins.

Rodney Jerkins is a multiple Grammy award-winning producer. He has produced music for some of the billboard artists like Michael Jackson, Whitney Houston, Britney Spears, Lady Gaga, and Beyonce. Today, Rodney is managing his Lifestyle Music Group which focuses on Gospel and Christian music.

Howard then asked Heavenly what she will do with the million-dollar prize if ever she wins. She replied, “Well if I get a million dollars, I don’t want them to keep them. I want to give them all over the world. Because some people don’t have any clothes, so I’ll give some clothes to them.”

Her heart-warming answer swooned everyone who heard her most, especially after her cute performance. They all stood in applause for Heavenly.

Howard was so amazed by Heavenly’s talent. He remarked, “You know when I was a little boy, I used to watch Shirley Temple movies on TV. Did you know I think Shirley Temple is living somewhere inside of you? Is that possible?”

But Heavenly was not sure about Howard’s vision. She corrected him, “Well, not Shirley Temple. It’s Jesus!”

The young singer’s boldness stunned everyone. They did not expect hearing that from a 5-year-old.

Her pure faith in Jesus is truly inspiring!