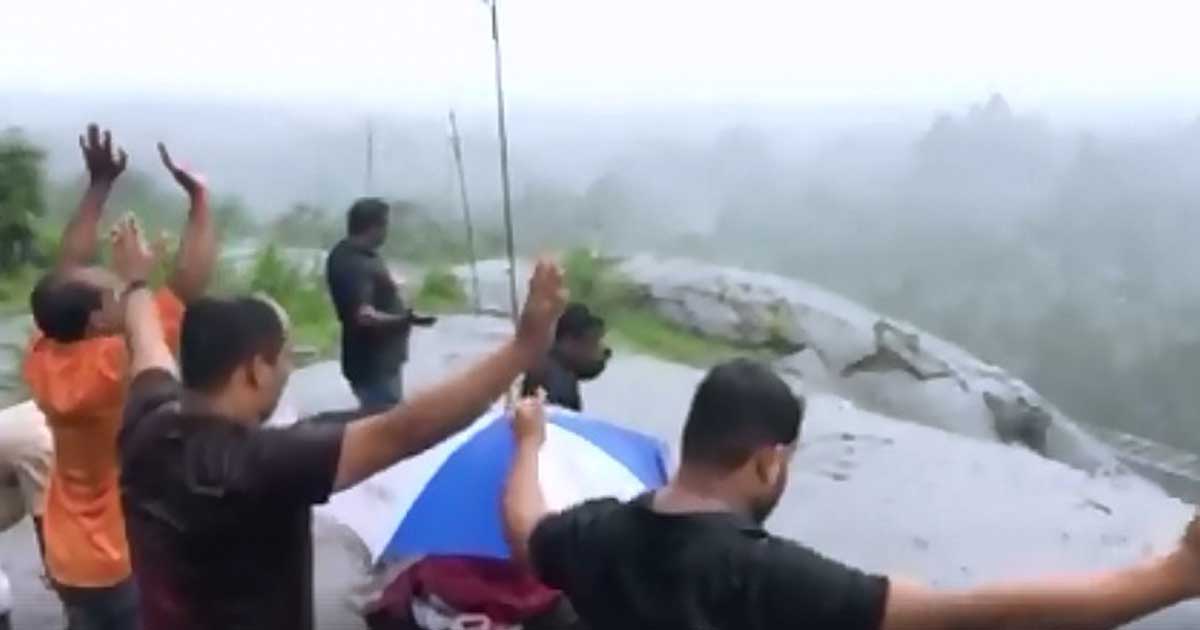 Recorded On Camera: People Worshiping In The Midst Of Heavy Rains In India

Due to the heavy rain that hit the Indian state August 16, 2018, the country suffered from severe flooding and mudslides.  According to AccuWeather, the death toll even rose to 324 people and more than 223,000 individuals have been displaced seeking shelter in over 1,568 relief camps in Kerala state.  Hundreds of homes were destroyed by the flood waters and even India’s largest airport, Kochi International Airport, was involuntarily closed last August.  Because of this catastrophe, India greatly struggled from damage and loss.  However, in the midst of all these unfortunate events, one video caught the world’s attention.

A group of people on a cliff were caught worshiping and praying in the midst of the heavy rains.  They literally faced the sky praying and asking for God’s protection over India.  These men didn’t mind the rain that was heavily pouring on them, instead they persistently prayed to God.

This is a very rare captured moment from the hearts of men who have a remarkable zeal for God.  These men don’t simply represent faithfulness, they truly inspire people in a million ways to do the same!

Whatever situation you may be in right now, if you are in an unfavorable situation, or going through a storm in your life, keep on worshiping the LORD and in due time, you will receive your reward.  God is faithful and HIS love for you will never ever fail.