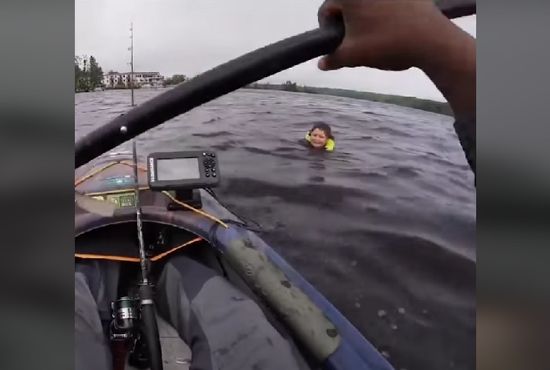 A kayaker is now a hero after saving a drowning young boy who was left stranded in the middle of a cold river.

On July 5, David Jones was paddling in his kayak over the cold waters of the St. Louis River in Duluth. He was fishing when he noticed a young boy screaming for help. The desperate cries were from a 6-year-old boy who was wearing a life jacket and was terrified after being stranded in the cold river.

“It was the sound of a child that was screaming who was in complete panic, complete fear, and just something that was almost indescribable or something that you would honestly hear from a horror movie,” David said.

“Are you gonna be able to make it into shore? Do you need some help?” he asked the little boy in the video. 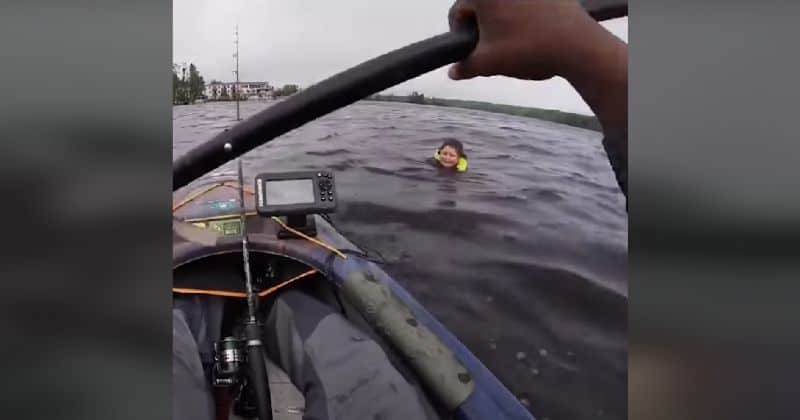 Thanks to his background in patient care as a behavioral health technician, he was able to calm the panicking boy. He had him grab onto his kayak and then he carefully paddled into the shore. While on their way to the shore, David continued to talk to the young boy so that he could remain calm.

“You’re strong, right? OK. All right. So I just need to be strong for a few more seconds,” he told the boy.

As soon as they reached the ground, they went to the nearest home to ask for help. They immediately brought a towel for the kid to try to dry and warm him up. They also called 911. When the paramedics arrived, they checked on the kid’s health. Thankfully, the boy didn’t suffer from hypothermia and was again reunited with his worrying dad.