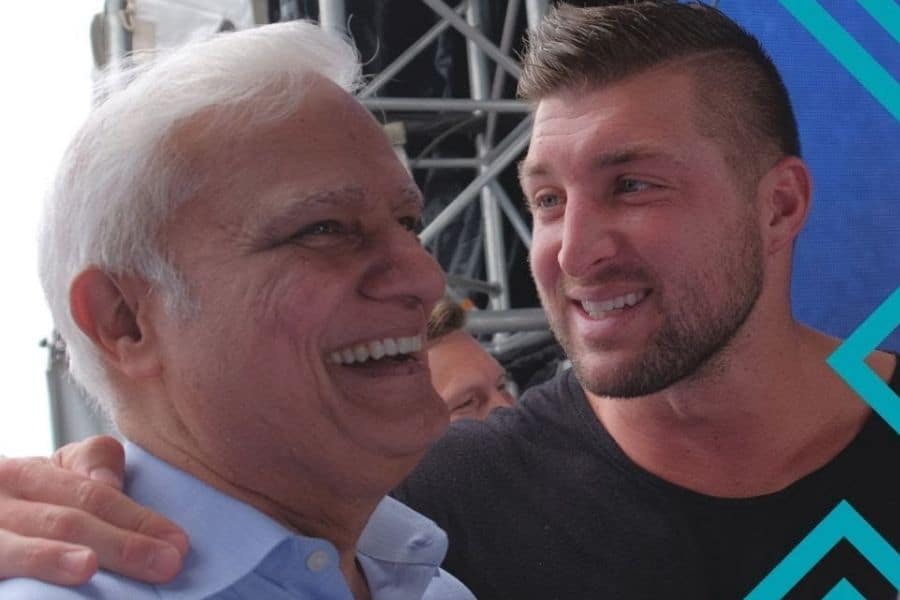 Tim Tebow held back tears as he paid tribute to his “hero of the faith” Ravi Zacharias after learning that there is no way to treat the minister’s cancer.

In March, Ravi Zacharias announced that his doctors found a cancerous tumor on his sacrum. He has been battling cancer since then. Recently, he was informed that there is nothing more they can do to treat the advanced stage of cancer.

On Friday, the Ravi Zacharias International Ministries shared an update about the minster’s faith.

“We have just learned that while the tumor in my dad’s sacrum has been responding to the chemotherapy, the area where cancer metastasized has actually worsened,” Sarah Davis, CEO of RZIM and Ravi’s daughter, wrote. “His oncologist informed us that this cancer is very rare in its aggression and that no options for further treatment remain. Medically speaking, they have done all they are able.”

Upon learning about Ravi’s health condition, Tim Tebow paid tribute to the man whom he considers his “hero of the faith.” 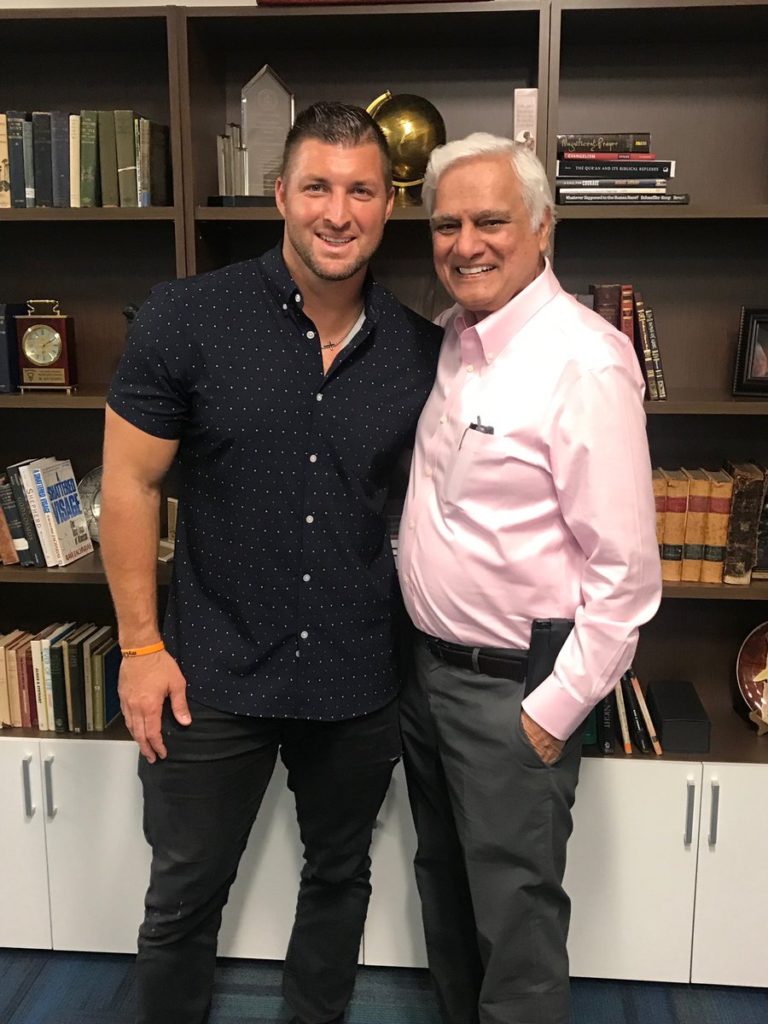 “I think it’s really important in life to have heroes, and especially in the faith. One of my heroes of the faith is a man named Ravi Zacharias. He’s not doing very well,” the former NFL quarterback said.

Tim also asked everyone to pray for Ravi and to share how his ministry impacted their lives.

“So, I would like to ask you to be praying for him. And two, I know Ravi has inspired me and millions of people around the world, so if he’s someone that has inspired you, I would like for you to please write a sweet caption on this. Because I would love to be able to show this to him and his team,” he said.

As Tim tried to hold back tears, he expressed his gratitude to his friend and mentor.

“I’m so grateful for Ravi and his life and our friendship. And everything that he has helped mentor me in,” Tim said. “I just want to share so many of these stories, how he’s touched your life, how he’s touched my life. To be able to encourage him before he goes home to his forever home with his Heavenly Father.”

Just wanted to share this message in regards to my good friend and a hero of the faith, @ravizacharias. A couple of things, please join me in prayer for Ravi and his family as he battles this fight against cancer. Also, if Ravi has touched your life or inspired you along the way, I would love for you to share your story in the comments. I hope to be able to deliver your comments to Ravi and his team to encourage them in this time.