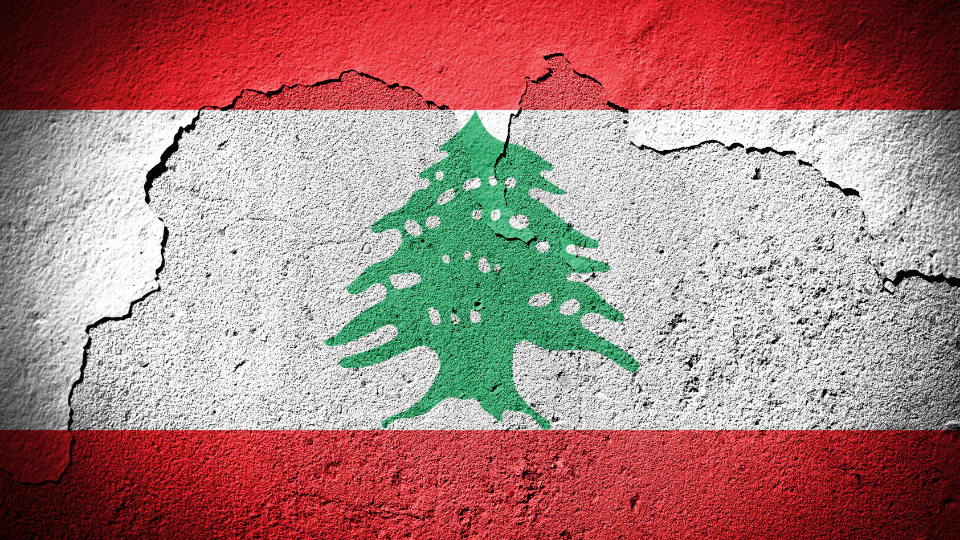 On July 4, 2021, Israeli Defense Minister Gantz and IDF Chief Kochavi dedicated a memorial site to the South Lebanese Army in northern Israel.  The story of Lebanese political history is incredibly complicated, and it’s very difficult to draw direct spiritual conclusions. However here is a bit of background summary:

Up until the 1970s Lebanon was an unusual Middle Eastern nation.  It was Arab, and yet had much European culture (some good and some bad), primarily because of French influence. Beirut was even called, the “Paris of the Middle East.”

In 1969, the Lebanese government signed “The Cairo Agreement”, that allowed the Palestinian PLO to use Lebanese territory to fight against Israel from southern Lebanon. There was much disagreement between the different ethnic groups in Lebanon concerning the Cairo resolution.  Many parties began to fight for independence.

The largest party was formed mostly of Maronite Christians, called the Phalangists, under the leadership of Pierre Gemayel. His son, Bashir Gemayel, later united the different Maronite militia groups under one new party called the Lebanese Forces (the largest Christian political party in Lebanon today). They fought against the PLO, the Syrian army, and Lebanese Muslim parties who sided with the Palestinians, backed by the entire Arab world, including the Gulf states.

The PLO and some Lebanese Muslim militia launched missile attacks against Israel, which led to Israel invading Lebanon in June 1982 in the Operation Peace for Galilee, which expanded into the First Lebanese War. Prime Minister Begin and Defense Minister Sharon met with the Phalangists and proposed full alliance with them. The South Lebanese Brigade, led by General Saad Haddad, broke away from the army’s general leadership and announced its alliance to Israel. They fought alongside them and were funded by the Israeli government.

In August 1982, Bashir Gemayel was elected as President of Lebanon. In September 1982, he was killed by a terrorist bomb by the Syrian Social Nationalist Party, while giving a speech in one of the Phalangist party centers in Beirut.

In response to this murder, the Phalangists entered the Sabra and Shatilla Palestinian refugee camps and slaughtered the residents there. Israel received much blame for this tragedy, because Ariel Sharon and Israeli Army units were located nearby and did nothing to stop it.

It is worth remembering here that the Ayatollah Shiite regime in Iran began in 1979.  They began using their national resources, especially money from oil sales, to promote Islamic extremism all over the Middle East. Perhaps their greatest project was backing Hezbollah, the Islamic extremist Shiite party in Lebanon, which also began in 1982.

In the midst of the multi-ethnic fighting, including Sunni Muslims, Palestinians, Syrians, Maronites, Druze, etc., Hezbollah became stronger and stronger. In 1986, at the end of the First Lebanese War, the Israeli Army and the South Lebanese Army pulled back to the buffer zone up to the Litany River in South Lebanon.  IDF and SLA remained full partners.

In the year 2000, Israeli Prime Minister Ehud Barak decided to pull all Israeli forces out of Lebanon.  It was feared that this would lead to the Maronite Christians being slaughtered by Hezbollah. At that time 6000 SLA and family members were allowed to enter Israel. Hezbollah took over the rest of South Lebanon.

Little by little, these Southern Lebanese have been integrated into Israeli society; however, with much suffering and problems.  The memorial and their place of honor within Israel were long overdue.

To ensure its power over Lebanon, Hezbollah appointed corrupt politicians, on the agreement that Hezbollah would cover their corruption; and those politicians would cover Hezbollah’s legal presence as a military power. After two decades of Hezbollah’s dominance, Lebanon seems to be collapsing altogether. Some are calling this the worst economic crisis in modern history.

Please pray for this dear country.  They have suffered much. We love Lebanon and desire its peace, prosperity, and above all a true revival there. We also pray for a renewed partnership between Israel and Lebanon as in the days of Solomon in I Kings 5, for the worship and glory of God. 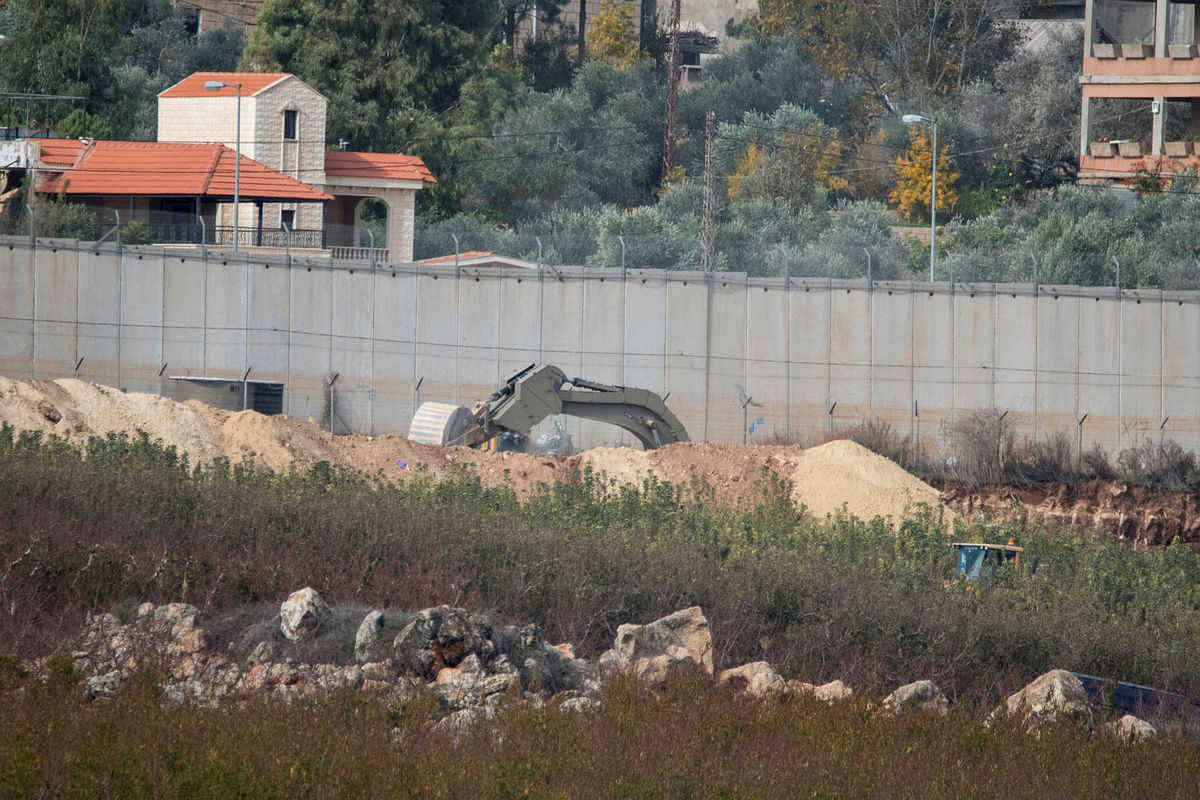 The Hezbollah terror organization is planning a massive attack on Israel in the near future, and Israel should be prepared for an attack from the Gaza Strip as well, analysts in Israel and the Arab world estimate.

Speaking from a bunker in Beirut on Sunday, Hezbollah Secretary-General Hasan Nasrallah said that Israeli troops on Lebanon’s border should “stand on a leg and a half and wait for our response which may take place at any time on the borders and beyond the borders.”

Analysts who watched Nasrallah’s address and have monitored his actions over the years say he does intend to act on his threats.

He was responding to the Israeli Air Force’s (IAF) attack on Iranian terror targets in southern Syria that prevented a “pending, large-scale attack of multiple killer drones.”

The IAF struck Iranian Quds Force operatives and Shiite militia targets in Syria in the town of Aqraba, situated south-east of Damascus. Hezbollah operatives Hasan Yousif Zbib and Yasir Ahmad Dahir were killed in the strike.

The Iranian-led forces were planning to launch armed drones at Israeli targets in the coming days, the IDF said.

Israeli analyst Yoni Ben Menachem believes that Nasrallah is preparing the ground for an attack on Israel, that he intends to follow through with his threats, and that he is currently planning the assault with his military chiefs.

Ben Menachem further thinks that the attack will not be a limited strike as in similar incidents in recent years, but will be “on the borders and beyond the borders,” a much broader assault.

A significant attack by Hezbollah on Israel will elicit a strong response from Israel that will hit Lebanon in its entirety. Such events could lead to a regional war.

Ben Menachem, an analyst with the Jerusalem Center for Public Affairs (JCPA), also estimated that an attack from Lebanon will ignite another front with Hamas and the Islamic Jihad in the Gaza Strip. The two terror organizations are committed to a form of defense pact with Iran.

A Hamas delegation, led by Hamas deputy chief Saleh al-Arouri, visited Tehran in July and agreed with the Iranian leadership on “a new unified front” against Israel, which includes Hezbollah, the Iran-backed Houthi rebels in Yemen, and Shi’ite militias in Iraq.

Hamas leader Ismail Haniyah sent a letter to Iran’s leadership with the delegation pledging Hamas’ allegiance in an event of an attack by Israel or the US.

Ben Menachem said that Israel must, therefore, respond forcefully to any aggression emanating from Gaza, as Hamas will commit its entire arsenal to a war on Israel if the latter clashes with Hezbollah or Iranian forces.

“Israel must be prepared for a military front in the north and simultaneously in the south. The Iranian octopus will activate all its tentacles in an event of a confrontation with Israel, which must be well prepared,” he wrote Tuesday.

He suggested that Israel consider a preemptive strike against potential threats.

The IDF issued stringent and limiting guidelines to IDF forces operating on the border with Lebanon to minimize Hezbollah possible targets.

Prime Minister Benjamin Netanyahu stated Tuesday that he “heard Nasrallah’s words. I suggest Nasrallah relax. He knows very well that the State of Israel knows how to defend itself and how to pay back its enemies.”

“I want to tell him and the Lebanese state, which is sheltering this organization that aspires to destroy us, and I also say this to [Iranian General] Qassim Suleimani: be careful with your words and be even more careful with your actions,” Netanyahu said.