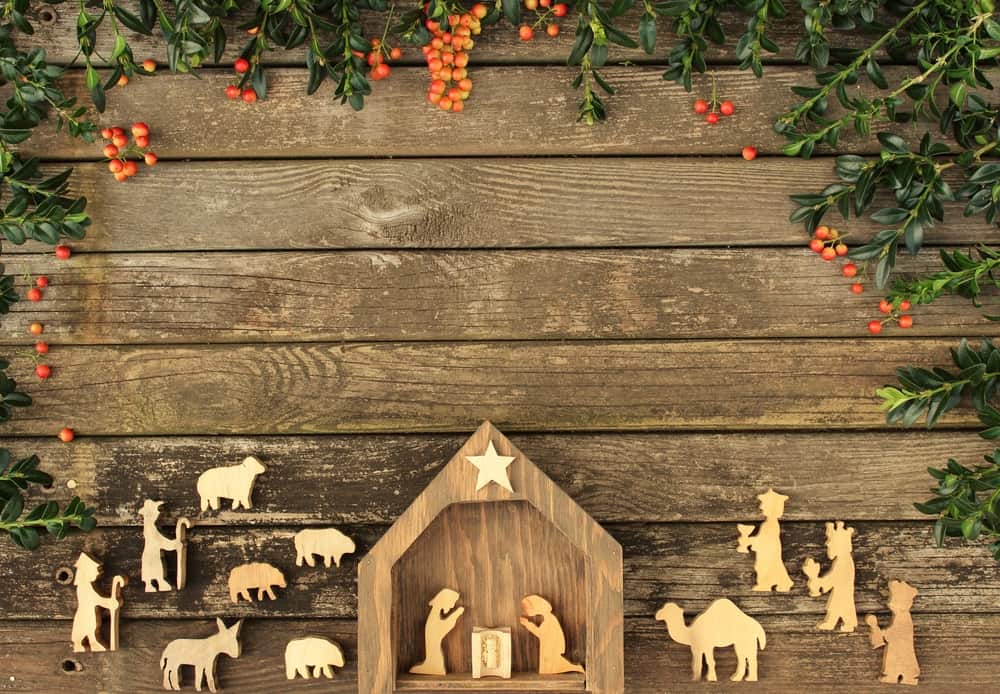 The Hidden Message Revealed Through Each Detail Of The Christmas Story

Each year, as the Christmas season ramps up and I begin to transition to the holiday music, there’s always a line in one of the traditional hymns that moves me to worship. One year it was the simple verse, “God and sinners reconciled,” from “Hark! The Herald Angels Sing.” The next was the proclamation that “In His name, all oppression shall cease,” from “O Holy Night.” But this year, a stanza from the less familiar “God Rest Ye Merry Gentlemen,” provokes the praise: “Remember, Christ our Savior was born on Christmas day to save us all from Satan’s power when were gone astray.”

Perhaps the significance of this line to me is that it poignantly portrays the often-overlooked meaning of Christmas.

Most never consider the purpose of Christmas has anything to do with spiritual battles. But, this is precisely what John declared was the mission of Christ’s ministry on earth: “For this purpose the Son of God was revealed, that He might destroy the works of the devil.” (1 John 3:8). Yes, the original Christmas is the inauguration of Jesus’ entry into this world to transfer us from the dominion of darkness and into God’s marvelous light.

Let’s begin on the same page about the world into which Jesus was born. It was a world under the influence of the enemy. In short, in the beginning, the serpent deceived Adam and Eve with a promise of knowledge of good and evil. By succumbing to his scheme, the first couple effectively handed over to the devil the dominion that God had previously given them (See Genesis 1:26, 28). From this moment, creation was fallen. For the first time, death reigned, and with it, all of its counterparts: sickness, disease, and suffering.

The only solution to restore something from death is to cover it with perfect life. Thus, God eventually instituted a law of atonement in which the sins of His people were cleansed by the lifeblood of a pure, spotless lamb.

Certainly, a fallen creation wasn’t God’s original will. Animal sacrifice was only meant as a temporary solution to point to what would later come: the redemption plan devised from the beginning. This is what Peter announced. Before the Creation, God had a plan in place that His Son, Jesus, would come to earth to be the final, once-for-all sacrificed Lamb of God (See 1 Pet. 1:19–20). As the Lamb who was slain, Jesus would destroy the works of the enemy: the power of sin and all its effects.

The first Christmas marks the moment when this Word became flesh. As we’ll now explore, everything about the Christmas story points to this purpose.

One of the most familiar details of the Nativity is also one of the most revealing. It’s Bethlehem, the birthplace of Jesus. Luke records that because of a census, Joseph and Mary had to return to Bethlehem, the city of Joseph’s descendants (See Luke 2:4). However, it’s not happenstance that Jesus was born during this visit. No. Scholars report Bethlehem is the city where lambs purchased for sacrifice in the temple were born and raised. In fact, every first born male lamb in Bethlehem was set aside to later be delivered to Jerusalem. And so was the Lamb of God.

Luke’s account chronicles that after Mary delivered baby Jesus, she and Joseph had to settle upon resting Him in a manger, wrapped in swaddling clothing. Once again, this wasn’t the product of mere coincidence. It wasn’t only because, “there was no room for them in the inn” (Luke 2:7). But rather, it was ordered by God as a prophetic setting for Jesus’ destiny.

A manger is “phatne” in the Greek, which is simply another word for a feeding trough. Of course, such a place is suitable for a lamb. Fittingly, it’s where the Lamb of God spent His first days.

A region known for raising lambs should also be known for shepherds. Bethlehem was no exception. Luke concludes his Christmas story retelling about angels who directed nearby shepherds to tend to the newborn Jesus (See Luke 7:8–20).

It’s only appropriate that shepherds were the first to visit Jesus. After all, it is a shepherd’s responsibility to tend to the birth of infant lambs. Little did they know they were tending to the birth of their final sacrificial lamb.

Neither the plot, the place nor the people included in the Christmas story came about by happenstance. No, each detail was strategically selected by God to reveal the message of all messages: Jesus Christ, the Lamb of God, came to earth for a mission. He would take upon the sin of the world and thereby destroy the works of the enemy in my life, your life, and the lives of all who know Him as Savior.

(For a much more detailed and inspirational exploration of the significance of each detail in the Christmas story, watch my “Unwrapping the Real Meaning of Christmas” short film in the video above.)