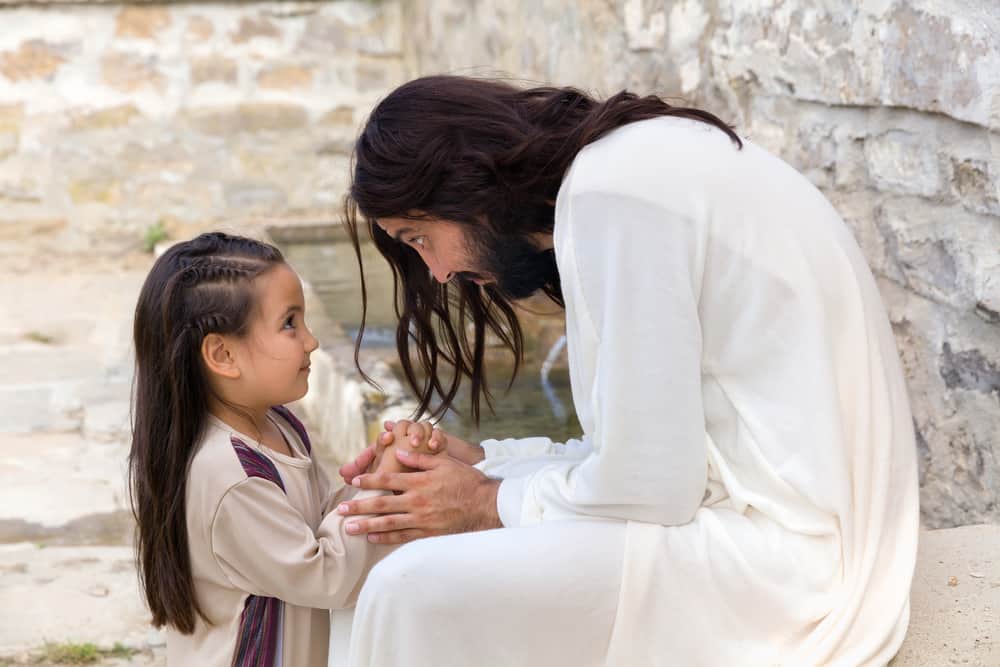 Can We Prove That Jesus Was a Really Existed?

There are more paintings of Jesus Christ, stained glass windows, sculptures than any other subject for a work of art. He is probably the most famous person who ever lived, yet what is the historical evidence of His existence?

Today some people claim there is more fact than fiction about Jesus, while others believe he was a fable, rather than a real historical figure, but the written evidence that he lived 2,000 years ago is there in abundance for all to read.

An estimated 2.18 billions Christians across the world believe that Jesus Christ lived, that he died on the Cross for their sins and rose again on the third day. Many of them have had a spiritual experience that confirms to them the truth about their faith, but what are the hard facts of Christ’s existence?

What is the written evidence?

Historians use historical documents as evidence that what happened in the past is true and there is an abundance of written documentation to prove Jesus of Nazareth actually lived. The major historical sources that mention him are the Jewish historian Flavius Josephus and the Roman historians, Tacitus, Suetonius and Pliny, not to mention scores of Christian writers too.

What is the Christian evidence that Jesus lived?

Many people believe that the New Testament Gospels are sufficient evidence in themselves. They are four detailed biographical accounts that were written about 40 years after Jesus’s death by his followers, who witnessed what happened themselves and who knew Him personally. St Paul was actually the first Christian to write about Jesus in his letters and experts agree that these epistles were penned within 25 years of Jesus’s death.

What is the non-Christian evidence?

No one in the ancient world questioned whether Jesus Christ actually existed but his or her views of him were not always favourable. The Jewish Rabbis denounced Jesus as a sorcerer and the illegitimate child of Mary, while others like the philosopher Celsus and the satirist Lucian regarded Jesus as a rogue.

The Jewish historian Flavius Josephus mentions Jesus twice in his history of Judaism, which was written, about AD93. There is controversy over one of these references as some scholars believe it may have been corrupted by Christian scribes, but there are no such suspicions about the second, which refers to James, the brother of “Jesus, the so-called Christ”.

“The abundant historical references leave us with little reasonable doubt that Jesus lived and died. The more interesting question – which goes beyond history and objective fact – is whether Jesus died and lived.” Simon Gathercole.

Reference to Jesus by the Roman historian and Senator Tacitus are generally considered to be authentic by scholars. He refers to the execution of Jesus by Pontius Pilate on one page of his work “Annals” (in book 15, chapter 44) (written about AD116). Tacitus also described the Great Fire of Rome and the torture of Christians.

The Roman historian Suetonius (c. AD69 – c. AD122) mentions early Christians in his “Lives of the Twelve Caesars.” He describes the expulsion of Jews from Rome by Claudius: “Since the Jews constantly made disturbances at the instigation of Chrestus, he expelled them from Rome.” This may be reference to the incident mentioned in Acts of the Apostles (18:2). In this context he talks about Chrestus and some see this as a reference to Jesus, while others don’t. Suetonius, like others, is far from complimentary about Christians in his writings.

Pliny the Younger was the Roman governor of Bithynia et Pontus (now part of Turkey) and he wrote to Emperor Trajan in AD112 asking for advice on how to deal with the Christians. In the letter, Pliny states that he gave Christians multiple chances to affirm their innocence (the crime was likely to have been the refusal to worship Roman gods) and he was concerned at the rapid spread of Christianity calling it a “superstition.”

Who rejects the idea that Jesus lived?

Atheists appear to be the main people who argue against the existence of Jesus Christ calling it a myth or pseudo-scholarship. In his book the French philosopher Michael Onfray described Jesus as a hypothesis. In 2007, The Jesus Project was launched in the USA to debate whether Jesus actually existed or not. The historian of religion, R. Joseph Hoffman, who initiated the project, noted that the more people studied Jesus, the more vague and the more ambiguous He became, as opposed to the other way around.

Is there any other evidence?

Scientists have spent lots of time examining the shroud of Turin, which was supposed to have been Jesus’s burial shroud. Pope Benedict XVI is quoted as saying “no human artistry was capable of producing” it. There is also allegedly an ancient coin showing Jesus wearing the crown of thorns.

This theory is the proposition that Jesus never existed or if He did, He had little to do with the founding of Christianity. However, this theory has very little support among current scholars.

What do people believe?

In February 2017 the BBC commissioned a religion survey of 2,010 Brits and of those participating in the survey, 46% believed in life after death, while 46% didn’t and the remainder said they did not know.

There are many historical references that prove Jesus lived and died. Even many notable experts, who have researched the historicity of Jesus, have concluded that Jesus did exist as opposed to being a myth.

As Dr Simon Gathercole has said, writing in The Guardian, “The abundant historical references leave us with little reasonable doubt that Jesus lived and died. The more interesting question – which goes beyond history and objective fact – is whether Jesus died and lived.”

That is something we each need to consider for ourselves, deciding whether Jesus Christ is Man or Myth, Fact or Fiction? And, whether or not He is our Lord and King.