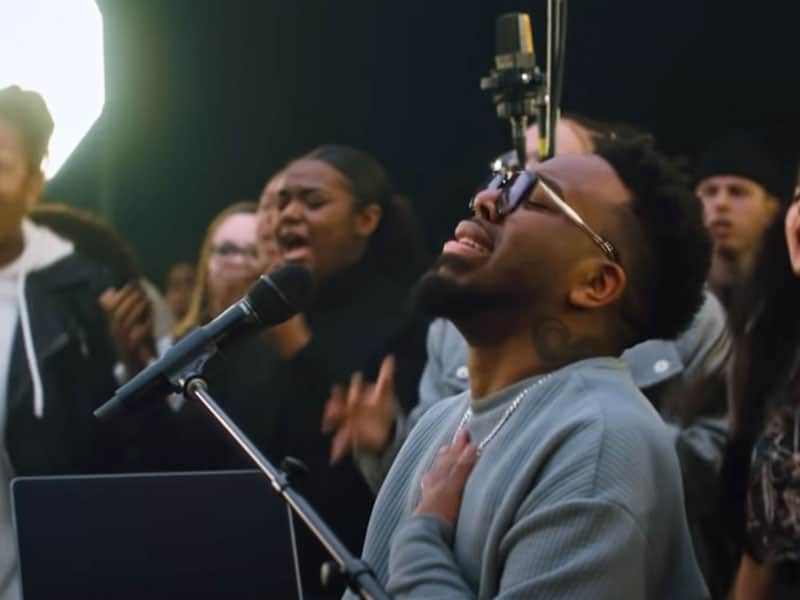 After 20 years, another Christian group is making history as they perform at the Grammy Awards. And the Maverick City Music is giving all the glory to Jesus.

Maverick City Music is known popularly for its powerful worship music like “Jireh,” “Man Of Your Word,” and “Wait On You,” which Justin Bieber once shared in one of his Instagram posts. These songs they shared with the world have deeply ministered to millions. And no wonder the Grammys took notice. 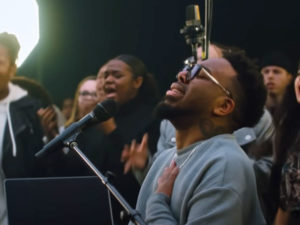 Today, the Christian group is giving all the glory to God as they perform during the 64th annual Grammy Awards. The group is also “nominated in all four categories across the two genres,” according to Faithwire’s report. The Grammy Awards nominated Maverick City Music for “Best Contemporary Christian Music Performance/Song, Best Gospel Performance/Song, Best Gospel Album for Jubilee: Juneteenth Edition, and Best Contemporary Christian Music Album for Old Church Basement with Elevation Worship.”

What’s more, is that they are the first Gospel artist in 20 years to be televised at the prominent awards ceremony. According to Relevant Magazine, the last one was in 2002—”Brian McKnight, Al Green, Hezekiah Walker, and Cece Winans.”

“Blessed is an understatement for how we feel about all #Jireh is doing in this moment,” said Maverick City Music. “We’re making history. We truly feel that we have been placed here for such a time as this. And are excited to continue to share this journey with you all!”

The Christian artist will perform “Jireh” on stage.

In a report by CBN News, the group was recognized in 2018 after Christian artists came together to create music for God. When they recorded music, they never expected would land them in the limelight. But above all, they are grateful for how God used their songs to minister to millions.

“What we did not intend to happen, happened in a major way,” one of the artists, Chandler Moore, said in an interview with KGPE-TV. “We became this thing called Maverick City Music. What was just writing sessions turned into a thing that now the world is getting a chance to hear. And we’re on a ride that we didn’t prepare for. A ride that we didn’t really set out to be on. But we’re having so much fun and now two years later we’re doing a tour which is insane.” 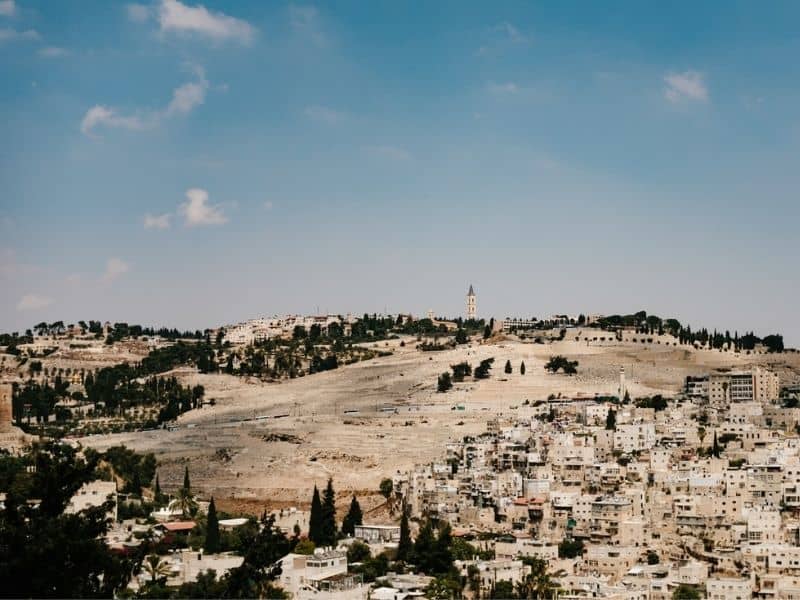 The Spiritual Significance Of Mount Olives

Mount Olives holds a religious significance for the Jews and Christians. It is a mountain hill overlooking the City of Jerusalem, appearing several times in the New Testament and twice in the Old Testament.

Mount Olives is named after the olive groves lined the hillside like its name. There is a 2,000 years-old olive tree located on the mountain peak to this day. The famous mountain is also referred to as the “Mountain of Anointment.” The moniker comes from pressing olives to produce oil in anointing kings.

Biblical references of the mountain mostly appear during the ministry of Jesus. It is only mentioned twice in the Old Testament. It happened when King David was rejected as king by his son, Absalom. He retreated to Mount Olives to mourn his grief for betrayal. And the second is Zechariah’s prophecy about the second coming of Jesus Christ (Zechariah 14:3-4).

Indeed, it is a place of fulfilled prophecies. The many Messianic prophecies in the Old Testament usually happened in the groves of olives. Just like David, Jesus’ abandonment and betrayal occurred there. He got arrested after praying in the Garden of Gethsemane, located in Mount Olives.

And after His death and resurrection, the disciples witnessed His ascension in the mountain. They were left with a promise of His second coming and a commission to go and make disciples.

Today, millions of tourists visit the mountainside every year. Jews believe that when the Messiah comes, He will appear on Mount Olives as prophesied by Zechariah. So, they have requested to be buried on the mountain site throughout history. They wanted to have a front-row seat to welcome the Messiah. To this day, we don’t only see the olive trees but also graveyards lining the hillside.

Mount Olives is a place of hope. The historical site reminds us of the hope we have in Jesus Christ. In Him, we know that His death redeems us, and we are made alive in His resurrection.