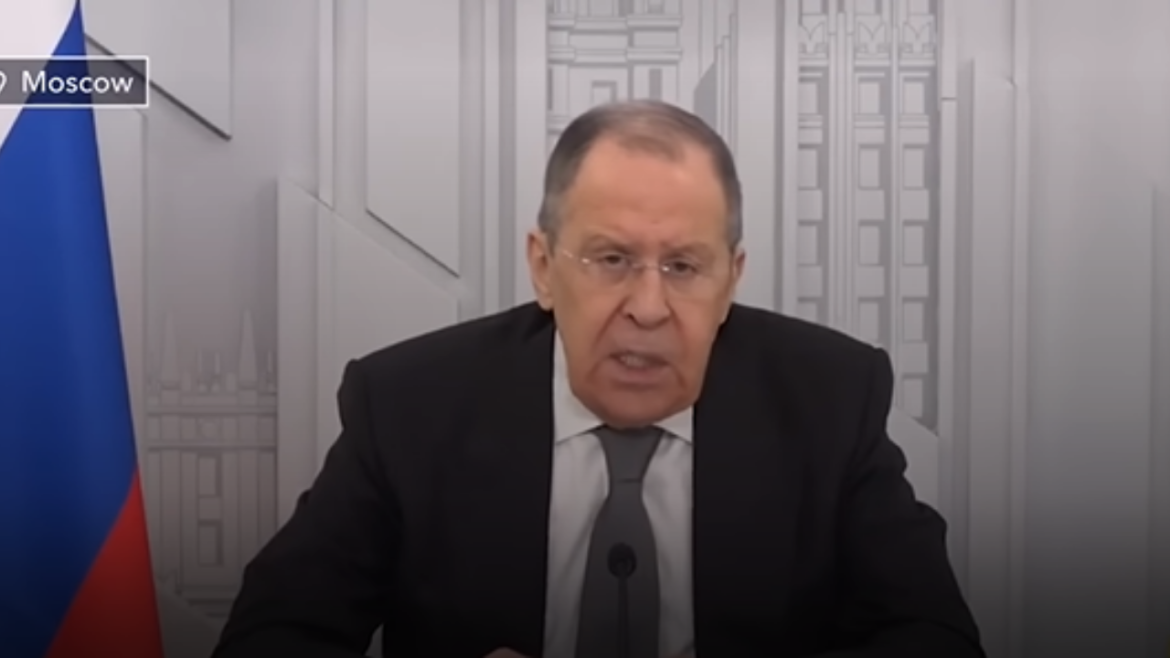 Russian President Vladimir Putin has sold his attack and attempted land grab in Ukraine to the Russian people on the premise that Nazis have taken over the former Soviet country and he must rescue those sympathetic to Russia who are trapped there.

“The fact that he (Zelensky) is a Jew does not negate the Nazi elements in his country. I believe that Adolf Hitler also had Jewish blood,” Lavrov said. “Zelensky can promote peace between the states if he stops giving orders to his Nazi forces that border on crime.”

“For a long time now, we’ve been hearing the wise Jewish people say that the biggest anti-Semites are the Jews themselves,” Lavrov added.

On Tuesday, Lavrov’s office doubled down on his claims by accusing Israel of supporting the “neo-Nazi regime in Kyiv.” A spokeswoman for the Russian Foreign Ministry said, “Israeli mercenaries are practically shoulder to shoulder with (the far-right) Azov militants in Ukraine.”

Israeli Foreign Minister Yair Lapid called out Lavrov for his accusations. Lapid said the statements were “unforgivable and outrageous” and a “terrible historical error.” He also summoned the Russian ambassador to Israel for a “tough talk.”

“Jews did not murder themselves in the Holocaust. The lowest level of racism against Jews is to accuse Jews themselves of anti-Semitism,” Lapid said in a statement.

[Check out Ron’s article from yesterday, proving that Putin is actually the one who is copying Hitler’s playbook.]

“The origin of the stories about Hitler’s Jewish roots go back to his paternal grandmother, Maria Anna Schikelgruber (1796–1847), who was unmarried when she gave birth to Hitler’s father in 1837.”[1] There was talk that one of the possible fathers of Hitler’s father was a Jewish man named Frankenberger. Hitler was relieved that “later investigations by the Gestapo into this matter found no new evidence to the claim that Hitler had a Jewish grandfather.”[2] Blood poisoning (from Jews) was a great concern to Adolf. But the idea that Hitler lived as a Jew and then turned against his fellow Jews is absolutely absurd and has never even been suggested as far as I know.

Zelensky said in an interview this week that Lavrov is just picking up where Joseph Goebbels, Hitler’s propaganda maestro, left off. Moscow is “following the same concept of Goebbels, and they are using the same methodology” to justify the war against Ukraine. Goebbels was masterful at popularizing the Nazi’s antisemitic message with the German masses, which in turn opened the door for the Final Solution (the murder of 6 million Jews and millions of others that Hitler and the Nazis found “objectionable.”) And Zelensky said that, so far, the world’s response to Lavrov’s comment has been “weak.”

“The prime minister accepted the apology of President Putin for comments by Lavrov and thanked him for clarifying the president’s view of the Jewish people and the memory of the Holocaust.”

The Kremlin’s version of the call was a little different—there was no mention of an apology, and it only referenced that the two men spoke of “historic moments.” They probably agreed to release both versions. Bennett needed to show that the Russian president realizes how absurd the comments were. But Putin needs to also show his own people that he apologizes to no one. Politics…

Putin also offered congratulations on Israel’s Independence Day and promised to allow for the safe evacuation of civilians trapped in Ukraine’s hot zones.

While Foreign Minister Yair Lapid has been vocal at times over Russia’s actions, Bennett continues to steer clear of condemning Russia in the Ukrainian conflict. Putin controls the skies over Syria, and Israel needs the access for national security.