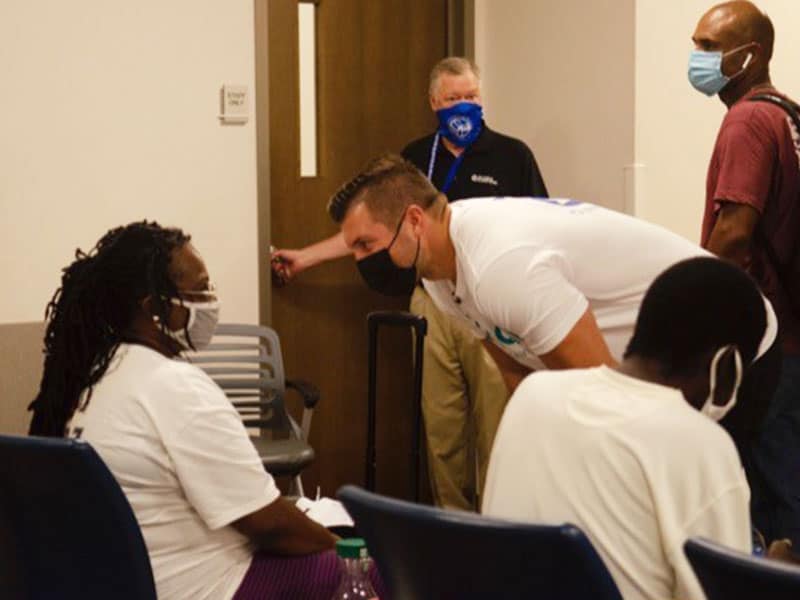 Outspoken Christian Tim Tebow donates shoes to a homeless shelter, and when he didn’t have enough, he gave the shoes off his own two feet.

Tim Tebow is known for being outspoken in his Christian faith. But more importantly, he demonstrates that faith in his life. The 33-year-old continues to advocate for supporting teens with special needs. Moreover, he shares the love of God wherever and whenever, such as visiting prison cells, battling human trafficking, and risking his sport to save unborn babies. And just recently, reports say that the former NFL athlete visited a homeless shelter.

Read Also: Tim Tebow’s Bold Message: ‘Would You Rather Have Likes Or Respects?’ 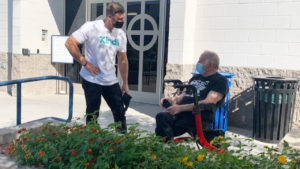 This week, Tim dropped at Phoenix shelter to donate 50 pairs of new shoes to the homeless people. And according to local reports, when he found out he didn’t bring enough, Tim gave away the pair he wore as well.

Tim also noted the names of those who have not yet received new shoes. Then he sent them through the nonprofit St. Vincent de Paul, according to KNXV.

“If you ask me, or any of our guests, Tim has gone from professional athlete to Super Hero in just a few years,” Steve Zabilski, CEO of St. Vincent de Paul told Fox News. “His actions off the field are as impressive as any last-minute touchdown pass, or game-winning home run. I think we all can agree on that.” 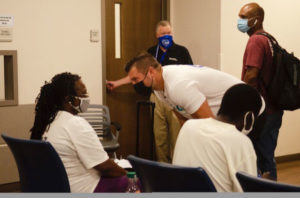 In February, he told a pro-life audience that he would rather be known for saving babies than winning Super Bowls.

“It really does mean a lot more than winning the Super Bowl,” he said at a Kansans for Life banquet. “One day, when you look back and people are talking about you and they say, ‘Oh my gosh what are you going to be known for? Are you going to say Super Bowl or we saved a lot of babies?'”

Tim has been going out of his way to help others because of his faith in Jesus. He has been using his God-given platform to bring glory to God’s Name.

Praise God for his life!