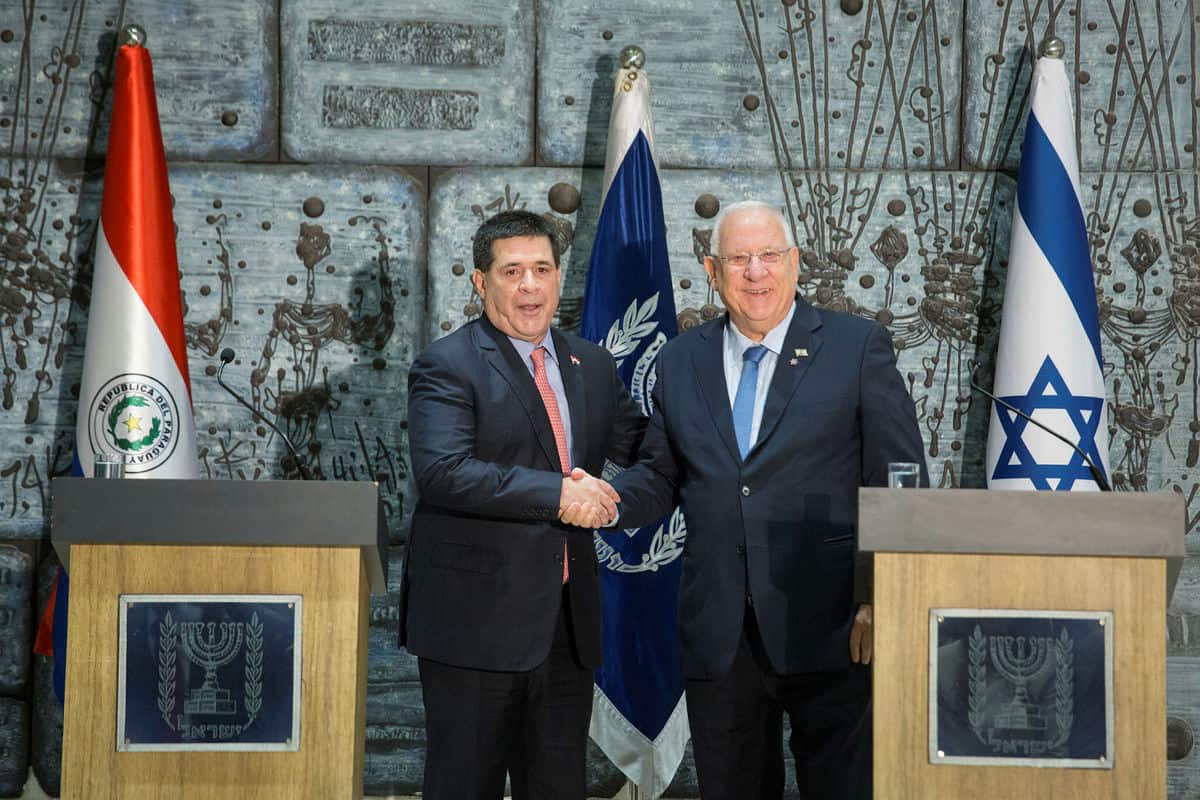 Embassy of Paraguay Opens in Jerusalem

Paraguay officially moved its embassy to Jerusalem on May 21, becoming the third country to make the move after the United States and Guatemala moved their embassies to the capital on May 14 and 16, respectively.

Netanyahu said Israel would “never forget” that Paraguay had helped Jews escape Nazi Germany during the second World War and that it had supported the creation of Israel and the recognition of the State of Israel in the United Nations.

Paraguay, Netanyahu added, had, under Cartes’ leadership, taken a “bold stance” in international affairs and had “refused to cooperate with the lies directed against Israel.”

“We always remember that. Thank you Horacio. Thank you, and thank you Paraguay.” Netanyahu said.

Cartes said that moving the embassy to Jerusalem “expresses the sincere friendship and brave solidarity between Paraguay and Israel.”

“From the depth of my heart, I appreciate this country that courageously defends its right to live in peace and it is building a praiseworthy economically prosperous state that ensures its future and that of its children,” the Paraguayan president said.

Netanyahu later hosted Cartes at a reception at the Foreign Ministry in Jerusalem.

Ahead of the opening of the embassy, foreign ministry spokesman Emmanuel Nachshon tweeted “These are extraordinary times in which our beloved capital receives its due international recognition. A great time for Israeli diplomacy and many more to come.