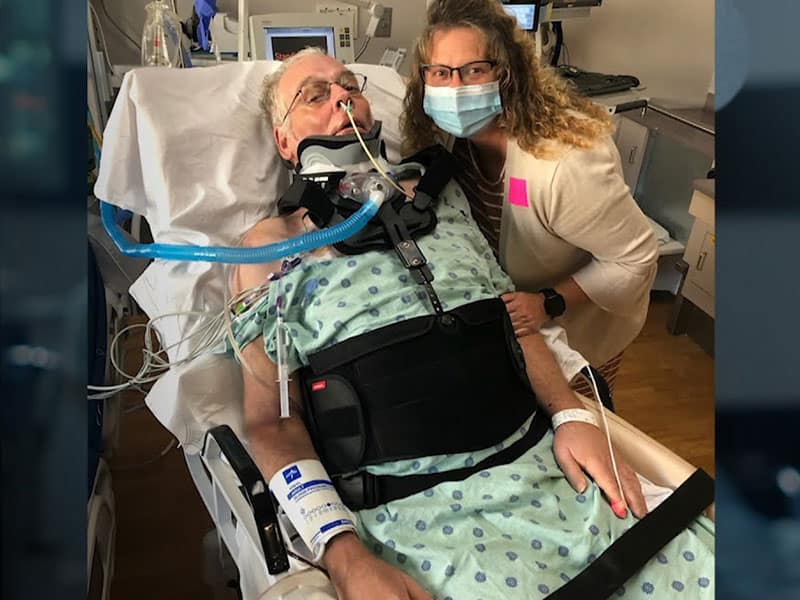 A man suffered multiple injuries and nearly died in a horrible car crash. But God performed a miracle as the family persisted in prayer.

Robbie and Josh Roberts drove home when they got into a terrible car accident. A driver without a license who took meth apparently “ran a red light and dashed into Robbie’s side in the car.” And the horrible crash trapped Robbie inside the car, causing multiple injuries to his body. 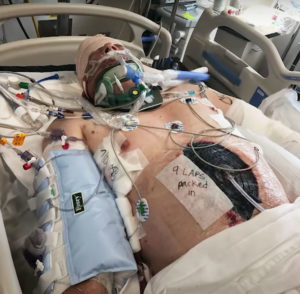 Meanwhile, both their wives, Lisa and Emily, received a phone call about the frightening news. And after arriving at the scene, the police told Robbie’s wife, Lisa, that her husband was gone.

According to a firefighter who witnessed the aftermath of the crash, it looked like the victim wouldn’t survive the accident.

Also, an EMT veteran Mike Harris recalled how Robbie didn’t have blood pressure then. And he could feel Robbie had many broken bones and assessed that he wouldn’t probably make it. 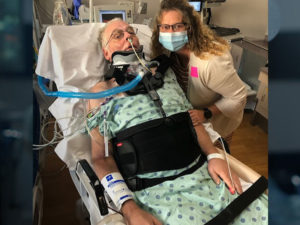 Then at the hospital, he had to be transferred and flown to another hospital because of his unstable condition. Doctors were uncertain about Robbie’s case. But the problem was they couldn’t fly him through a chopper because of the bad weather. Hence, Lisa called their church prayer warriors, and they all prayed for God’s favor. And soon, God brought a miracle as a chopper came and successfully transferred Robbie. 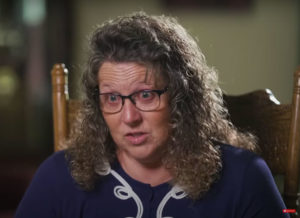 “I started calling prayer warriors in my church and said, ‘We need God to move. I need the helicopter here,’ she recounted. “I knew that was God! I said, ‘I love you, Robbie. Baby, you’ve got to fight.’ We laid hands on him, and we prayed. I didn’t know if that was going to be the last time that I was going to see my husband alive.”

Soon, doctors found out that Robbie had almost “every bone in his body broken.” Moreover, “he had suffered an internal decapitation, a torn aorta, and a level five spleen injury.”

But despite all the odds, the prayer warrior wife, Lisa, still hoped in God for a miracle.

“I know prayer can change things,” she said. “When you have people of God praying, it can change the heart of God. When a name is being mentioned many, many times, I believe that is going to get God’s attention.”

And the next thing that happened was indeed miracle after miracle.

Watch how God turned an impossible situation into possible in His Name!