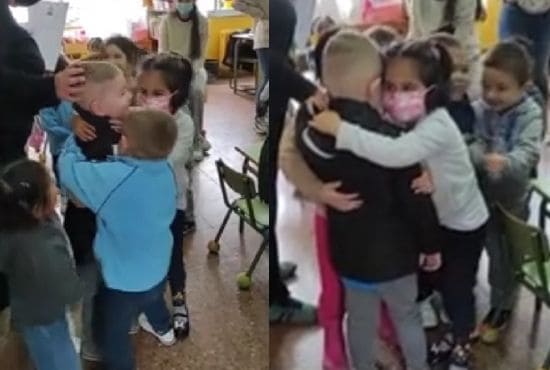 A Ukrainian boy was all smiles as his new classmates hug him after escaping the war to Spain.

In a video that is circulating the internet, some Spanish students are seen expressing love to their new Ukrainian classmates. It was a touching moment that shows how we should love each other, especially in times of hardships.

The little boy has just escaped the war-stricken Ukraine with his mother and his 3-month-old sister. They took refuge in the homes of their families living in Spain. Sadly, his father couldn’t escape the month-long war with his family as he has to remain in their land to fight against the invaders. It is under the martial law rules of Ukraine.

The video was taken at the CEIP Peru public school in Madrid. It was shared by Ukraine’s former ambassador to Austria Olexander Shcherba. As the teacher welcomed the little boy and introduced him to his new classmates, the students went up to him to hug him. 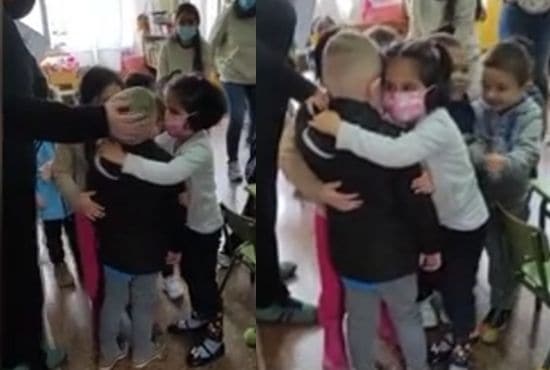 All the students in the classroom gathered to show him love and comfort. The little boy was surprised and soon gave a huge smile as he felt the warm welcome. Apparently, the teacher explained the boy’s situation to the other students, and their reaction was priceless!

Despite not being able to speak the Spanish language, the little boy adapted quickly and started making new friends. According to a family, he almost immediately started playing with the other kids. This will be a new start for this poor little boy who has been a victim of war at an early age. May his days ahead be filled with laughter, joy, and love. 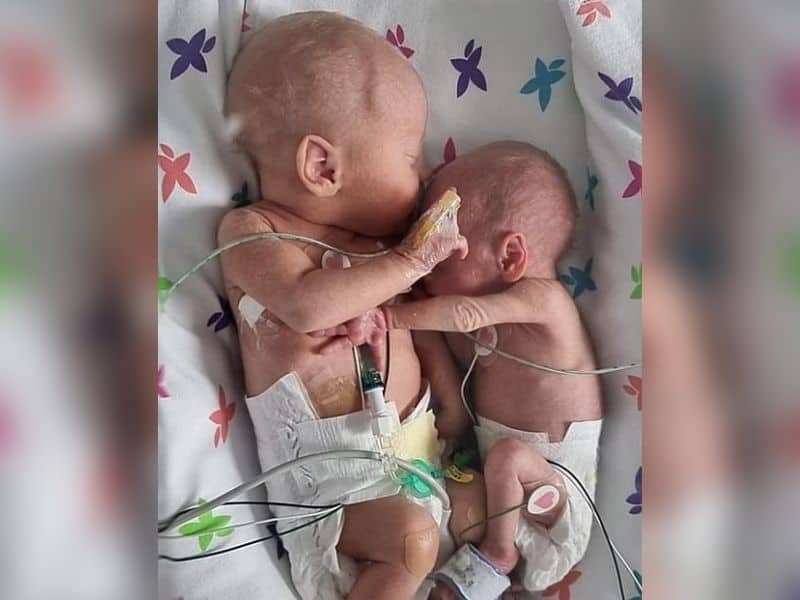 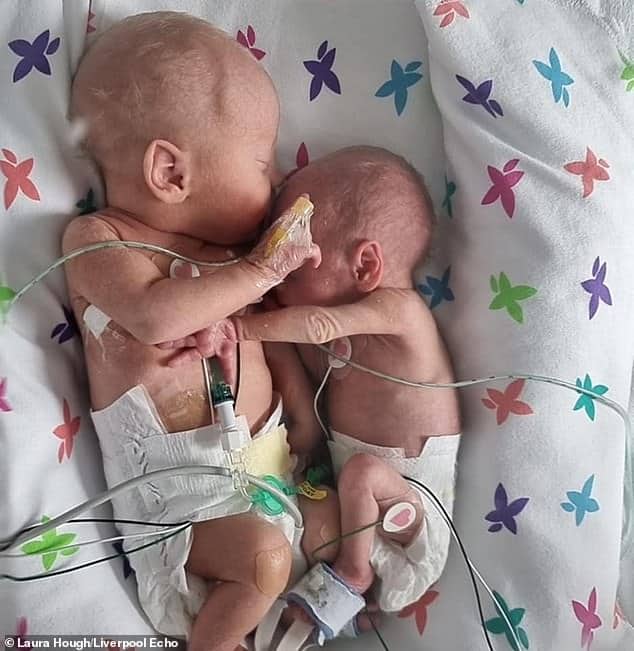 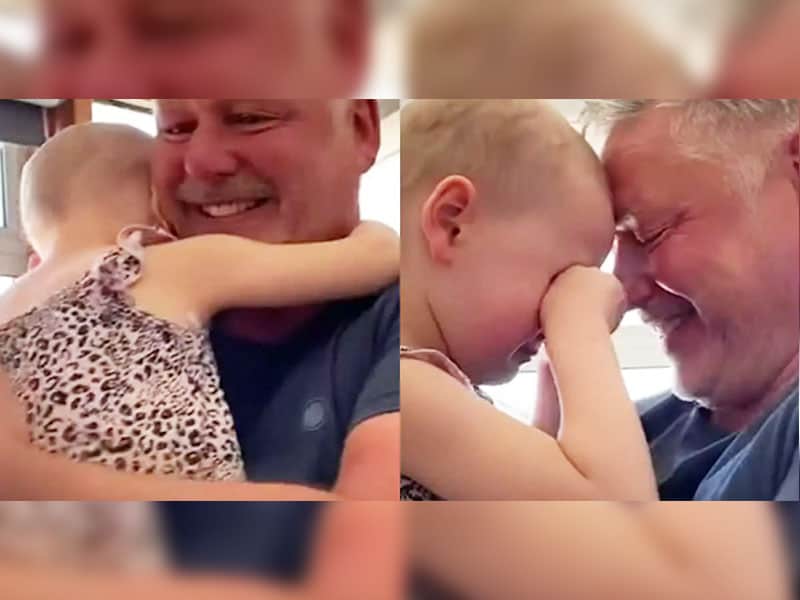 A little girl battling cancer was reunited with her dad after isolating himself for seven weeks during the pandemic to protect her precious daughter.

At a very young age, Mila Sneddon was diagnosed with leukemia. And currently, the 4-year-old is undergoing chemotherapy treatment. Not an ideal situation for her, given that COVID-19 is life-threatening to those who have pre-existing medical conditions. It could be dangerous for them since their immune system is already weak. 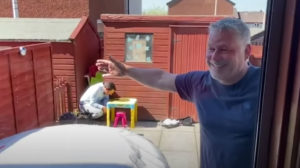 Mila’s father, Scott, knew this very well. He needed to continue going to work during the pandemic. And he never wanted to risk his daughter’s health of what he might bring at home every day. So he provided a solution to protect his daughter from himself. Scott decided to temporarily move out of their house. 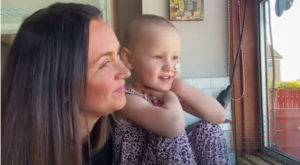 Since then, the 50-year-old can only see Mila through their kitchen window. Unfortunately, they can only see each other every day in this way. The father and daughter could only wave and give air-hugs.

But later on, Scott’s employer decided to pause work and placed him on government furlough. The father isolated himself for several weeks before he decided to go home. He wanted to surprise his daughter so she had no idea that he was coming home.

That’s why when her dad visited again, Mila thought he was still working. To her surprise, her dad actually stepped inside the house. And she was overwhelmed with joy to finally get to hug her dad after seven long weeks. 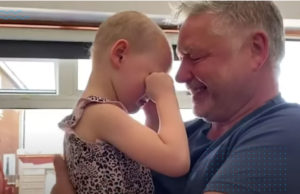 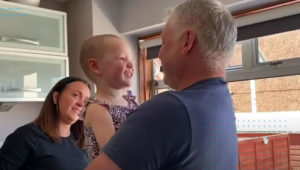 Thankfully, someone captured this beautiful moment.

“I’m going to come home today,” Scott told his smiling 4-year-old through the window. Of course, Mila got super excited. Then her dad confirmed what he said, “Right now.”

Finally, he walked through the door and held his sweet daughter in his arms. Both shared a long-awaited hug after seven long weeks of being apart.

Beating Cancer As A Family

While Scott was forced to stay away from his daughter, Lynda, Scott’s wife took care of Mila. During this time Lynda’s mother passed away.

She said, “It’s been difficult — it’s been challenging. We continue to push through, it’s not easy for anybody but Mila is really resilient and inspires us every day.”

It has been a challenging time for the family--the loss of a grandmother, a sick child, and separation. But needless to say, by God’s grace they remained strong.

Praise God for His sufficient grace when we are weak! 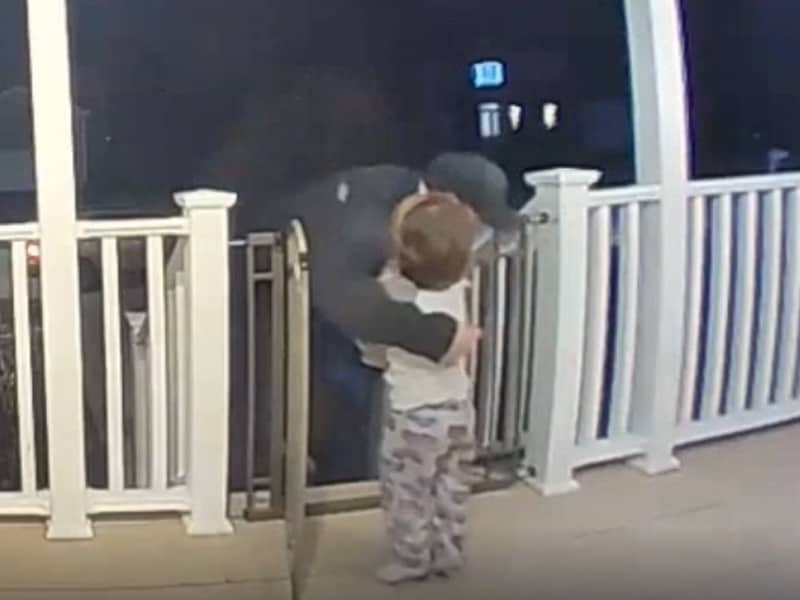