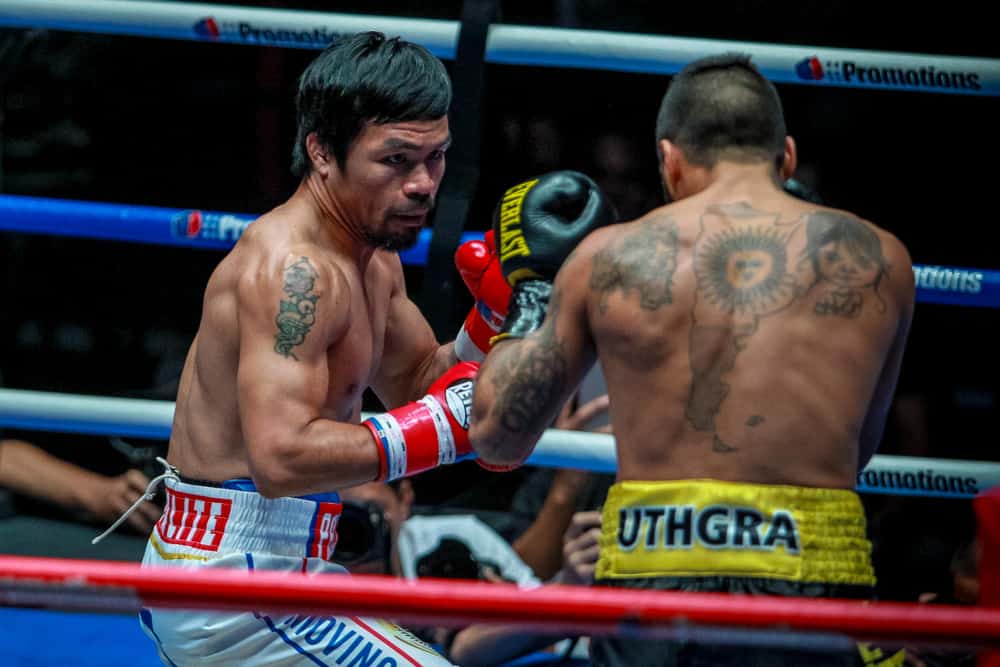 Manny Pacquiao, also known as MP, is a world-renowned, professional boxing champion.  He is the first boxer in the history of boxing to win four major world titles—flyweight, featherweight, lightweight, and welterweight.  Manny was the “Fighter of the Decade” for the 2000s.  He received many awards from boxing, and the Forbes magazine even declared him as the second highest paid athlete in the world as of 2015.

However, behind all the success he gained from boxing, he said he was living life with an emptiness in his heart—until he encountered God. Pacquiao said he once had a dream where he heard the voice of God and it totally changed his life.

Today, God has turned Manny into a great man after His own heart.  His relationship with God transformed him into someone no one in the world expected.  With all the blessings God has given him, He has been stewarding it right for God’s glory.  One ice cream vendor from the Philippines can testify to that.

According to the post by Jen Manilay, who was with Manny that day, this ice cream vendor was passing by a street where they were.  Manny was inside the car waiting, then Jen bought 10 pieces of ice cream from a hardworking vendor named Marciano.  She gave one to MP then he called out for the vendor to come to him.

Marciano was so shocked to see that it was Manny Pacquiao.  He asked Marciano a few things about his life and after hearing the sad plight of the poor vendor, he gave him money, a house on a lot, and a new job.

“He would also no longer have difficulty selling ice cream on a very sunny afternoon because we also already gave him a job in Goldenstate [a local college in General Santos, South Cotabato, Pacquiao’s hometown].”

“See you again next week Manong Marciano… with your new house and lot,” Manilay wrote.

The poor vendor, still couldn’t believe what happened, and was brought to tears of joy.

Wouldn’t Jesus do the same if it were Him?  Indeed, Manny is a God-fearing person who is a great example to us all, allowing God to use him for His purpose.  We praise God for his life!