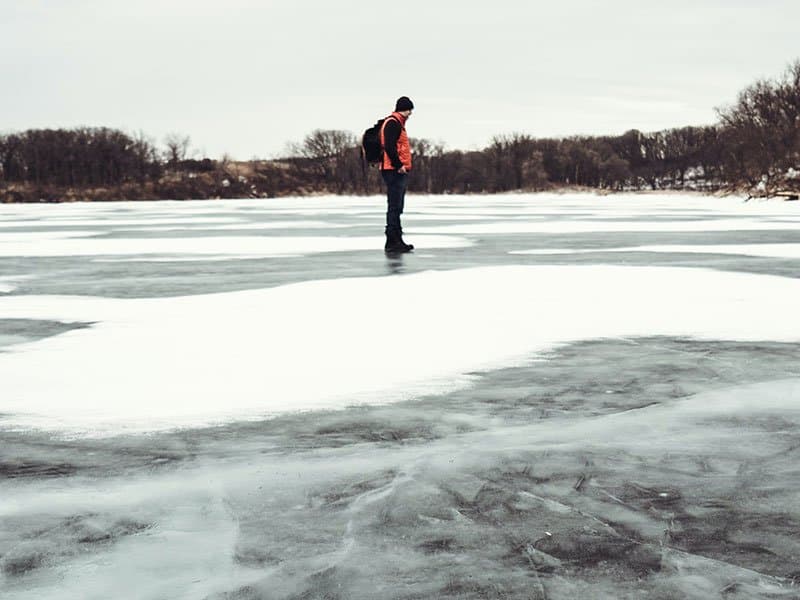 An Ohio man came to the ‘right place at the right time’ that saved the life of a little boy who fell through the icy waters.

In an interview with WKRC-TV, Austin Hayes narrated what happened. He usually takes out his dog to the bathroom. Hence, on Monday, Austin went out on that routine trip with his dog named Red. He stepped outside from his apartment in Deerfield Township, Ohio when he saw a boy in the icy waters. 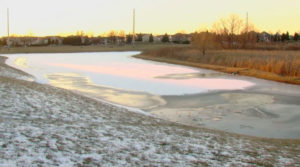 “As soon as I opened the door, I saw the young kid struggling to get out of the ice,” he told WXIX-TV. “Clearly [he] walked across and fell through up to his neck, struggling. He kept screaming, ‘I’m getting ready to pass out! I’m tired!'”

Soon, Austin jumped into action to rescue the boy. He grabbed a towing strap from a neighbor, although not the correct size. Then he started making his way to the ice and found an area that wasn’t deep to get closer to the teen.

“I just knew I needed about an extra foot of length,” the rescuer said. “We were able to get it, and he was able to get it around his wrist, and we got him out.” 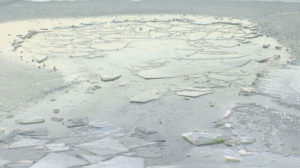 Austin has a 1-year-old baby. And he said his parenting skills compelled him to take quick actions.

“My daddy instincts just kicked in,” he said. “I’m just glad I was in the right place at the right time.” 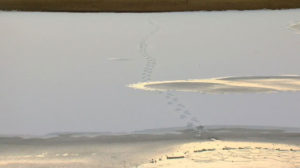 According to some reports, the boy is around 10-14 years of age and has gone to the bus stop to meet his sister. But he decided to walk on the frozen water on his way back home. Of which where he fell that almost took his life.

Responders took the boy to a local hospital as soon as they arrived on the scene. They treated him for hypothermia and later cleared him for release.

Praise God for bringing Austin to the right place at the right time that saved the boy’s life!