Home Tags Posts tagged with "In Our Hands-the Battle for Jerusalem"
Tag:

In Our Hands-the Battle for Jerusalem 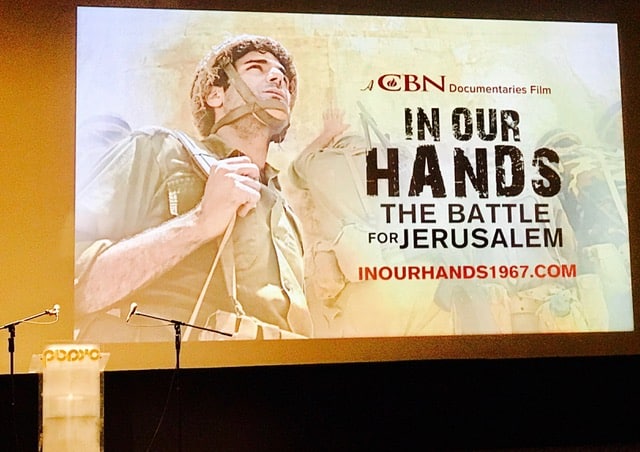 Israel premiere of “In Our Hands—The Battle for Jerusalem”

In Our Hands—The Battle for Jerusalem

The Battle for Jerusalem has been ongoing for centuries…but now an amazing film has captured some of the victories along the way, to inspire us for the future. Last night was one of the best nights I can remember—and not because it was my first red carpet premiere

Elana and I were invited by GOD TV’s good friends and partners at CBN to view the Israel premiere of In Our Hands—The Battle for Jerusalem. I know that many in the United States have seen it already, but imagine watching it, not only with the actors from the movie but also the real war heroes who fought in the battle for the Old City of Jerusalem. The movie itself was amazing. So, good that I believe if there had been Nazis in the crowd they, would have left as card-carrying Zionists! 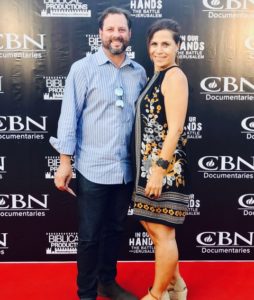 If the movie wasn’t emotional enough, they went further. Afterwards, they brought up four men who were portrayed in the movie. The men fought for Givat Hatachmoshet—Ammunition Hill, an old British weapons depot that the Jordanians seized in 1948 when they expelled every Jew from Jerusalem (for the first time in 1,000 years) and destroyed 56 synagogues. If Israel had lost that battle, Jerusalem would not have been recovered. It is considered the most brutal and bloody battle in Israel’s history. In fact, many years later, when surviving Jordanian soldiers came to Israel and met with the Israelis they fought, there was so much mutual respect for each in how bravely both sides fought.

The Israelis could have easily lost, but two of the soldiers decided to try and get the tanks that were stuck, moving. No such luck. The tanks would not move. They could not even use the guns. By going back to the tanks, one of them said of many years later, he had regret—that he should have stayed and fought. However as fate would have it, he found out later that when the remaining Jordanians saw two men in tanks, that was it for them. They ran for their lives. 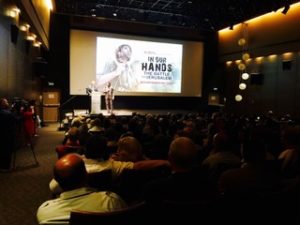 When the men took the stage there was such joy, emotion and honor that I am tearing up as I remember last night’s event. Like I said, it was amazing. Director Erin Zimmerman moved to Israel three years ago, not knowing anyone, and cast the film which was one of the most moving films I’ve ever seen. Gordon Robertson stood up at the end and shared how Zionism was something that his father had instilled in their family since they were children. After Jerusalem was recovered in ’67, Pat Robertson sat his kids down to explain how significant that was biblically.

If you have not seen the movie, go! And take an anti-Semite or someone who embraces Replacement Theology with you!

Chris Mitchell and the whole CBN Israel team did a great job!