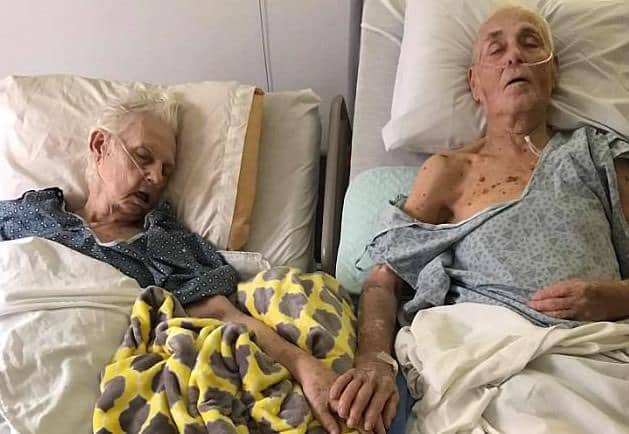 The other day I met a gentleman that told me he was 90-years-old.  He was walking towards his car where his wife of 72 years was waiting.  I asked what contributed to such a long marriage and he said, “Pay attention.”

Here is a story about another couple, Tom and Delma Ledbetter, who must have “paid attention” as they were married for 62 years!

The story opens in Florida where they lived in their early 20s. A friend introduced them and the first date was rather a quick one.  They rode in Tom’s car for two or three blocks and then he held Delma’s hand and reached over and gave her a peck on the cheek.

That little maneuver must have been a key to Delma’s heart because within three weeks they married. During their 62 years together, they had two daughters and then came along seven grandchildren and eventually seven great-grandchildren.

In their retirement years, Tom and Delma did a lot of traveling throughout the USA enjoying the sights and meeting new people.  This Lake Jackson, Texas couple were enjoying their life together.

The longevity of their marriage is a testimony to all of us that love and commitment goes a long way and in a world where over fifty percent of marriages end in divorce, the story of Tom and Delma Ledbetter is one that gets our attention and becomes a model for a good marriage.

Just as they were loving in their relationship, they were close in their death.  One of the family members reports that Delma got sick and was hospitalized and they took her to a nursing home.  Tom became ill a few days later and they ended up in Hospice together.  The staff put their beds side by side and we are told they were holding hands as Tom died first and about an hour later Delma passed.

Such a beautiful story of love in life and death.  This couple has left an indelible mark on many people’s lives and are a great inspiration to love one’s spouse and honor our wedding vows: until death do us part.