BREAKING
Catch a Ride on a Shared Scooter—“Micro-mobility” Coming to Tel Aviv Next...
Israel Military to Conduct First-ever Simulated Strike on Iran
‘Injury to the Heart of Iran’: Details on the Life and Death...
STAND WITH UKRAINE
Home Tags Posts tagged with "interpreter"
Tag: 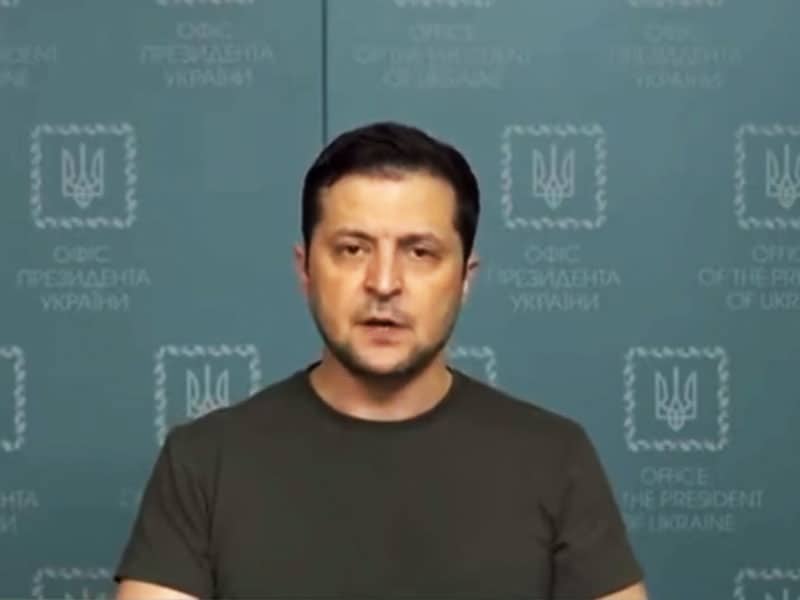 After surviving another night of Russian attacks, Ukrainian President Volodymyr Zelenskyy gave a speech that broke down his veteran interpreter to tears while translating.

During President Volodymyr Zelenskyy’s speech Sunday, he said, “Russia is on the path of evil. The world must deprive Russia of the right to vote on the U.N. Security Council.” 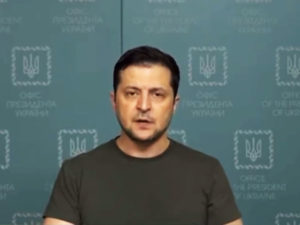 Then he added, “Ukrainians, we know exactly what we are defending. We will definitely win. Last night was brutal in Ukraine. Again, the shelling, again the bombing of residential areas and civilian infrastructure.”

That’s when his unnamed interpreter for the German news outlet WELT began to choke up translating the president’s message. She could no longer translate President Volodymyr’s further comments as she broke down in tears. Later on, she broke down once again.

According to a report, the veteran interpreter apologized before going off the air.

In an interview with Faithwire, a U.S.-based pastor born in Ukraine, Pastor Andrew Moroz shared his thoughts about what is going on in his home country. He was shocked, but at the same time, proud of Ukrainian Christians who remained hopeful, trusting God despite the chaos.

“They are rallying,” he told Faithwire. “They’re gathering in groups, they’re worshipping. There’s videos going around of prayer services and worship experiences in subways. And so I’m praying that Jesus is glorified. If He is peace — which we believe He is, He’s the Prince of Peace — then we want more of Him in these spaces where people are hurting.”

The pastor then urged Christians to pray the Lord’s Prayer over Ukraine. He explained, “I’ve been praying the Lord’s Prayer for the country of Ukraine. We can pray that for each other, too, in just the same elements that Jesus lays out for us. This is what those people need. This is what I need right now: ‘Lord, I need Your Kingdom present in my life. I want Your Kingdom present in the Ukraine. I need Your provision and sustenance; they need provision.'”

'I'm Still in Shock': Pastor Born in Ukraine Encourages Christians in How to Pray Amid Russia Chaos