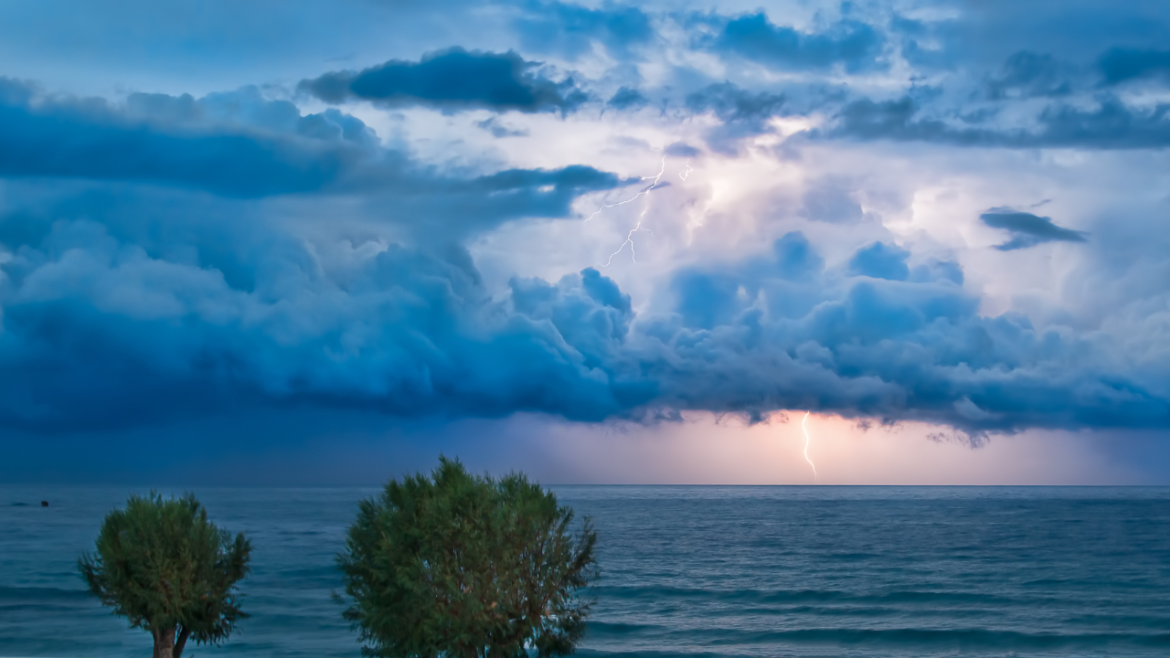 While lightning never strikes the same place twice (as they say), it does seem to strike fewer times when the storm is out at sea. And when that same system moves on shore, the number of lightning strikes greatly increases. Scientists have been perplexed by the phenomenon and have assumed it was due to the cleaner air over the seas.

Recently, a team of researchers from Israel, China, US, led by Israeli scientists at Jerusalem’s Hebrew University, discovered the real culprit—big particles of salt water in the air. The sea spray in the air seems to put a damper on the lightning—cutting the number of strikes by up to 90 percent. Even if the ocean air is full of pollution.

The research team, led by Professor Daniel Rosenfeld and Zengxin Pan, his doctoral student at the University’s Institute of Earth Sciences, discovered there is a correspondence between lightning activity and the size of the particles in the air. Small airborne particles (solid particles or very tiny drops of liquid) hanging in the atmosphere serve to increase lightning activity. And conversely, bigger particles (like those in the salt spray) dramatically decrease the storm’s electric display. The particle size also impacts the amount of rainfall that occurs.

“We found a major cause for such a difference between ocean storms and those on land. The effect of aerosols on clouds has been underappreciated,” said Rosenfeld. “It needs to be incorporated into the models for better weather and climate prediction.”

The research team was a collaboration between two universities in China, the University of Washington (in the US) and Hebrew University. Their findings were published in Nature Communications, a peer-reviewed journal.

Using satellite imagery, the scientists tracked clouds as they traveled over the ocean and onto land. Then, they combined that with data from the Worldwide Lightning Location Network and other data regarding the cloud aerosol levels.