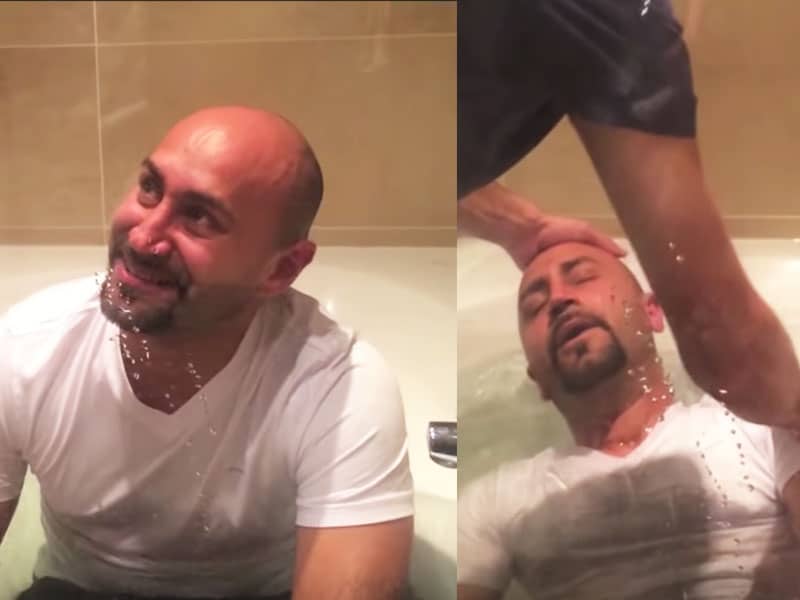 An Iranian Muslim Meets Jesus After Dying In A Car Accident

An Iranian Muslim man met Jesus after dying in a car accident. His incredible story is hope for all Muslims. Jesus is the one true Messiah.

He was a Muslim who only believed that Jesus was merely a prophet. But that all changed after he had a tragic car accident when he was 25 years old. And the former Muslim recounted what happened during that time.

The accident happened so quickly and then all of a sudden he saw himself in the car.

“I don’t know how long it lasted but at some point I felt like I was watching myself from outside my body. I saw myself in the car and saw that I had an accident,” he recalled.

All the while he saw both “something black” and a “white light.” He was terrified of the black things coming at him. While on the other hand, one bright shining light also came after him. But it brought him comfort and peace. He just wanted to stay in the presence of that bright light.

Then he heard a voice from the bright light but he didn’t understand. Shortly after that, his soul went back inside his body and his eyes were opened again.

“I saw my brother, he was next to me. He was crying and he was calling to me. It was when the bright shining one came, that was when I was able to hear that my brother was crying for me,” he said.

The One True God

That near death experience created a spark within him to seek God.

“I didn’t know that voice was Jesus who had given me life. But after that I got hold of a Bible and got a full hold of Jesus’ film.”

“For 27 years, I would call out to Allah but I felt like he was never speaking to me. He didn’t hear me. There was no communication. But when I spoke to Jesus right away, answers would come.”

The former Iranian Muslim man’s search for the truth led to many dreams. And Jesus would show Himself in these dreams so he would understand and believe.

Jesus Taught Him The Gospel

In his dream, Jesus showed him what happened to Him while He was still on earth.

God showed him the resurrection and how He went back to His Father. He showed him what was written in the Scriptures. Jesus became his personal teacher.

“It was like a teacher in my dreams, teaching me about Jesus and His life. Whenever I had something that was really confusing and strange to me and I didn’t understand, in my dream God would through Jesus show me something and I would understand,” he said.

So he then became a believer of Jesus. He left his old life and shared his new faith with his family and testified how Jesus changed his life.