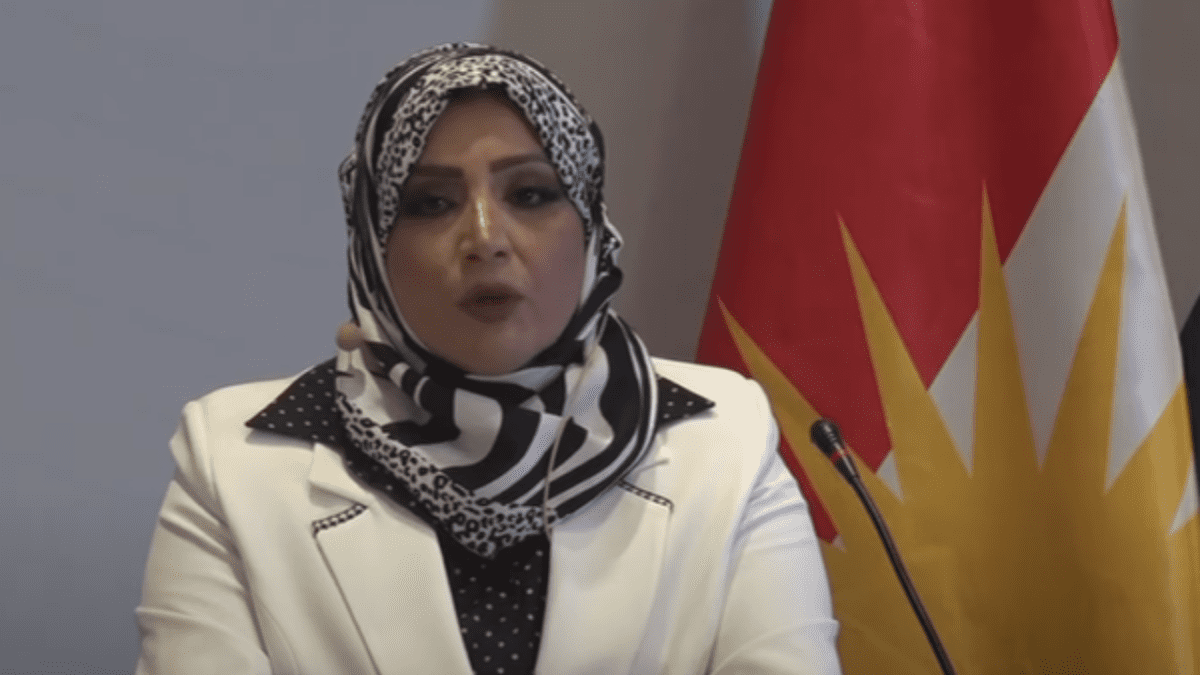 Iraqis Call For Normalization With Israel

In an unprecedented move, hundreds of Iraqi activists and tribal leaders gathered in Erbil Friday and called for their country to embrace peace with Israel and join the Abraham Accords. Baghdad immediately labeled the gathering “illegal” and issued arrest warrants for speakers, vowing to round up all participants once they were identified.

Sahar Karim al-Ta’i, a native of Baghdad and senior research director for Iraq’s Culture Ministry, is among those leading the charge for her country to normalize ties with Israel as several other Muslim countries have done in the last year

“To pluck a ripe fruit, first you have to plant a seed. You have to water it. You have to wait for it to grow. Then the flowers bloom, and then you know the fruit is coming. The tree is big, and the flowers are already blooming, and soon we will pick the fruit of our labor,” Ta’i said in her speech at the conference. The meeting was sponsored by the New York-based Center for Peace Communications and was held in Iraqi Kurdistan, which enjoys a measure of autonomy from Baghdad.

Ta’i spoke of the thousands of Iraqi Jews that had to leave homes and businesses when persecution flared in Iraq after Israel became a nation in 1948.

“They looked to Iraq and are still looking to her waiting for the eyes of their proverbial mother to show affection for her last children. They are still waiting for the moment when Israel is recognized by Iraq as their country, and that of their brethren, who shared the country with them closed.”

Ta’i may pay a high price for her bold stance, but she said she is not afraid. “Coronavirus created an opportunity…Finally, something happened that forced people to stop thinking about war and start thinking about saving lives. We can live under the repression of terrorism, or we can die with courage.”

By Sunday, Iraqi officials in Baghdad had issued arrest warrants for Ta’i and other speakers and vowed to apprehend all who participated in the conference. Maintaining ties with Israelis, associating with “Zionist organizations,” or promoting “Zionist values” used to be an automatic death sentence. But now, the punishment is limited to a life sentence in prison.

Prophetically, we know that before the Ezekiel 38-39, Gog and Magog war, Israel will be at peace. The prophet describes Israel as a “peaceful and unsuspecting people—all of them living without walls and without gates and bars” (Ezek 38:11). This is becoming more and more a reality. 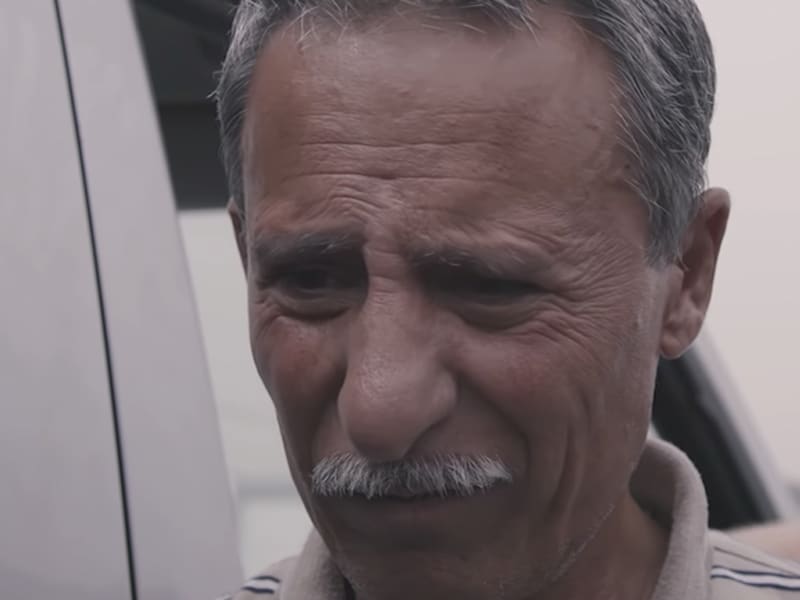 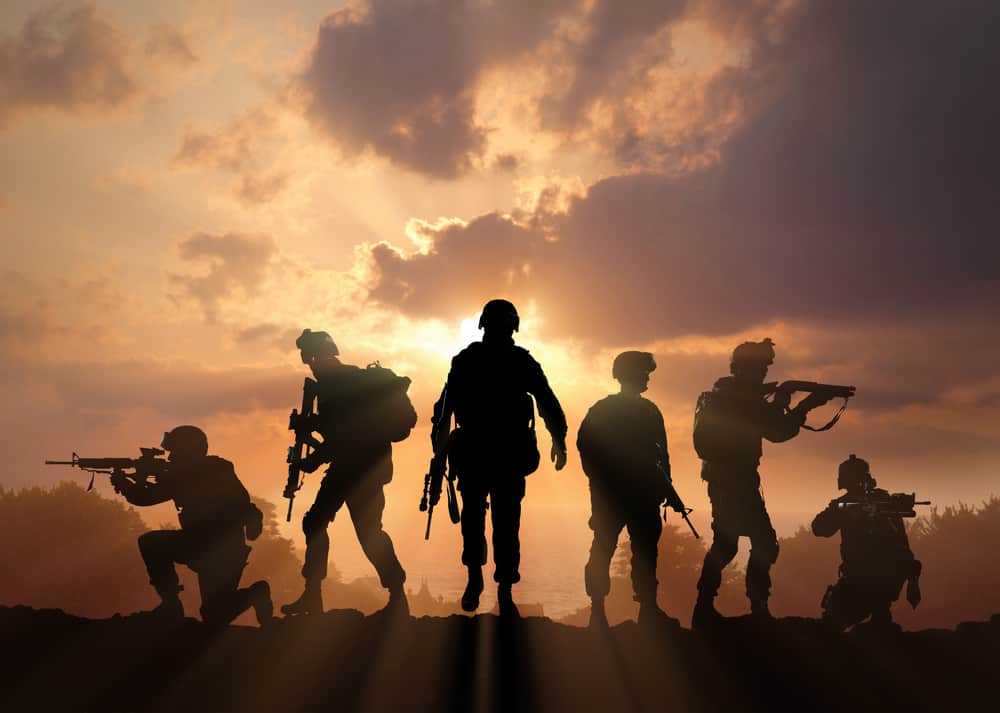 Before the Front Lines

I was with my family, whom I hadn’t seen in 13 weeks, and was soon to graduate from the Marine Corps boot camp in San Diego, California when a man walked up and thanked me for helping his son return to the Lord.

While in the service, I found myself witnessing in many non-traditional forms. I led a prayer group at boot camp and marched recruits to chapel services. It was through this that the young Marine gave his life to Jesus. Doing these things came naturally to me. I was a previously burned-out youth pastor with plans to become a chaplain.

Later, while I was training for deployment to Iraq as a field radio operator, a close friend of mine gave me the call sign “Preach.” This call sign stuck with me for the next few years. It was a term of endearment as well as a fresh reminder of God’s call on my life. I was amazed to experience firsthand the fulfillment of the prophecies in Joel 2:28-29 and Acts 2:17-19.

Wherever I went, I witnessed God speaking to men and women in uniform. He even spoke in dreams to fellow infantrymen while they were on training operations in the field leading up to deployment.

During my 2007-2008 deployment to Iraq, word spread that I interpreted dreams. Marines would then come to me and tell me their dreams. Like Joseph and Daniel in the Bible, I told them that it is God who interprets dreams and mysteries, wanting to give credit to whom credit is due (Genesis 40:8; Daniel 2:27-30). I offered Scripture to support the interpretation I sensed from the Holy Spirit. Then I encouraged them to spend time with Jesus and gave them reading materials.

I was humbled as I saw God communicate with those literally on the front lines for our nation. During one conversation with a spiritually hungry Marine, I shared personal experiences of things I had seen God accomplish.  Sensing the power of God, I then asked him if he wanted more of God. He said yes, so we prayed together and he was marvelously baptized with the Holy Spirit. I cried because I felt that in my spiritually dry state I was unworthy to be part of such an experience.

Waters of Baptism in Helmand

In 2009, I had the privilege of watching a fellow sergeant in my platoon be baptized in water. He was possibly the first Christian in hundreds of years to be baptized in the Helmand River Valley of Afghanistan. Though we were surrounded by darkness and hatred in a combat environment, God’s Spirit was moving on people, bringing His light.

One time we escorted the battalion chaplain to officiate field memorial services for fallen Marines. While returning to base, one of the first remote controlled improvised explosive devices (IEDs) detonated in our area of operation. Thankfully it detonated prematurely, but right in front of my platoon. (Up until this time, the IEDs we encountered were pressure plate detonations.) I looked back at the chaplain and his assistant in my truck and said, “Sir, God is watching out for us.”

God is talking to our men and women in uniform in direct and wonderfully supernatural ways. And He has placed incredible chaplains and other Christians in uniform with them to be part of the harvest. They are embedded within our military to minister and to plant seeds of faith (1 Corinthians 3:5-8). Some of my fellow service members committed their lives to Christ even after deployment, during their transition to the civilian world. The seeds had taken root.

A Call to All

Please pray for our sons and daughters in uniform to overcome the challenges they face daily. Pray for the ongoing outpouring of the Spirit upon them, especially as they return from serving and need support and healing.