BREAKING
Lay Aside The Old Self
Ben And Jerry’s Staying In Israel, But Founders Aren’t Doing The “Chunky...
Israel Has a New Prime Minister
STAND WITH UKRAINE
Home Tags Posts tagged with "Israeli election"
Tag: 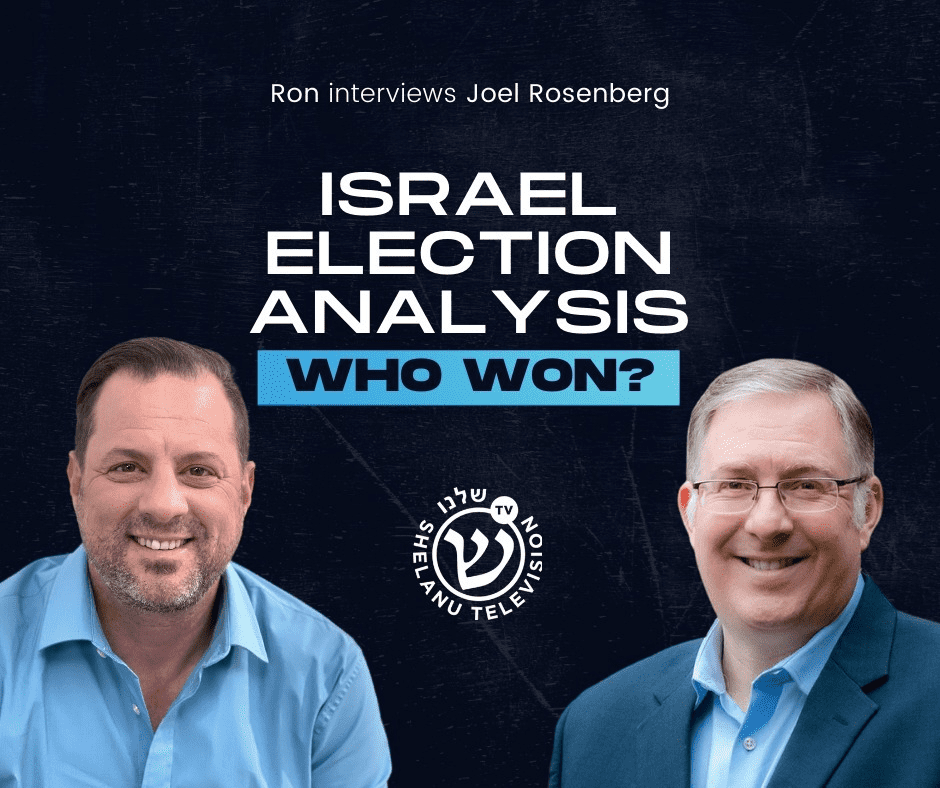 Ron Cantor and Joel Rosenberg will discuss the latest Israeli election—the fourth in four years. Ron and Joel both immigrated to Israel from the US. Joel is a New York Times, best-selling author and the Editor-in-Chief of allisrael.com. Ron is the president of Shelanu TV and the GOD TV Regional Director for Israel.

The interview will be streamed live on the GOD TV Facebook page at 8:30am EST.

In 2006, he founded The Joshua Fund, a non-profit educational and charitable organization to mobilize Christians to “bless Israel and her neighbors in the name of Jesus, according to Genesis 12:1-3.” The group has invested more than $50 million in providing humanitarian relief to Holocaust survivors and the needy in Israel, to Syrian and Israeli refugees, and to strengthening the Church in the Middle East.

Joel and his wife, Lynn, are dual U.S.-Israeli citizens and live in Jerusalem. Two of their four sons have served in the Israeli Defense Forces.

Joel C. Rosenberg (www.joelrosenberg.com) is a New York Times bestselling author of 15 novels and 4 non-fiction books with 5 million copies in print. He is also the founder and Editor-in-Chief of two news and analysis websites, www.allisrael.com and allarab.news. His most recent novel was THE JERUSALEM ASSASSIN, which released in March 2020 and hit the Publishers Weekly best-seller list at #6. His next novel, THE BEIRUT PROTOCOL, will release in March 2021. His next non-fiction book will release in September 2021. It will examine the future of the Middle East 20 years after the horrific terror attacks of September 11, 2001.

Joel has addressed audiences at the White House, Pentagon, U.S. Capitol, Canadian Parliament, the European Union Parliament, and the Israeli President’s Residence. In March 2019, he was invited to meet with President Trump and Vice President Pence in the Oval Office to discuss his work. He was also a keynote speaker at the US State Department’s Ministerial on Religious Freedom in the summer of 2019.