Home Tags Posts tagged with "It Is Well"
Tag: 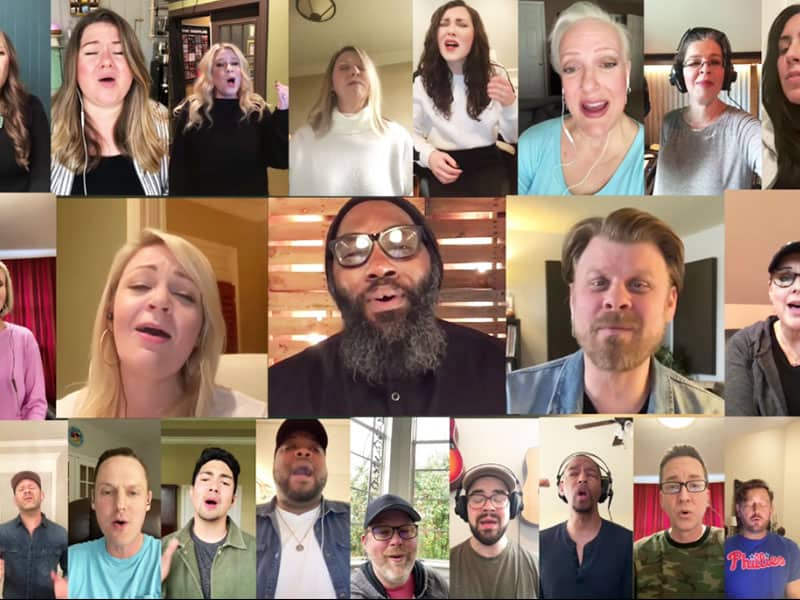 Christians around the world are now thinking of creative ways to give hope and spread God’s love in the midst of the COVID-19 pandemic. And recently, a new “virtual choir” rendition of ‘It Is Well’ by Ten Two Six Music Group is giving hope to millions.

Ten Two Six Music Group released a video on March 25 singing the popular hymn ‘It Is Well.’  The song was written by Horatio Spafford in 1873 after his four daughters drowned at sea.

The 31 studio singers from Nashville sang the worship song. And every singer recorded their part through their cell phones. It was then arranged by producer David Wise. He is “a full time session singing, arranging and producing veteran of 20 years,” wrote the group’s website. Moreover, David is a Dove Award winner who has worked with well-known Christian artists like Lady Antebellum, Dolly Parton, Steve Green and Sandy Patti.

‘It Is Well’ Virtual Choir Rendition

The Christian group revealed their intention of sharing the video. They wrote that their goal was “to record and lift their collective voices to share a message of hope and encouragement during these challenging days. It is well.”

“Beautiful voices, beautiful souls lifting our hopes and spirits during this season. Praise God! It is well with my soul!!!” one person commented on Facebook.

Another wrote, “Absolutely beautiful music! What a blessing during these times of uncertainty!”

Story Behind The Song

According to behind the song” feature on AmericanSongwriter, ‘It Is Well”s composer Horatio Spafford was an “American lawyer, real estate investor and church elder.” One day when his wife Anna, and their four daughters planned to visit Europe, they met an unprecedented accident. Horatio was supposed to travel with them but he had business to attend to.

“On the voyage, the ship Anna and their four daughters were traveling on struck another vessel and sank rapidly. Only Anna survived; she sent a hauntingly brief telegram to Horatio bearing the words ‘Saved alone,’” the story wrote.

“… [O]n his own voyage to meet Anna as his ship neared the place where his daughters had drowned, he was inspired to write the lyrics for hymn It is Well with My Soul. Unlike many heartbreak songs, it focuses less on what was lost and more on where hope can be found,” narrated by the American Songwriter. “No doubt Spafford was shattered by the loss of his daughters. But his heart turned to the faithfulness of God in the midst of loss and the work of Jesus to rescue sinners. The hymn does not diminish or gloss over pain and tragedy. But rather proclaims that God is present in them and greater than them.”