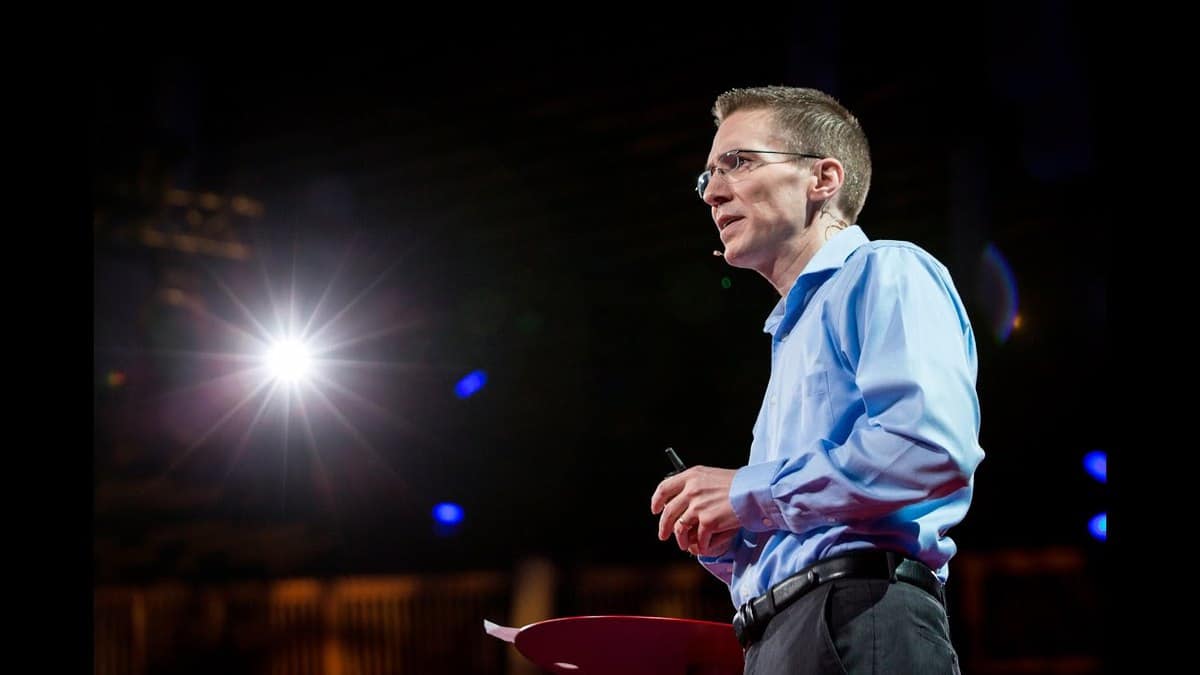 How a Brain Injury Turned One Man into a Genius

Jason Padgett is a brilliant number theorist, lecturer, artist, and mathematical genius. But unlike most of his peers, his “genius” was activated through one tragic, but ultimately amazing moment.

At 32, Jason was a furniture salesman who had barely finished high school and certainly didn’t find math easy or exciting. One night outside a bar, two men attacked Jason, and left him with a concussion and bleeding kidney.

The attack changed him. Not only was he suffering with PTSD and social anxiety, he was beginning to see things. Jason started to see everything around him in complex, geometric patterns. The thought occurred to him that he might be going crazy.

“I was having this awakening – mathematically – So it was beautiful and kind of sad at the same time,” says Jason.

Without being able to put language to what he was seeing, he started to draw these shapes and patterns. By chance, a physicist happened to walk by Jason where he was sketching at a mall and introduced himself, and gave Jason the answers he was searching for.

After the chance encounter, Jason met with scientists, mathematicians, psychologists, and doctors of every kind. He was diagnosed with “Acquired Savant Syndrome”. The injury to his head triggered a conscious access to parts of the brain most people never use. An instant enlightenment.

Today, Jason has made a career and a passionate life studying physics and math, seeing the intricate beauty and complexity of earth, space, and time.

The story of his brutal attack could have ended very differently, but Jason credits that event as the catalyst to everything wonderful in his life, including meeting his wife.

Megyn Kelly, in her interview with Jason asks, “is this the future of humanity?”

Science might take us there in the future but we as Christians can see the work of the Lord in this story. God took tragedy and used it to unlock a destiny.

The mind is an amazing thing! The idea that our bodies and mind could hold potential and secrets that we aren’t conscious of is fascinating!

We can marvel at Jason’s story and look at the statistical probabilities of something like this happening to us, or we can say, “Lord, what is lying dormant in my life? What can You, in your infinite power, awaken?”

I believe the Lord wants to use our circumstances, our tragedies to activate new possibilities in our lives!

He gives beauty for ashes, resurrects dreams, and anoints us in power. Are we living in this expectation?

Lord God, awaken what sleeps in each of us today!