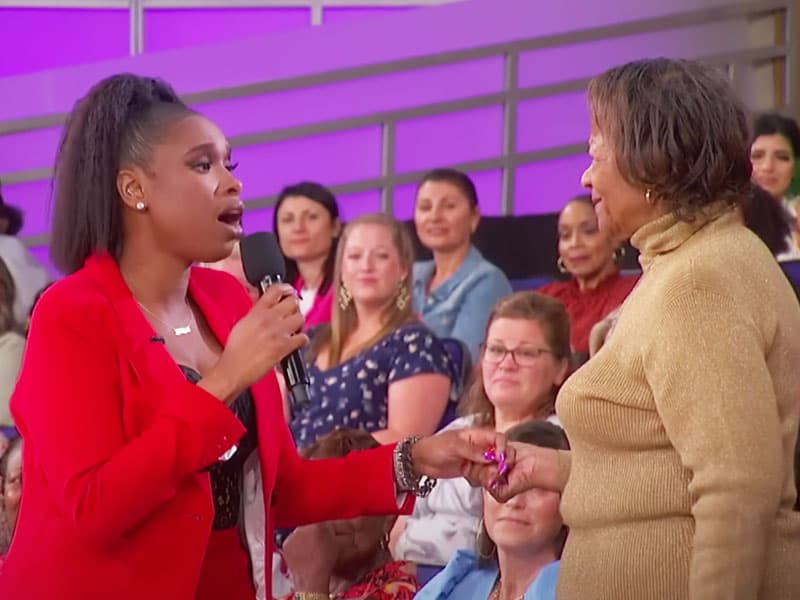 Singer and actress Jennifer Hudson sang impromptu emotional Gospel music in her show that moved the audience to tears.

In one of the recent episodes of the “Jennifer Hudson Show,” the host approached an elderly woman in the audience. Her name was Marilyn Freeman. And when she asked about her age and discovered she was 82 years old, Jennifer exclaimed, “that is a blessing!”

Apparently, the singer came near her because she heard the Grandma had a question. But the elderly instead requested if she could sing a Gospel song. When asked what specific song, the Grandma replied, “Jesus Promised Me.” It surprised Jennifer and told her that she knew the song because of her Grandma. So, without hesitation, she performed “Jesus Promised Me A Home Over There” at the audience’s request.

Jennifer held the elderly’s hand and began performing the Gospel music with her powerful voice.

There’s a place in Heaven, prepared for me
When the toils of this life are over
When the Saints are clothed in white
Before the throne
Singing praises forever more 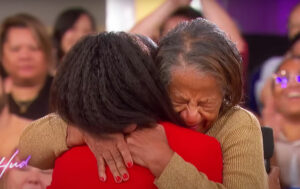 The singer’s voice resounded throughout the studio, singing the anointed worship music. And while Jennifer continued singing, Marilyn was brought to tears. Her performance also moved the audience as she belted out the song, although impromptu.

According to Faithpot, Jennifer featured the “Jesus Promised Me a Home Over There” song in her album in 2008.

Hundreds of thousands of viewers on YouTube were blessed by what the actress did. One Marine Corps Warrior user commented, “We don’t know why she needed to hear that song, but through her tears and that hug you could tell she had a reason. Glad Jennifer Hudson took the time to sing it, not many other talk show hosts would have done it. We witnessed a real blessing being given today.” 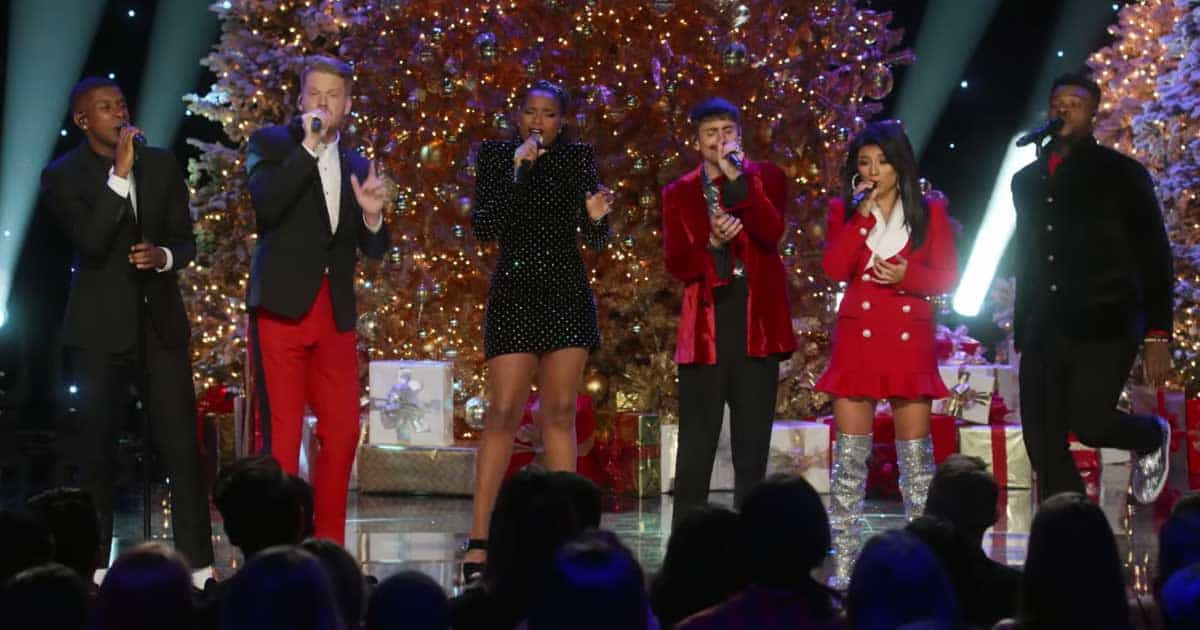 Jennifer Hudson And The Pentatonix Perform ‘How Great Thou Art’

Former ‘American Idol’ contestant and Academy Award winner, Jennifer Hudson performs a stirring version of the best-loved hymn, ‘How Great Thou Art’ with the famous a cappella group, Pentatonix. 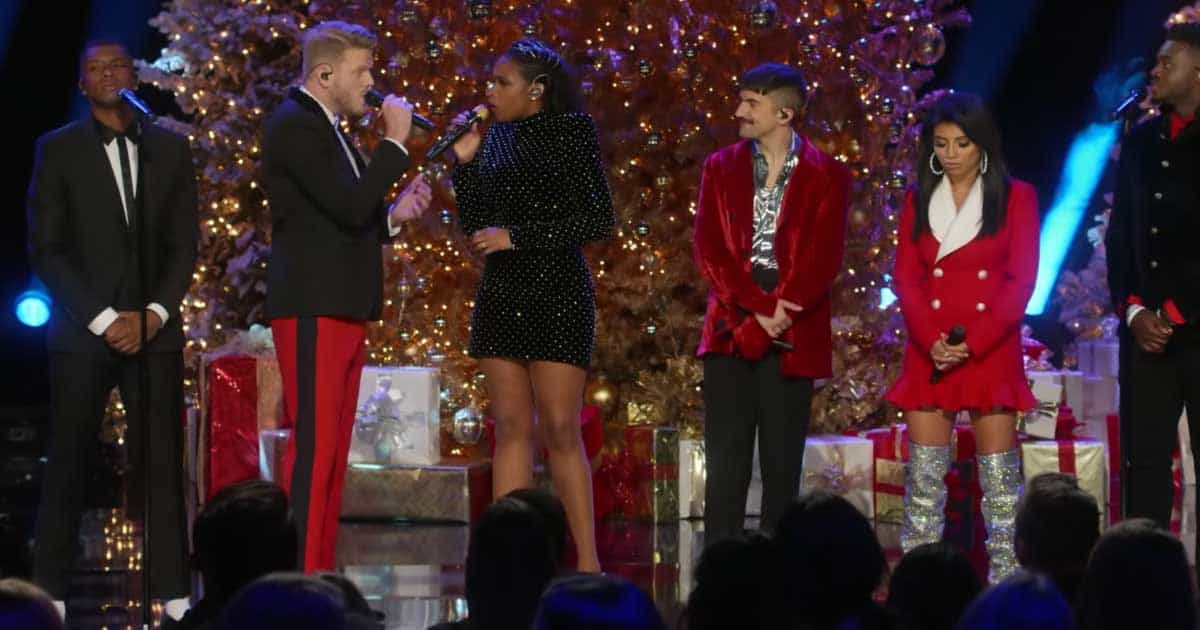 Pentatonix is an American group composed of vocalists Scott Hoying, Mitch Grassi, Kirstin Maldonado, Kevin Olusola and Matt Sallee. Based in Arlington, Texas it is best known for its Christmas songs that have reached more than a million views on YouTube.

For their Christmas special aptly called “A Very Pentatonix Christmas,” the group invited broadway and film star Jennifer Hudson to join them on stage for a beautiful rendition of “How Great Thou Art”. The familiar song comes alive like never before in the power of unaccompanied and unhindered vocal harmony. 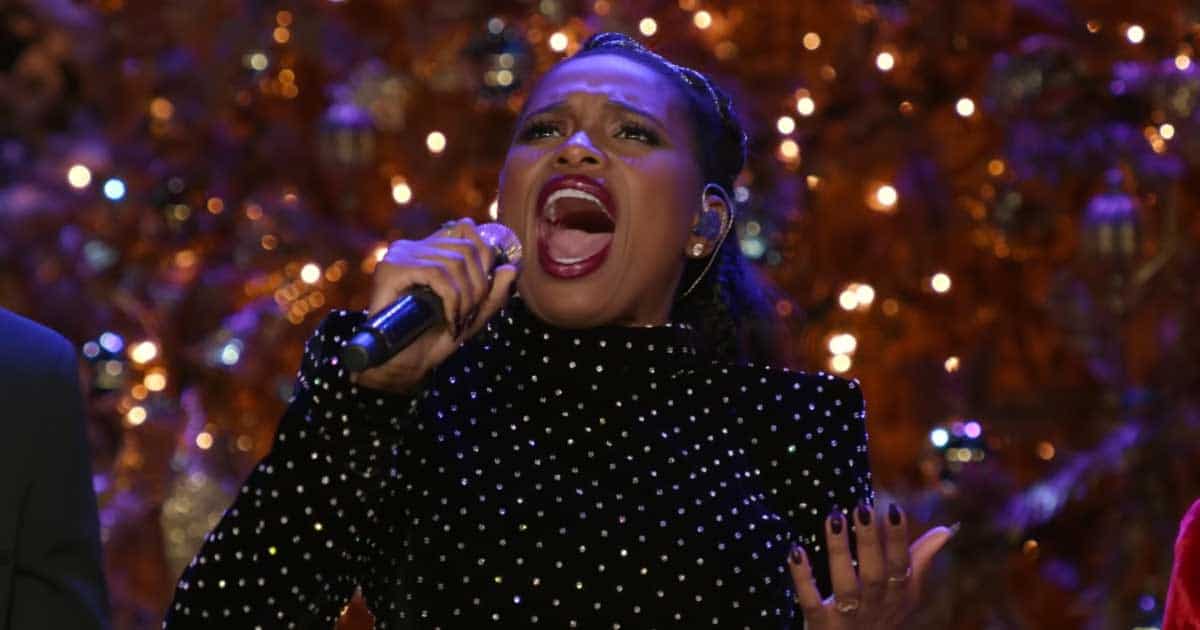 What a wonderful tribute to God who bestows such talent and beauty. The feeling of worship is palpable. Even the audience shouts as the song crescendoes:

The lyrics of the song speak about the greatness of God. Indeed, He is so worthy to be praised. Jesus died for our sins, and He deserves all the glory and honor. 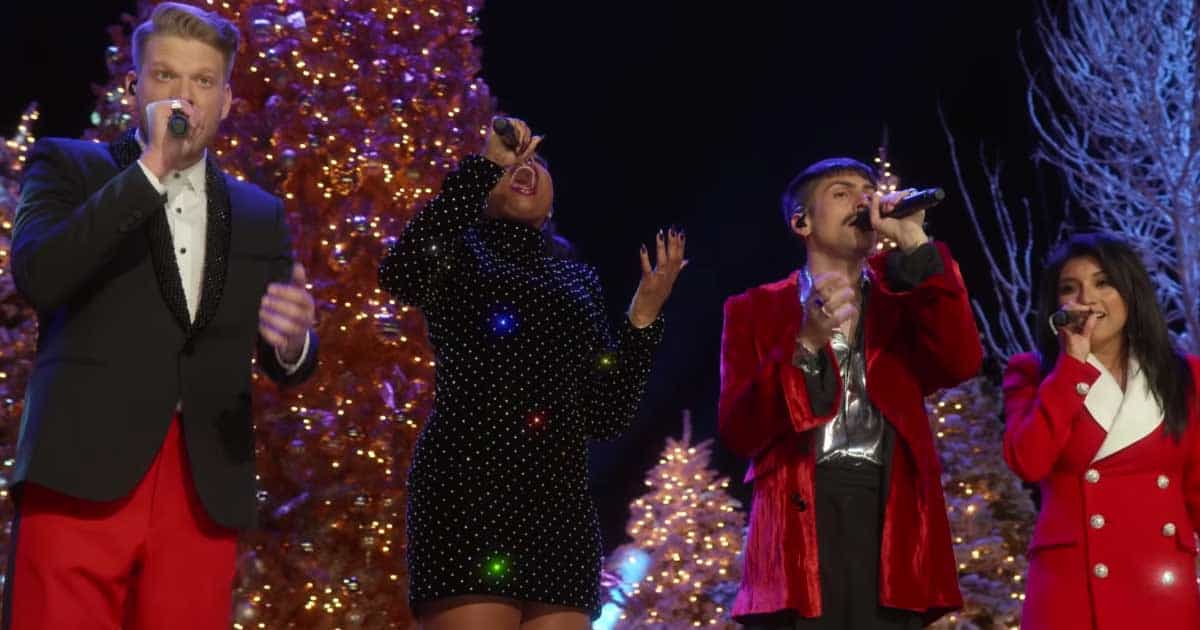 This Christmas season, let’s not forget to celebrate the true meaning of Christmas and worship our Savior. Let’s proclaim His name throughout the world. For without Him, this fantastic season would never exist.