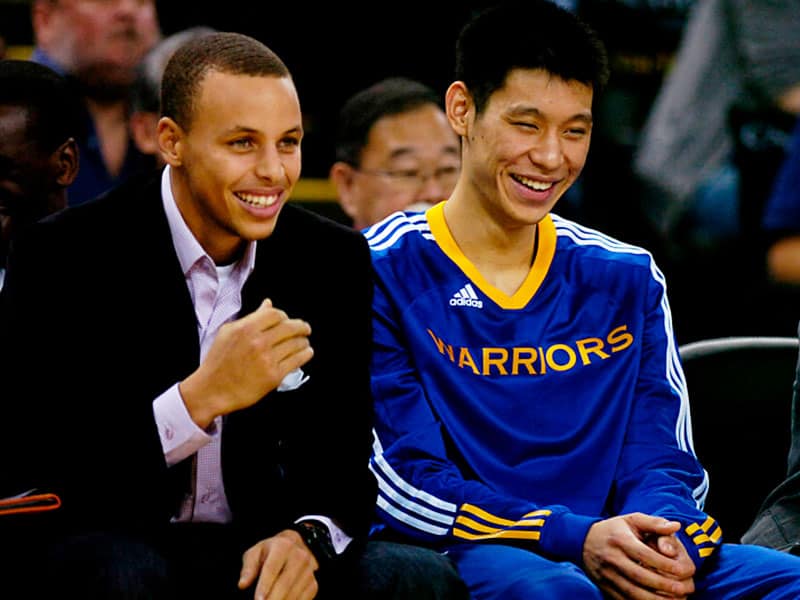 NBA star, Jeremy Lin, was greatly moved by the crisis that is happening in the world today due to coronavirus. As a result, he donated $300,000 in order to help fight against the pandemic disease.

Jeremy formerly played with the Golden State Warriors in 2010. But he rose to international fame after leading New York Knicks in the 2011-2012 season on a seven-game winning streak. He was also able to play for the Los Angeles Lakers, Houston Rockets, Charlotte Hornets, Atlanta Hawks, Brooklyn Nets, and Toronto Raptors, according to Wikipedia. 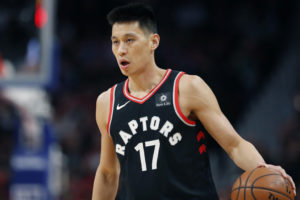 In a recent post from Twitter, Jeremy admitted that he was scared of the global pandemic infiltrating nations. He wrote, “Not gonna lie, I’m scared.”

But the basketball player also shared that although that was the case, he anchors himself to God.

“..need to remind myself that God is ALWAYS in control. Always,” Jeremy added. And quoting the Bible verse from Revelation 1:17 that says, “When I saw Him, I fell at His feet as though dead. Then He placed His right hand on me and said: “Do not be afraid. I am the First and the Last.”

However, there is one thing that upset Jeremy to a great extent. He expressed the disappointment towards the xenophobia presently directed at Asians. “Presumably because the virus broke out in Wuhan province,” reported The Mercury News.

He told TMZ Sports about the “news headlines of racism, xenophobia, attacks on Asians and decaying trust towards people. All heartbreaking and the opposite of God’s kingdom.” 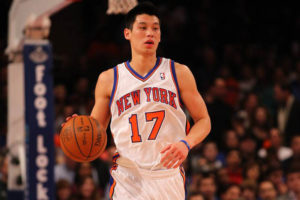 Jeremy’s holy discontent towards the response from some people stirred compassion inside of him as well. A desire to help and reach out to the victims and fight against COVID-19. And so he personally donated $150,000 to efforts to fight against the virus’ deadly effects.

Moreover, the NBA star directed his basketball foundation in China to donate $150,000. This was intended for the purchase of medical equipment for Wuhan.

The former Warriors player also applauded those who were making a difference in this difficult time.

“For every fear-inducing headline, I see hope,” he said. “I see doctors and nurses fighting the front lines in China, Korea, Japan, Iran, Italy, and more. I see people helping people in countries regardless of race or background. Talk less out of hate, more out of empathy.

“Let’s talk about the man who made 16,000 meals for frontline workers.”

“Let’s appreciate the doctor who postponed his wedding, and then tragically lost his life fighting the virus. He’s a hero.”

Then he continued, “Let’s be inspired and demand justice for Meera Solanki who defended her Asian friend against an aggressive man in Birmingham only to be knocked unconscious.”

“Let’s all do our part to quarantine, wash our hands vigorously, wear a protective mask to avoid germs spreading and do our part to share facts and preventive measures.”

“Stay together. Fight, on,” Jeremy said encouraging the people around the world. 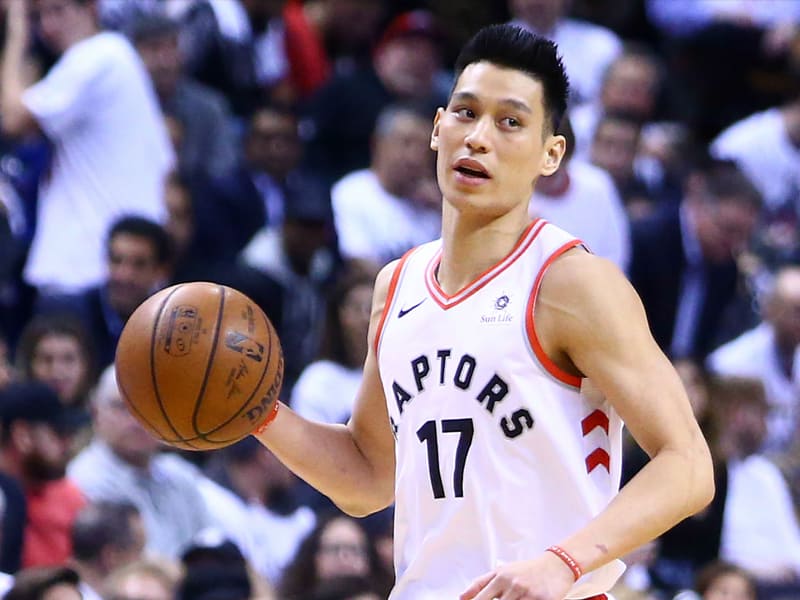 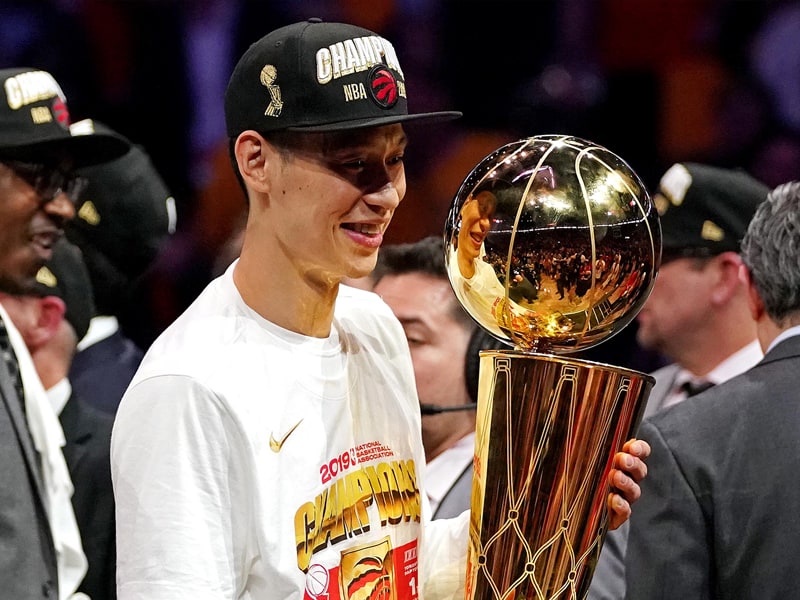 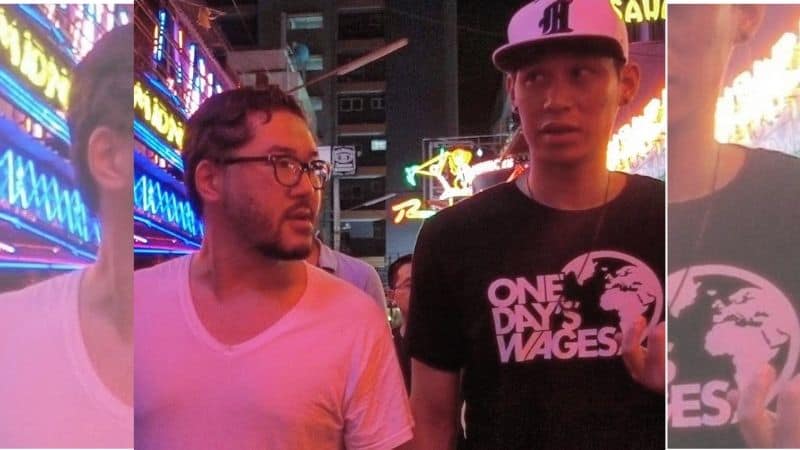 On a recent trip to Asia, star basketball player Jeremy Lin, together with Pastor Eugene Cho witnessed the horrors of human trafficking first hand. This has led to him changing the way he views a few things…

Jeremy teamed up with two Asian-based charities, One Day’s Wages and the Hug Project. Their objective is to raise awareness and support for all affected by human trafficking.

Before leaving for Asia, Jeremy asked for prayer in an email to his supporters: “I’m praying for an awesome trip where I expand my perspective on the world and find conviction from the Holy Spirit on who to partner with for my foundation.”

An answer to prayer

Pastor Eugene Cho, the humanitarian leader of “One Day’s Wages” posted a picture of Jeremy and himself investigating the red light communities in Bangkok, where there are some 10,000 sex workers.

This represents a huge number of people who are abused or exploited every day and most of them are children, according to Gospel Herald.

When @jlin7 and @onedayswages began our partnership this past year, I was taken back that he didn’t just want to make a financial donation but shared that he and his team also wanted to genuinely learn more about the various issues of global justice – both challenges and hopeful aspects. We talked about taking a trip together but I honestly didn’t think his team would follow through. Not that I questioned their heart but his schedule is crazy and he’s constantly training. Add my schedule – even without training. But by God’s grace, it happened. We’ve been traveling throughout Thailand this past week and learning the various nuances, challenges and complexities around girls’ empowerment … patriarchy, poverty, trafficking, education, government, law enforcement, and the list goes on. Earlier this week, we walked through one of the red light districts in Bangkok where on any given night, there are 10,000 sex workers. I’ve been here several times before but it’s still as heavy and painful. Many of these sex workers are from rural areas, the hill tribes, and migrants from neigboring countries. I’m deeply appreciative of Jeremy and his team for joining me this week. Grateful for the various NGOs that hosted us to share their passion and heartaches. Can’t wait to share more as I make my way back home. #jlin7 #jeremylin #onedayswages #ODWandJLIN

“We’ve been traveling throughout Thailand this past week and learning the various nuances, challenges, and complexities around girls’ empowerment… patriarchy, poverty, trafficking, education, government, law enforcement, and the list goes on,” Pastor Cho revealed.

“Earlier this week, we walked through one of the red light districts in Bangkok where on any given night, there are 10,000 sex workers. I’ve been here several times before but it’s still as heavy and painful. Many of these sex workers are from rural areas, the hill tribes, and migrants from neighboring countries,” he continued.

“I’m deeply appreciative of Jeremy and his team for joining me this week. Grateful for the various NGOs that hosted us to share their passion and heartache.”

Jeremy and his team

Jeremy Lin’s successful NBA career and busy training schedule did not hinder him from helping a hurting world in Bangkok. His willingness to help and be used by God will make a huge difference.

Jeremy shared the picture that Pastor Cho posted on in his Instagram account, with the simple caption: “This trip changed my perspective for real.”

Let’s continue to pray for an end to Human trafficking. As Jeremy writes, “God’s not asking me to be perfect, just to be WILLING.” Let’s be willing to serve Him and others.

This article was compiled by the GOD TV team. 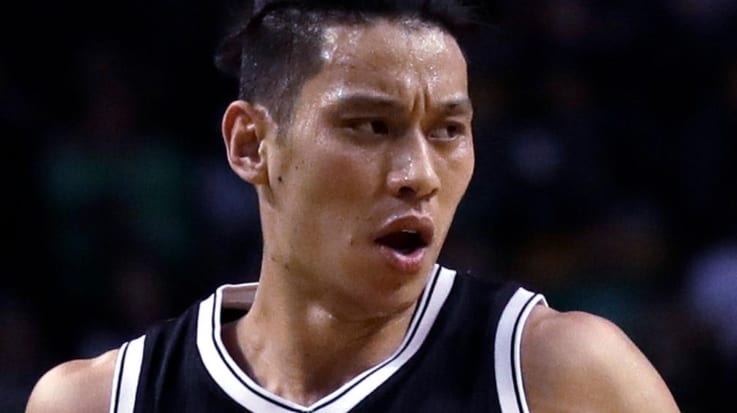 Jeremy Lin Of The Toronto Raptors Starts A Prayer Movement

Jeremy Lin of the Toronto Raptors made history by becoming the first Taiwanese-American to be drafted to the NBA but now he’s making headlines for starting a prayer movement.

Jeremy, a Harvard grad raised by Christian parents, has never been shy about his faith, often tweeting out Bible verses and faith-inspired messages.

But after listening to a sermon series on prayer, he felt convicted the he wasn’t making God his first priority.

“Recently, I listened to a 9-part sermon series on prayer by Pastor Caleb Clardy of Trinity Grace Church – Park Slope and read Fresh Wind Fresh Fire by Jim Cymbala. It really convicted me that I spend too much of my life trying to work, work, work, instead of praying and allowing God to be God,” Jeremy wrote in an email to his prayer group subscribers.

This personal conviction led to an invitation to his fans.

“I’ve been heavily challenged personally to pray more often and more boldly. So that’s why I decided to start a prayer movement with whoever will pray alongside me during the 2019 NBA Playoffs,” he said.

“I will fight to be a faithful steward with whatever God gives me – and right now, that’s my heart to pray and for the 11,191 (and counting) prayer warriors that I can encourage to pray with me,” he added. 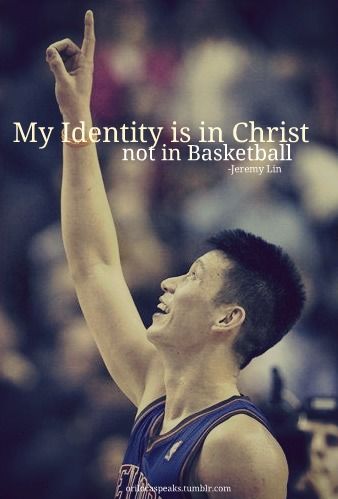 “If through these prayer requests you feel God calling you to pray for your family, your team/place of work or your city more, please pray as you feel led!” Jeremy concluded.

The future for Jeremy Lin

Jeremy and the Toronto Raptors went on to win the 2019 NBA Finals, but the big win for the Kingdom was the prayer movement that become synonymous with the playoffs.

Jeremy continues to use his fame and platform to make positive change in the world. He’s recently partnered with One Day’s Wage, an humanitarian organization created to help end poverty, educate and empower vulnerable children.  You can learn more about Lin’s work with One Day’s Wage by watching the short clip.

People matter – incl. the most vulnerable around the world. This is why I'm so grateful for my partnership with @OneDaysWages and @EugeneCho. Every year I donate my 'one game's wage' & am committed to learning + helping to empower those living in poverty! https://t.co/t0k0wsIMGf