BREAKING
GRAMMY-Awardee Jason Crabb And His Journey In The Christian Faith
A Single Mother Knew She’d Regret Having An Abortion: “Life Was the...
Woman Forgives The Abuser And Knows That He, Too, Has Given His...
Home Tags Posts tagged with "Jericho March"
Tag: 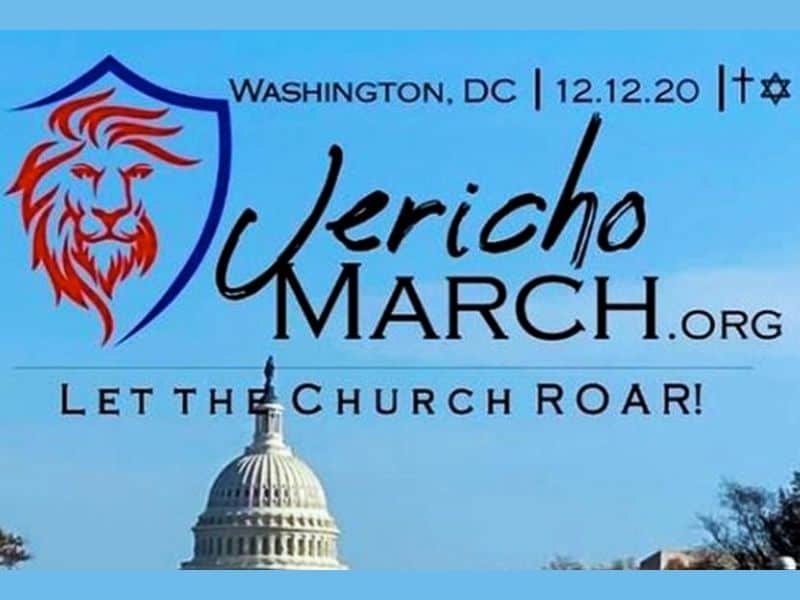 Christians, Catholic and evangelical alike, are gathering around State capitols across America for a “Jericho March.” They are coming together to pray for election integrity, transparency, and reform.

Arina Grossu, a Catholic religious leader, and Rob Weaver, an evangelical Christian leader, had the same vision to march around various state capitols. They have received the vision individually. But, when they found out they have the same goal, they decided to team up.

Grossu said, “God was calling us to set up these marches and help mobilize our people – saints and patriots – out around their state capitols, especially in the swing states.” Particularly Arizona, Georgia, Michigan, Nevada, Pennsylvania, and Wisconsin.

“We wanted to encourage people to go and peacefully pray, protest, and march around their state capitol seven times every single day at noon in collaboration with everyone else until December 14, 2020.”

The march around Jericho is found in Joshua 6 and what inspired Grossu and Weaver. It tells of the Israelites’ expedition in seeing the walls of Jericho fall by marching around the city.

Today, the marchers hope for the walls of corruption to fall.

Springing up from the local areas

“To our amazement, God had people literally going to every state capitol. We were getting reports of people even marching around their courthouses,” Weaver explained.

“We want people to go out to the places they’ll march on their own, in a group. Many times their churches are going out. People go on their lunch break. It’s really kind of amazing how it works. And they’re self-led.”

Grossu noted that believers can keep the prayer rallies simple. “People don’t need to do a lot of planning. They just bring themselves and their families. And if there’s a church group or a youth group that wants to go and pray at noon, they just do so. So it doesn’t require a lot of planning, except for just getting there and deciding what they’re going to pray.”

Furthermore, they are planning for the biggest Jericho March in the nation’s capital on December 12. “Our theme for the December 12th event is ‘Let the Church ROAR!’  Because the church is rising up, and we are rising up in prayer,” Grossu said.

“We know that God can do big, big things, and He can move mountains.  And we are showing up and doing our part to pray and be unified in our faithfulness.”

Franklin Graham Calls For Prayer March 2020: “Our Only Hope For This Country Is God”