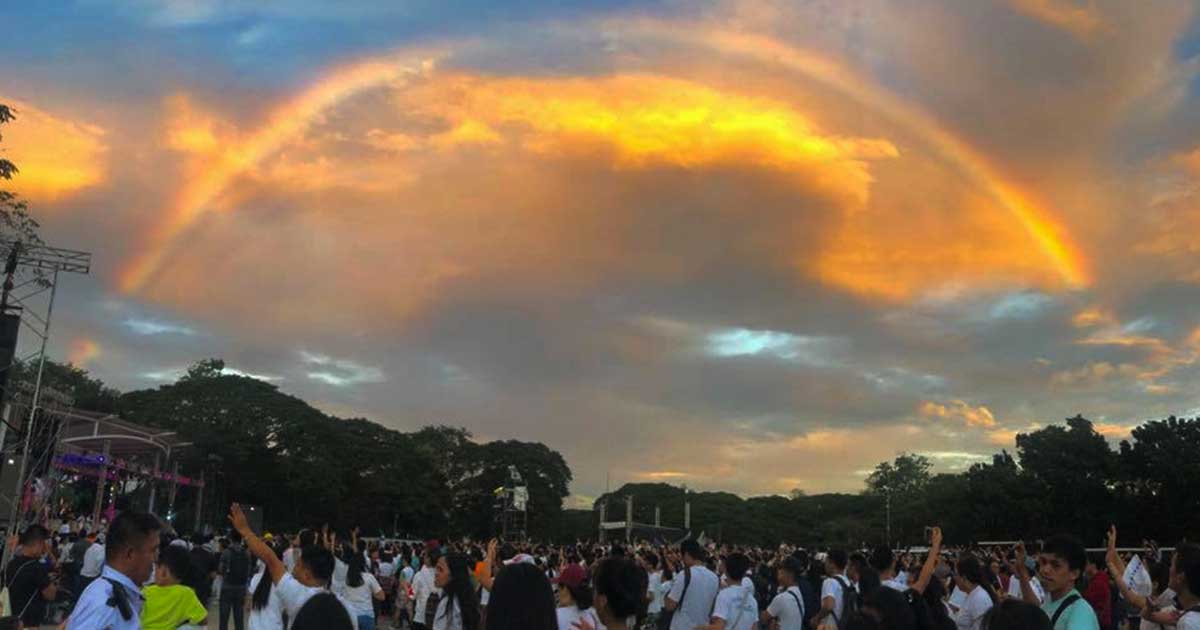 Jesus Reigns is a nationwide day of celebration in the Philippines across the 82 provinces of the island nation, to declare Jesus as Lord.

It’s vision is: to see every nation, consumed by the love of the Heavenly Father, empowered by the Holy Spirit, seeking to honor God and worship Jesus Christ alone and exalt the name of Jesus in righteous living as one body for individual restoration and national transformation. – Jesus Reigns website

This event is held on November 30 every year and gathers the Body of Christ together from different churches to promote unity. This is the time of the year where devoted followers put denominational and theological differences aside, and unite.

During this year’s event an amazing phenomenon happened. In a national park in Quezon City where the Jesus Reigns celebration was being held, a rainbow suddenly appeared in the sky.

The scientific explanation of a rainbow is a meteorological phenomenon that is caused by reflection, refraction, and dispersion of light in water droplets resulting in a spectrum of light appearing in the sky. The detail that God puts into creating these masterpieces is amazing. 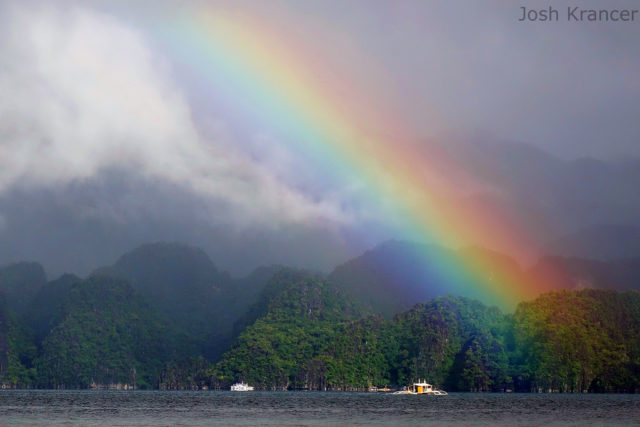 Rainbows in the Bible

The Bible references this beautiful phenomenon in the Old Testament. It is found in Genesis 9:13-16,

The Word of God is clear that the rainbow is a reminder of His promises to us. He continues to keep His promises from generation to generation even when we a unfaithful to Him. As thousands of Filipinos declared the name of Jesus over their nation, the Spirit of the Lord was present. Shobe Santiago, who beheld the great wonder posted on Facebook:

God is so faithful! These rainbows serve as banners of His love and reminders that He is here with us. Thank You Jesus!