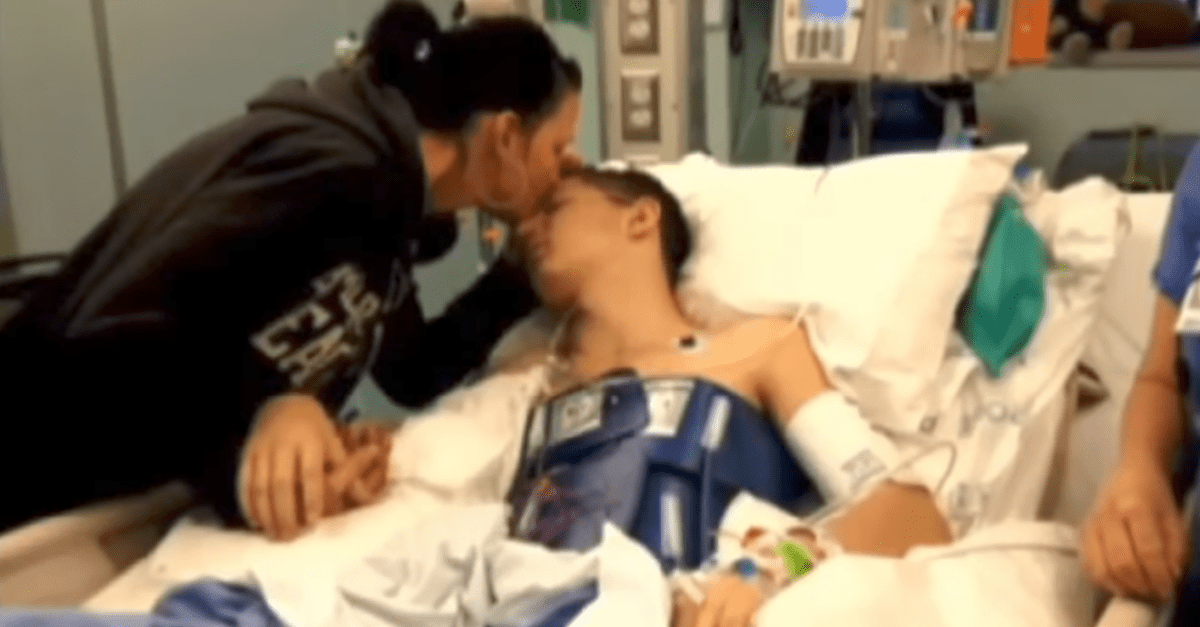 Seventeen-year-old Zack Clements is by all accounts a normal, healthy, strong high schooler. He plays on the football team, goofs around, and participates in PE. But that’s precisely what got him into trouble. As he was running in PE class, he dropped to the ground. Sudden cardiac arrest, then doctors later determined. Zack was dead and without a heartbeat for 20 minutes. But then he woke up.

That he woke up, in and of itself, is an unexplainable medical miracle. But wait until you learn what he saw a while he was dead!

A Vision of Christ

According to Zack’s mother, he was completely blue and seemingly dead as emergency medical technicians frantically administered CPR in an attempt to revive the young life. While they were frazzled, Zack was at peace.

Zack reports, “I saw a man that had longish, ruffled hair with a thick beard. And it didn’t take me long to realize that it was Jesus.” This account of Jesus’s appearance is not unlike that of other near-death experiences and divine encounters. It is also similar to the portrayal of Jesus in religious paintings.

But that’s just where Zack’s story beings. Zack continues, “I went up to Him and He put His hand on my shoulder and told me that everything would be alright. Not to worry. I was calm and at peace.” Zack further reports that he heard angels singing in the background.

The divine shepherd comforting one of his flock – if Zack indeed encountered Jesus, then it appears that His character hasn’t changed in over two millennia. Biblical Jesus, who loved, cared for and even healed His people is the same Jesus who watches after us today. It is unfathomable but true that the Son of God still deeply loves us – sins and all.

Medically speaking, Zack was dead. Just as hospital staff was preparing to make it official, his heart sputtered back to life. It had been over 20 minutes, and there was no medical explanation for this turn of events. He should have been dead. But instead, he was very much alive.

He was quickly airlifted to a children’s hospital, and he woke up a few days later. His recovery since then has been absolutely incredible. Today he is a healthy, happy teenage boy. But on the inside, he is forever changed.

Zack believes that he has no other alternative than to accept that he encountered Jesus and was healed. He admits that his faith is much stronger now because of it.

His parents’ lives have been changed as well. According to his father, “For him to wake up and tell us something that he experienced like that – you can’t explain it. It’s not humanly possible to explain it.” Accepting his son’s experience as divine intervention is the only logical option.

His relieved mother added, “I’m just glad Jesus decided to let me have my baby back.”

Zack is not the first child to be raised from the dead by Jesus. In Mark 5:42, Jesus resurrected a 12-year-old girl. In Luke 7:15, He gave life to a widow’s dead son. Clearly, Jesus has compassion for His people and especially children, who Jesus commends for their wholehearted faith.

You can doubt and second-guess Zack’s story and Jesus’s other recorded healings, or you can accept them with faith like a child – a curious, hopeful child who believes in the impossible and searches for the divine.