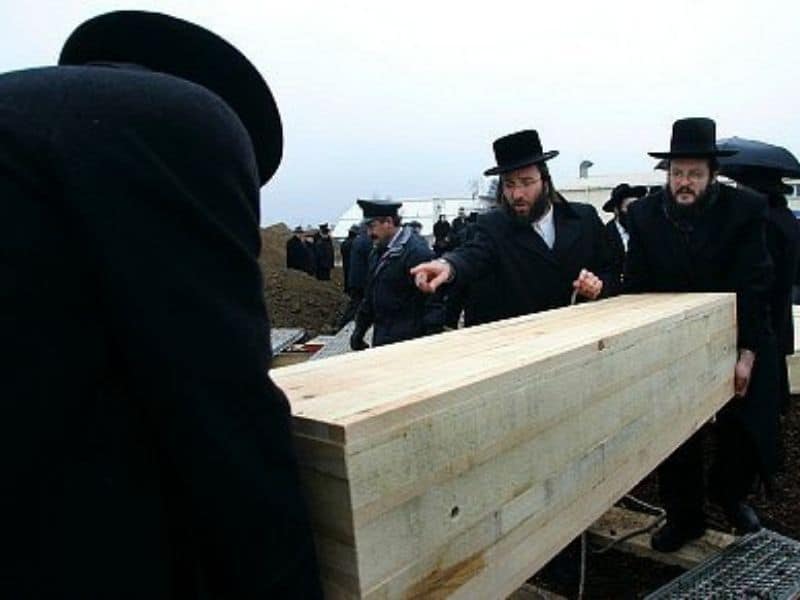 Just as the Jews have a way of living, they also have a way in death and burial. They have an order of Jewish death rituals that they follow to honor their dead.

Jewish burial happens quickly. Their law states that the deceased be buried immediately within 24 hours after death. They allow delays only if immediate family members outside the city cannot arrive on time or the death happened on Shabbat, Yom Kippur, or the first days of major festivals. Anything less will be considered “humiliation of the dead.”

From the moment of death, the body is guarded and never left alone. This practice is called shmira. It is based on the principle of honoring the dead.

They then prepare the body for burial. Men prepare for men while women prepare for women. Although the body will get turned in many directions while washing, it should never be face down.

The body will then be placed in a simple pine coffin, as mandated by Jewish law. They forbid cremation and embalming.

Before they begin their funeral service, family members tear their garments to symbolize their loss. Then, the ceremony will begin with recitation of Psalms, usually Psalm 23 or Psalm 121. It is then followed by the core part of the service, eulogy to be given by a family member or a close friend. The singing of El Malei Rachamim will then close the service. It is a hymn that asks God to take care of the dead and give them peace.

Afterwards, the burial will take place. At the cemetery, Jews observe a custom –  they pause seven times to recite Psalm 91. It signifies their unwillingness for their loved one to pass on. When the coffin is now lowered on the grave, they throw a handful of dirt to fulfill their mitzvah of helping bury the dead.

It is customary for the family to sit Shiva, which means ‘in mourning’. This is a week-long mourning period that helps family members undergo stages of grieving. Each stage focuses in honoring and remembering the dead, while giving time and appropriate ways to grieve and cope with the loss.

Jews Have Prayed The Shema For Thousands Of Years; What Is Shema?