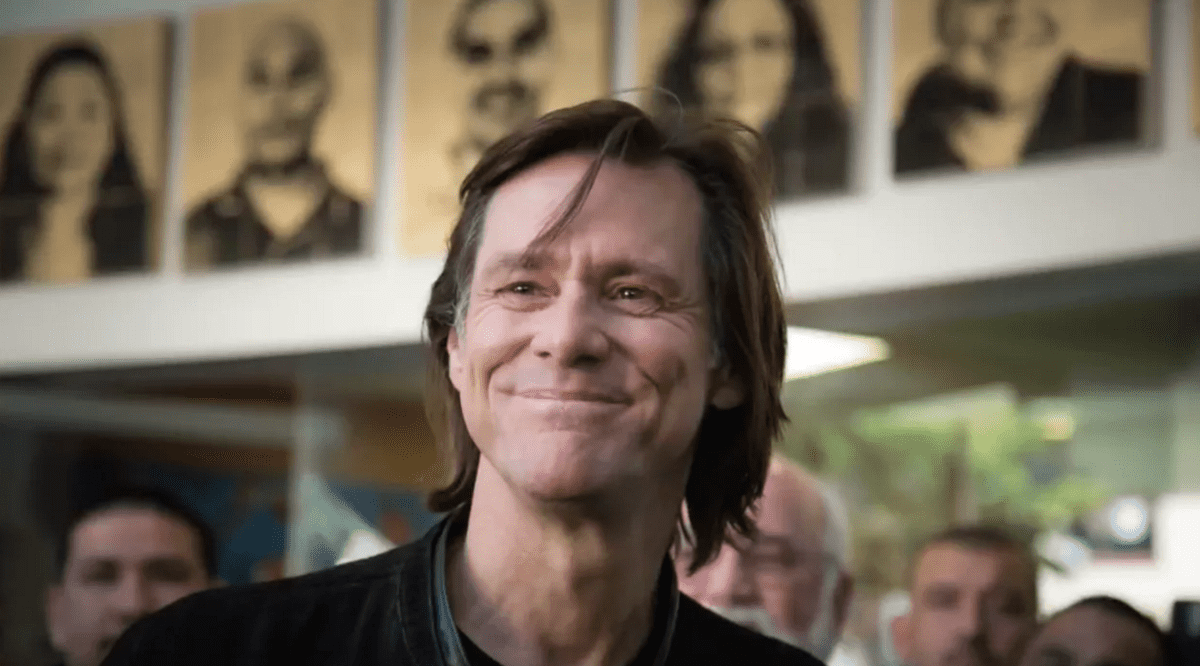 For many comedians, the line between comedy and tragedy is thin and not always decipherable. There are many anecdotal stories of the funniest among us suffering from severe bouts of depression, and even some, like Robin Williams, succumbing to it.

Even the bright-eyed and quick-witted Jim Carrey has admitted to struggling with mental health. Indeed, he has ventured into transcendental meditation to overcome racing thoughts and depression. But few were aware of his burgeoning faith journey. So when he recently delivered an impromptu sermon – and a profound one at that – to a group of ex-cons, he took the world by surprise.

Incorporating orthodox and unorthodox messages into his short sermon, Carrey’s words stir Christians and non-Christians alike. Jim Carrey has something new to say, world, so listen up.

Standing in front of a group of ex-cons and former gang members, Jim Carrey began by announcing that the room was filled with God. Reminiscent of Jesus, Carrey seemed to feel right at home among those who are marginalized and disempowered. He called them “heroes,” saying that he admired them for making the decision “to transcend and leave darkness behind.”

Clearly, Carrey has thought about suffering. In fact, he has lived it. Without going into specifics, he admitted to experiencing challenges in the past couple of years. Indeed, he is facing a wrongful death trial, having been accused of supplying the drugs that his girlfriend Cathriona White used to commit suicide in 2015.

But instead of going on the offensive, Carrey advocates for imitating Jesus, who “suffered terribly” but looked with compassion upon his oppressors. It is this compassion that “opens the gate of forgiveness.”

Carrey believes that meditation supplements his faith. He encouraged the ex-cons, many of whom no doubt have “trauma and trust issues,” to develop the ability to close their eyes “for a few moments a day and let go of the show that’s going on in their heads.”

Carrey went on to say, “Meditation, for me, is a way to … recognize that those thoughts are just thoughts, and like clouds that cross the sky they will pass on.” It enables you to “pull yourself back to a place of peace, to stop the spiral of thought.”

Here’s where Carrey diverges from mainstream Christianity. He declared that through meditation, people realize that they are bigger than themselves; they can begin to see that “every cell” of their body “is God.” Encouraging them to transcend negativity, he invited them to be part of the “body of Christ.”

Whether or not you agree with him, it is very evident that Carrey is on a spiritual journey, actively seeking to uncover the truth.

Carrey delivered the grace-filled speech in downtown Los Angeles at Homeboy Industries – a group that he actively supports. Founded by Father Gregory Boyle, Homeboy Industries is an inspiring community of ex-cons and former gang members who want to revamp their lives and become contributing members of society. The ministry’s stated goal is investing in people instead of incarcerating them – exercising compassion rather than judgment.

Praise God for the celebrities that use their clout to boldly declare Jesus’s name and follow in His footsteps.

Thought for the Day: Jim Carrey - 09/09/17: This Room is Filled With God
July 21, 2017 0 comment
0 FacebookTwitterPinterestTelegramEmail