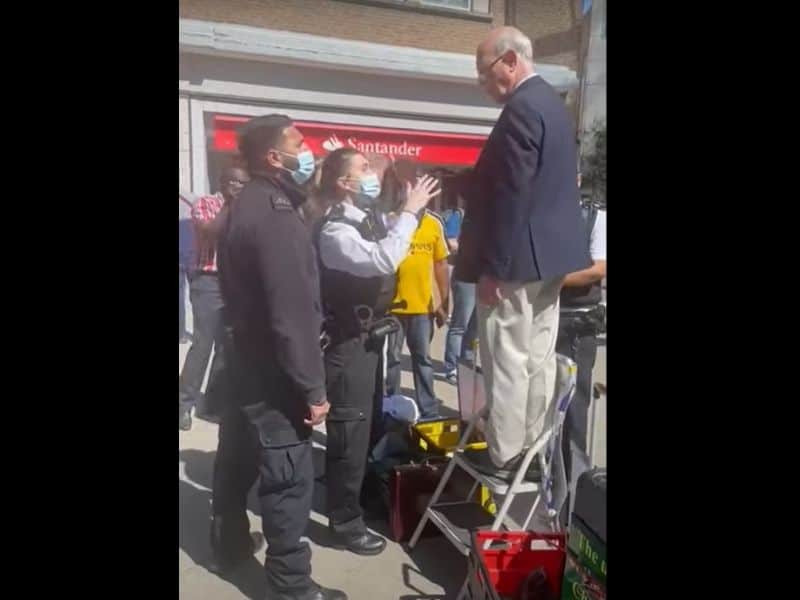 Pastor John Sherwood, who was recently acquitted of “hate speech,” shared his sentiments about continuing to preach the Gospel. The street preacher’s courage triumphed over the fear of potential arrests he may face when sharing the Word of God.

Last year, police officers arrested Pastor Sherwood on charges of of alleged hate speech. Many complained of his “homophobic” message about Genesis 1:27-28. In contrast, Pastor Sherwood was only expounding on the passage of God’s original design for families. He boldly declared that a family unit consists of a father and mother, not two fathers or two mothers.

In his interview with Christian Today, he recalled his experience on the day of the trial.

“My experience in the many months leading up to the trial was not a happy one,” he shared.

But the fearless pastor rested on God’s sovereignty. He took shelter on Jesus’ word in John 19:11. Before the crucifixion, Pontius Pilate told Jesus that he was powerful enough to have him released or not. But Jesus replied, “Thou couldest have no power at all against me, except it were given thee from above.”

With this, Pastor Sherwood calmly faced the trial believing in the God who reigns overall.

Today, he encouraged pastors and preachers to be bolder and not fear the persecution that may come with the Gospel of Jesus Christ.

He referred to Acts 4, where apostles Peter and John were also arrested because of the message of Christ. When warned not to preach again, the two apostles said, “We cannot but speak the things which we have seen and heard.” (Acts 4:20)

“I accordingly believe that, despite the threats of the establishment or despite their wanting to control our activities, we must continue to preach the word publicly at every opportunity,” Sherwood said.

Moreover, during the apostolic times, disciples of Christ rejoiced when they were counted worthy to suffer for Jesus’ sake. Sherwood said that the delight remains today.

“I firmly believe that biblical teaching should not be compromised because of pressure from the man-pleasing dictates and the fashions of the day,” he added.