BREAKING
Catch a Ride on a Shared Scooter—“Micro-mobility” Coming to Tel Aviv Next...
Israel Military to Conduct First-ever Simulated Strike on Iran
‘Injury to the Heart of Iran’: Details on the Life and Death...
STAND WITH UKRAINE
Home Tags Posts tagged with "Joshua"
Tag: 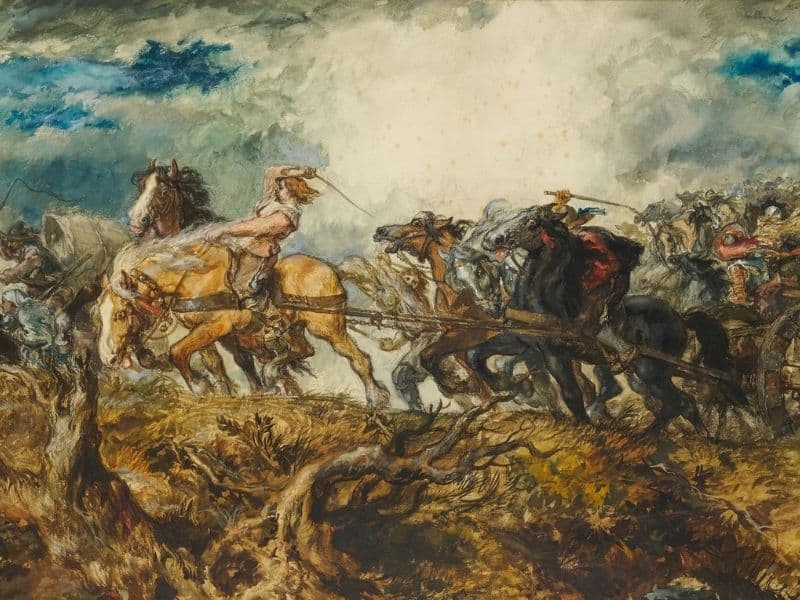 Joshua Encountered The Commander Of The LORD’s Army

Moses’ successor, Joshua, encountered a man with a drawn sword before they conquered the land of Jericho. The warrior introduced himself as the “Commander of the Lord’s army.” But, we will understand His true identity when we read some proof from the Bible itself.

Commander of the Lord’s Army

“So He said, ‘No, but as Commander of the army of the Lord I have now come.’ And Joshua fell on his face to the earth and worshiped, and said to Him, ‘What does my Lord say to His servant?’ Then the Commander of the Lord’s army said to Joshua, ‘Take your sandal off your foot, for the place where you stand is holy.’ And Joshua did so.” (Joshua 5:14-25)

There was no more information about this mysterious Commander. But, from these verses, we will learn that He was actually God, Himself.

In Revelation 19:9-10, John met an Angel of God who delivered the message of Jesus. At this, John bowed down to him in worship, but the angel said, “Don’t do that! I am a fellow servant with you and with your brothers and sisters who hold to the testimony of Jesus. Worship God!”

Indeed, the Creature Joshua met was not an angel, for angels don’t receive worship from men.

Second, He told Joshua to remove his sandals for where he stood was holy. This familiar scene also happened when Moses encountered God in a burning bush. “‘Do not come any closer,’ God said. ‘Take off your sandals, for the place where you are standing is holy ground'” (Exodus 3:5)

It was not an angel Moses met, and it was God Himself.

His appearance to Joshua was the fulfillment of His promise to Moses. Exodus 33:13-15,” ‘If you are pleased with me, teach me your ways, so I may know you and continue to find favor with you. Remember that this nation is your people.’ The Lord replied, ‘My Presence will go with you, and I will give you rest.’ Then Moses said to him, ‘If your Presence does not go with us, do not send us up from here.'”

We know that the One who went before Joshua and led them to conquer the promised land was not just an angel from the Lord, but it was Him, Himself. He is Emmanuel, the God with Us.