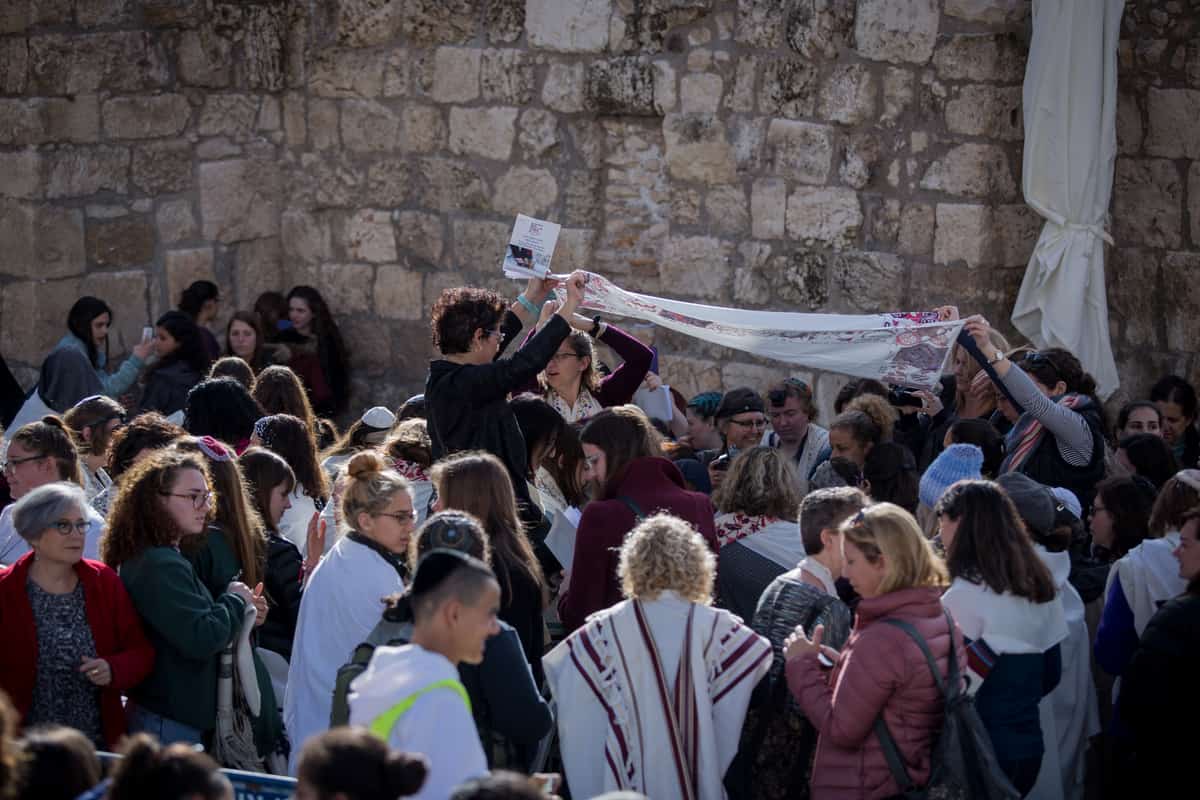 Between 12 and 13 percent of Israelis are turning to the Reform and Conservative movement, a study by the Jewish People Policy Institute (JPPI) has found, adding that these numbers illustrate significant growth in the last decade.

According to the report, about 800,000 Israelis identify as either Conservative or Reform

“There are 125 total Reform or Conservative communities throughout Israel, 56 of them with permanent synagogues,” the study says. “There are there are 280 rabbis affiliated with the movements nationally, 85 of them working in communal capacities, and 8-10 new rabbis are ordained in Israel each year by the movements’ seminaries.”

The author of the study, Dan Feferman, explained that most secular Israelis are not really secular or detached from Judaism.

“[They] largely engage in Jewish practice, holiday observance of some sort, and lifecycle events. This connects to a general shift to post-materialist societies in the West, which has inspired some renewed interest in spirituality, religious practice, culture, and tradition,

“However,” he said, “those secular Israelis are also turned off by Orthodox Judaism, more specifically the Rabbinate and the religious establishment, and are increasingly exposed to non-Orthodox alternatives through travel abroad and interaction with local communities, interactions with Diaspora Jews in Israel and attendance of Reform or Conservative bar/bat mitzvahs or weddings.”

Shmuel Rosner, the head of the Pluralism Project at JPPI under which this report was written, told TPS that it is “important for Israelis to go beyond the myth of ‘no Reform Judaism’ in Israel – a theme that the Orthodox factions are naturally trying to promote.”

Rosner explained that the report was done as part of a concerted effort by JPPI to learn more about the contours of Israeli Judaism.

Asked what the most surprising finding was, he highlighted the fact that “Reform and Conservative Judaism have become the go-to option for many secular Israelis.”

According to the study, significantly less funding and support is given the Reform and Conservative movement than Orthodox and Haredi groups, he said, adding that it was millions versus billions of shekels.

“However, the movements are able to access some funding, including for rabbi salaries, synagogues, and educational programs,” Feferman explained. “They also garner significant cooperation from various government offices on specific [education] programs and some municipalities.”

Feferman said that the unequal status of the non-Orthodox movements in Israel is a constant point of contention between the Israeli government and many Diaspora Jews. “Significant elements of the government and the constituencies they represent are strongly opposed to the liberal movements, and even to expressions of religious pluralism,” he wrote. “At the same time, while there is wide support for these movements among the public, this support is not afforded high importance or priority by the supporters themselves.”

This means that policies favorable to these movements may find favor with Diaspora Jewry, but will cause domestic “political discord.”

He emphasized that “continued attempts by the Haredi parties to push legislation that would grant greater control to the Rabbinate and block the non-Orthodox movements [as well as Modern Orthodox groups], is driving many Israelis to bypass the Rabbinate altogether.”

Some of these bypassing efforts are led by Modern Orthodox groups alongside the Reform and Conservative Movements. This could make the Rabbinate irrelevant to a significant portion of Jewish Israelis if this trend continues – marriage, kashrut supervision, conversion, etc.

He also quoted a 2017 Hiddush survey, which found that when respondents were asked which they would choose for themselves or their children, assuming all options were recognized by the state equally, half noted a preference for a non-Orthodox marriage ceremony – of these, 11 percent said they prefer Conservative or Reform, 30 percent civil marriage, and 9 percent said they would cohabitate without any official marriage.

Asked about the reaction the Orthodox and Haredi streams in Israel will have to the study, Rosner said it would be “panic.”

“They see the trends and don’t exactly know what to do about them – that’s why we see harsh rhetoric of Orthodox leaders against Reform and (to less extent) Conservative Judaism,” he said.

Rosner added that he does not “expect the government to do much” in response to the findings. “This is something that should be built from the ground up by the people interested in this rise of progressive Judaism,” he added.

JPPI’s President, Avinoam Bar-Yosef told TPS that “in the past, secular Israeli Jews tended to utilize the Chief Rabbinate services in ceremonies marking major life-cycle events as an expression of unity, more and more are showing fatigue with the religious establishment and turning to alternative spiritual options. Alternative Kashrut certification are also increasingly sought.”
Bar-Yosef emphasizes that the study shows how some of those who were perceived in the past as “secular Orthodox” mention that they prefer that “the synagogue they don’t attend” be Reform or Conservative.

The report, authored by Dan Feferman, is based on data from a survey conducted by the Jerusalem-based JPPI with Prof. Camil Fuchs on 3,000 Israeli Jews for a an upcoming report on Israeli Judaism.