BREAKING
Cancer Patient Survives A ‘Death Sentence’ & Receives A Surprise From Jennifer...
TikTok Kid Preacher Feels God In His Prayer Time; “I Am Not...
“Jesus Appeared To Me Twice So That This Message Will Be Delivered...
Home Tags Posts tagged with "jules verne"
Tag: 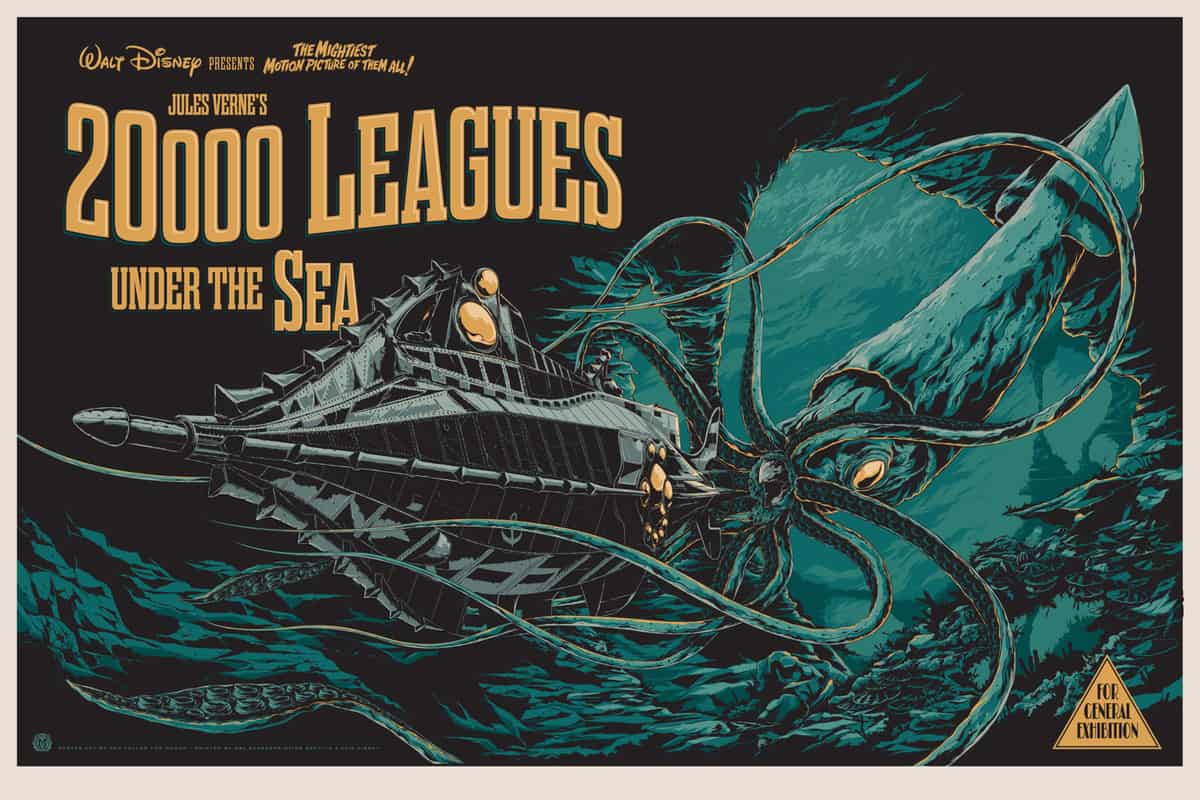 There are two things that most astonish me about the Walt Disney 1954 production of 20,000 Leagues under the Sea. The first is just how good the lavish production design and practical visual effects hold up today. The second is how brilliantly director Richard Fleischer and screenwriter Earl Felton captures the essence of Jules Verne’s classic novel in a way that is both accessible to family audiences, yet does not water down any of the weightier themes in what remains an absolutely first-rate adventure.

For those unfamiliar with the story, the plot concerns Professor Pierre Aronnax (Paul Lukas), who along with his assistant Conseil (Peter Lorre) and whaling harpooner Ned Land (Kirk Douglas), set out to investigate the mysterious disappearance of ships supposedly attacked by a sea monster, circa 1868. What they discover instead is the extraordinary Captain Nemo (James Mason), a scientific genius who has renounced western civilisation for a life under the sea in his revolutionary submarine the Nautilus, which is powered by something that appears to be nuclear power, way ahead of its discovery in the 20th Century.

Visually this is a stunning piece, shot in gorgeous widescreen. On its original release it was an event movie unlike anything that had been seen before. Today it still looks terrific, especially in epic set pieces such as the unforgettable attack of the giant squid. The performances are good too, especially from Mason whose Nemo is superb, neatly balancing both the suppressed madness and sympathetic grace of a character driven to play God.

Themes to Think About

It is in the exploration of this hubris that the film really excels. The underlying tragedy of Nemo’s arrogant assumption that he can act as judge, jury and executioner by sinking ships carrying explosives mined in the brutal prison penal colony where he was once held prisoner is fearlessly explored, not patronising the children in the audience for one second.

Furthermore, the idolatry of putting scientific discovery ahead of human life is subtly but brilliantly touched on in Aronnax’s near worship of Nemo. It takes the common sense of the often uncouth Ned Land to snap him out of it. Aronnax himself also mourns for the way Nemo has let hate eat him up. Yet despite this, Nemo’s tragic character arc comes to a poignant, sort-of redemption when he realises that all his discoveries “will come to pass, in God’s good time”. Audience knowledge of the 20th Century nuclear arms race lends that line a haunting ambiguity, bearing in mind that the film was made at the height of the Cold War. For all his arrogance, Nemo’s assertions that man was not ready for such technology could just have been correct.

These understated but powerful spiritual themes continue to provoke interesting discussion with one’s children, who are initially captivated by the mystery and action scenes. In recent years, there have been rumblings about a remake of 20,000 Leagues under the Sea. My advice: don’t bother. No remake will top this one, no matter how many computer generated visual effects are thrown at it.