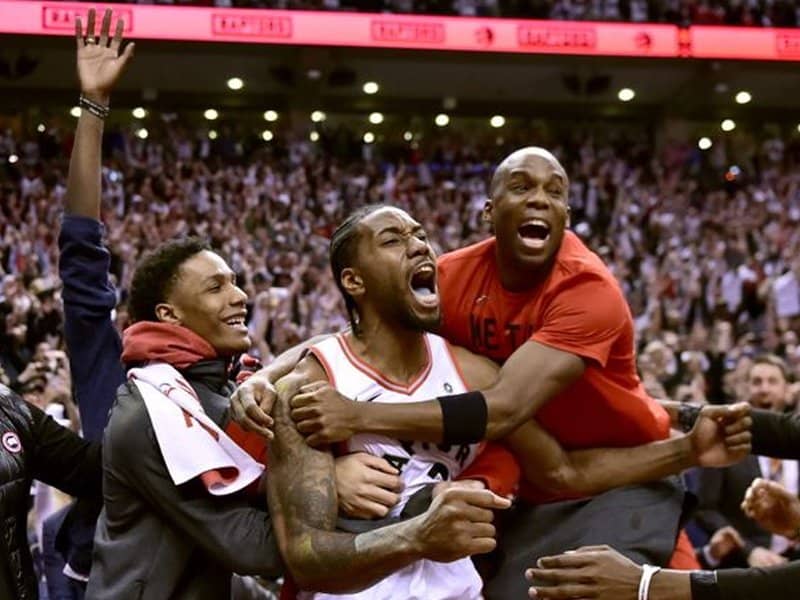 National Basketball Association (NBA) Superstar Kawhi Leonard has acknowledged God’s role in his life after his team won the NBA Playoffs Game 7 for Toronto against Philadelphia.

Kawhi Anthony Leonard played for the San Antonio Spurs for seven seasons and won the NBA Championship in 2014. He was also named the Final’s Most Valuable Player in that season and is a three-time All-Star. The NBA Superstar was then traded to the Toronto Raptors in 2018.

Just last night, Toronto Raptors defeated the Philadelphia 76ers in Game 7 of the second-round series. With Kawhi’s buzzer-beater shot at the end of the fourth quarter, they were able to advance to the Eastern Conference Finals.

The Raptors were tied with the 76ers with the score of 90-90 with just 4.2 seconds left on the clock. Raptors had the final possession of the ball and everyone in the Scotiabank Arena was getting anxious.

Nick Nurse, Toronto Raptors head coach, decided to play their fate in the hands of Kawhi. With just a few seconds on the clock, the ball was inbounded to Kawhi and he drove towards the right side of the ring. He did a perimeter shot with just 0.7 seconds left on the clock! Everyone was silenced for a few seconds as the ball bounced a couple of times on the rim of the ring.

After four bounces, the ball went through the ring and the Raptors won the game! The arena was shaking as everyone jumped in celebration for that nail-biting shot!

On an interview right after the game, Kawhi gave credit to God for what happened.

“Last year was a very down year for me, I was going through a lot. And you know, God is good! I prayed every day and ended up getting healthy, now I’m able to play basketball. You could just see what He does for you,” Kawhi said in the post-game interview.

“I just wanted to leave it all out on the floor.”@ROSGO21 speaks with Kawhi after his incredible Game 7 game-winner!#NBAPlayoffs pic.twitter.com/7LOQ6s9Ylv

The Game 7 final score was 92 – 90 with Raptors claiming the victory. Kawhi scored 41 points during the game making him the top player for that game.

The Toronto Raptors are fighting for Eastern Conference Championship against the Milwaukee Bucks.

Share this story to everyone who was also celebrating with the Raptor’s Victory!