BREAKING
Lay Aside The Old Self
Ben And Jerry’s Staying In Israel, But Founders Aren’t Doing The “Chunky...
Israel Has a New Prime Minister
STAND WITH UKRAINE
Home Tags Posts tagged with "Kicked Out of Bank"
Tag:

Kicked Out of Bank 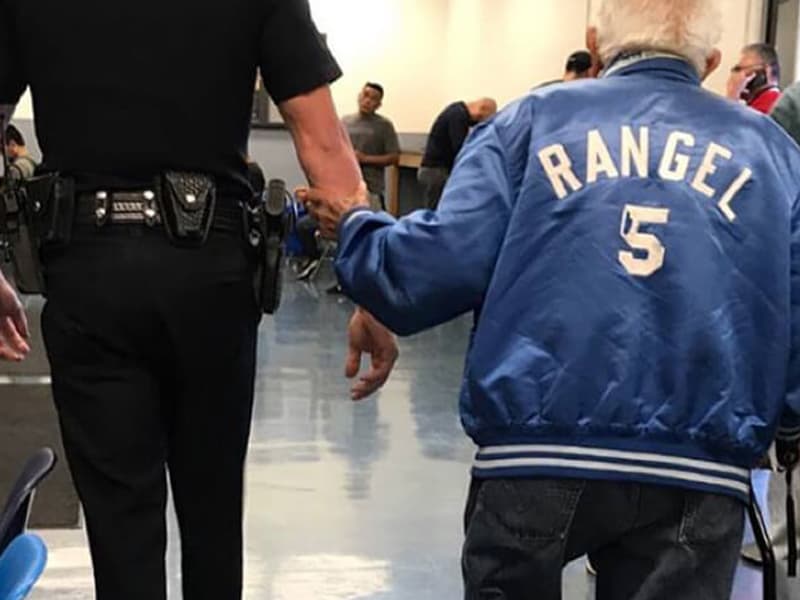 Elderly Man Creates Havoc In A Bank, Cop Who Responds, Does An Unexpected Thing!

Bank officials tried to kick an elderly man out of their building as he was making such a scene.  However, the police officer who responded to the commotion did an unexpected thing!

A 92-year-old man was causing a disturbance at a local Bank Of America in California. He was trying to withdraw from his bank account but was unable to do so because his ID had expired. Because of his lack of identification, the bank teller could not grant the man’s request.

Staff at the bank called the Montebello Police Department to ask for assistance in removing the elderly man from the bank, who was furious. Upon the arrival of police officer Robert Josett, everybody expected him to arrest the elderly man, but that’s not what he did!

Robert assessed the situation and it seemed to him that the senior citizen was of no threat and just wanted access to his account. The kind police officer escorted the elderly man to the Department Of Motor and Vehicles and assisted him in getting a new Driver’s License.

After getting a valid ID, the police officer and the elderly man went back to the bank to help him withdraw the money he needed before the bank closed.

Because of this police officer’s act of kindness, the Montebello Police Department posted a photo of them on Facebook. The photo has touched thousands of people’s hearts and it went viral almost immediately!

Officer Josett’s actions received an avalanche of positive feedback and in one comment, he was even called a “saint” for what he did.

This story shows us that humanity still exists and that a good samaritan can still be found anywhere! You could even be that one person who’ll go our of your way to help others in need.

Read also: Police Officer Leaves $100 Tip And A Note That Made The Pregnant Server Cry