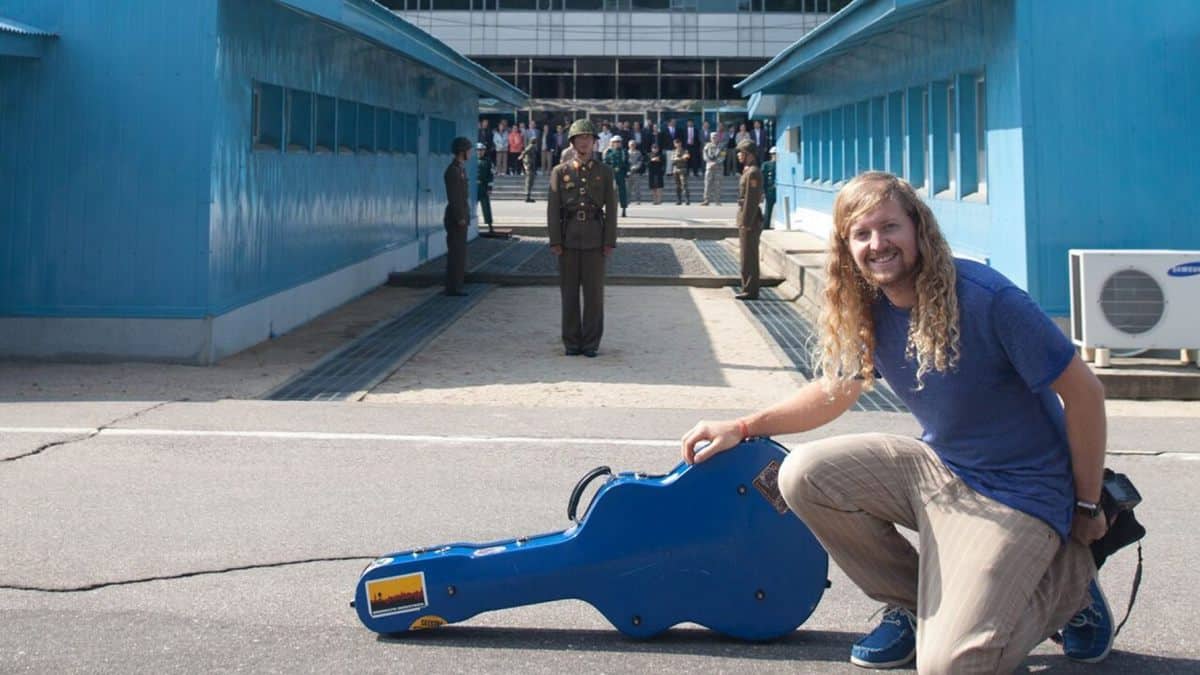 Worship leader Sean Feucht says the recent US / North Korean summit was a significant moment where “prophecy was fulfilled.”

Donald Trump was the first sitting US President to step into North Korea on Sunday, June 30th. He and Kim Jong-un shook hands at the demilitarized zone. And the North Korean leader invited the US President to walk over the dividing line, making history.

Fox News reported that “Sean Feucht penned lyrics for his song Finish What You Started (Song for North Korea) in the exact same spot at the Korean Demilitarized Zone.”

The song was released in 2012 as part of an album called ‘Songs For Nations, calling for peace and hope.

Sean Feucht believes it is significant that Trump and Jong-un chose this strategic meeting place between North and South Korea as the site of their third pursuit at peace. The two leaders embraced before their 50-minute meeting and posed for photographs. Now they must finish what they started! The dearming of North Korea and an end to human rights violations especially against Persecuted Christians.

Finish What You Started by Sean Feucht

Sean Feucht  is a Bethel Music worship leader and author whose songs your church may be singing. Sean’s nonprofit ministry Light a Candle goes to some of the darkest places on earth to worship. Fox News said, “He shared an image on Instagram with his 97,000 followers of his blue guitar case in the exact spot where Trump and Kim walked Sunday, the first time a sitting president walked into the Hermit Kingdom.”

Wrote these lyrics at this exact spot on the DMZ border (from inside North Korea) over 8 years ago. . . ????Oh my God you can do anything, Oh my God Nothing is too hard for you ???? . . Today, at the same exact spot, the US President made made history by stepping onto North Korean soil to negotiate peace. IT’S NEVER HAPPENED BEFORE!! ???????????? . . Oftentimes we have no idea how God can use our simple songs and prayers to change history. Long ways to go still but celebrating small steps (or giant leaps) today! . . #FinishWhatYouStarted #LinkInBio #NorthKorea #Miracle

From that location eight years ago Sean wrote the lyrics, “Oh my God you can do anything, Oh my God Nothing is too hard for you.” And he said, “I never imagined that song would come true.”

He continued saying, “Oftentimes we have no idea how God can use our simple songs and prayers to change history.”

Sean has a new release you can listen to for free on his website: seanfeucht.com

Undoubtedly Prayer is Bringing Breakthrough to the Korean Peninsula. There is hope for a lasting peace between North and South Korea. Also read North Korea to Set Christians Free – Is this a Sign it’s Opening up to the Gospel?