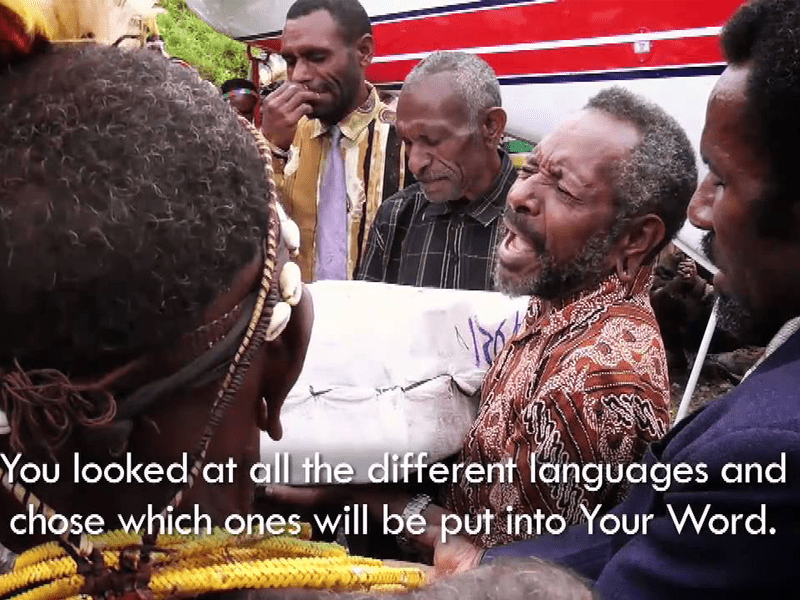 God is truly the God of all people. He chooses no race, no colour, not even physical appearance nor intelligence, but by heart and soul of His children. No language can hinder God’s promises and His amazing grace for His people. This story tells it all:

The Kimyal Tribe belongs to the Papuan Region minorities of Indonesia. Also known as the Eipo Tribe, this society revolves around extended families, lineages, and clansmen house communities. Villagers choose their leaders on the basis of their oratory skill and physical size. On the surface they seemed friendly and controlled but have aggressive traits that are easily triggered and can take the form of a verbal quarrel or a physical attack with sticks, stone axes, or arrows. (Source: Encyclopaedia of World Cultures, Oceania)

More than 10% of men had two wives and five per cent lived permanently without wives. One woman was found living with two brothers. Pre-marital sex is allowed but married couples are expected to be faithful. Separation, divorce, and remarriage are common. The abduction of wives for new marriages is not uncommon.

Conflicts, chaos, and adultery are some of the attributes that ruled over the entire tribe. But everything changed when missionaries came and introduced them to Jesus.

How It All Started

In 1963, missionaries Phil Masters and Bruno deLeeuw trekked into the mountains in the center of Indonesia’s mainland to find the Kimyal Community. On a ridge, they were met by the Kimyal warriors who then welcomed them into their village. Phil and Bruno started building their home in the area and a year later Phil was accompanied by his wife Phyliss and his three children on the mission.

Phil kept journals of their conversations with the Kimyals to learn their language and be able to share Jesus with them. His wife, Phyliss, worked hard to teach the children the alphabet and the basics of writing. They had continued their work for five years, making progress in translating some of the verses of the New Testament until an tragic event occurred. Phil was killed by a neighbouring tribe called the Yali. He was killed by arrows – 100 were found on his body. With deep sorrow and fear for her children, Phyliss had no other choice but to leave the Kimyals.

God never stopped sending people to help the Kimyals learn about Him. There were several missionaries who visited the tribe and continued the work Phil and his family had started. They taught the tribe how to read and write the Gospel. There was even a missionary nurse who visited and started a medical program teaching them to apply first aid to their people.

In 1974, a missionary with polio, Elinor Young, came and stayed with the tribe. She was determined and motivated to help the tribe. She tried to learn and analyse their language to imitate the way they spoke and their tone. It took them several months, close to a year. Something special happened with one of the first Christians in the tribe and their pastor, Siud.

“The greatest change that the Gospel has brought to this culture came from Siud’s own lips. One morning in church he was preaching and he stood there with tears streaming down his face. He said, ‘We used to walk in darkness but now we walk in the light.’ What a picture! And what a picture for them to grasp.”

Elinor lived there for 17 years before she had to leave due to her post-polio illness. By then, a third of the New Testament was already translated. Changes took place affecting everyone, including the children. Most importantly, they have built a strong church lead by their pastor, Siud.

In 2010, after more than two decades, with the help of other missionaries who visited the tribe, Elinor and others came back to the village and handed them the fruit of their labour and sacrifices – the Translated New Testament of the Kimyal Tribe. It was a powerful and moving moment to watch. The tribe surrounded the airstrip waiting for them to arrive. When they saw the plane arriving, they danced with joy and tears were streaming down their faces. The excitement was overwhelming. Siud immediately prayed and thanked God after receiving their Bible.

“Oh God, Oh God. The plan which You had from the beginning, regarding your Kimyals which already existed in your Spirit. The month that you had set, the day that you had set, has come to pass today. Oh my Father, Oh my Father. The promise that You gave Simeon that he would see Jesus Christ and hold Him in his arms before he died…I also have been waiting on that same promise…

“Oh God. You looked at all the different languages and chose which ones will be put into Your Word. You thought we should see Your Word in our language. Today, the day You had chosen for this to be fulfilled, has come to pass. Oh, God today You have placed Your word into my hands, just like you promised. You have placed it here in our land. And for all this, Oh God, I give You praise! Amen!”

A roar of thanksgiving took over the place. People began shouting and dancing giving praise to our almighty God. Everyone was overjoyed and excited to receive their own Bible. Welega, one of the Bible translators said, “Today we received our reward for that which we have worked. Psalms 126 says, ‘Those who sow in tears shall reap in joyful shouting.’ Today I’m reaping the fruit of the burden that I carried over this work. And I am rejoicing and all the people with me!”

A Great Multitude from Every Nation

Truly, there is power in His Name! And not even Satan can defy and stop His Word from coming to pass! Thanks to all the missionaries who have spent a portion of their lives delivering the Good News to these people. God will shower blessings and peace to them and fill their hearts with joy and happiness. To God be the Glory!

Revelation 7:9 says, “After this I looked, and behold, a great multitude that no one could number, from every nation, from all tribes and peoples and languages, standing before the throne and before the Lamb, clothed in white robes, with palm branches in their hands.”

The Kimyal Tribe - The Gospel History 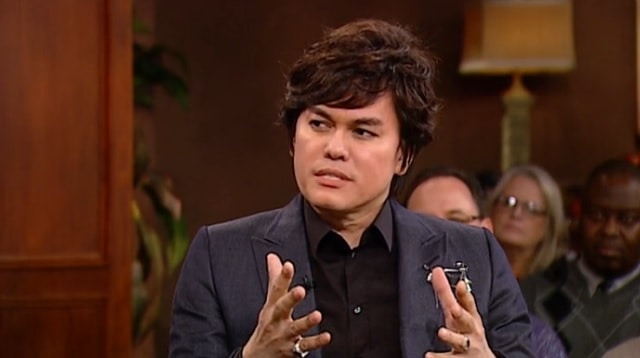 Joseph Prince: The Hebrew Language Contains Keys to Your Healing!

Joseph Prince on the Keys to Healing in the Christian Language

If you think God only cares about your spirit, think again. Did you know that there are keys to healing written directly into the divinely-inspired scriptures? That’s right–the Bible’s original language, Hebrew, contains a ground-breaking perspective on healing. Pastor Joseph Prince is on a mission to uncover and teach these healing secrets.

In an engaging sermon, Prince, a senior pastor of New Creation Church in Singapore, reveals that the Hebrew word for healing actually describes how to heal. Could God have provided us with the keys to healing through this ancient language?

Ancient languages, like Hebrew and Chinese, were designed to be read right to left. Not only that, but each word part is a pictograph that carries a deeper meaning than the 26 letters in our Latin-inspired alphabet.

In the case of the Hebrew word for healing–Rapha–the pictographs from left to right are a head, a mouth, and a sacrifice. According to Prince, “The head thinks and the mouth speaks of the sacrifice.” In short, people who are mentally or physically sick should meditate on and proclaim Jesus’s ultimate sacrifice.

It is in His sacrifice that we find the power to truly heal. Just as Jesus healed the sick and diseased during His life, He does so for us through His sacrificial death.

But Joseph Prince’s revolutionary analysis of the Hebrew language goes even further. The root word for Rapha is Raphah, meaning “relax.” The pictographs from this word, from left to right are: a head, a mouth, and grace. So, “The head and the mouth speak of grace.”

It is by God’s grace, not by our panicked actions, that we can relax into healing, fully trusting in and relying on the power of Jesus’s sacrifice.

The concept of relaxing to heal is not simply derived from the Hebrew language itself. It is explicitly confirmed by Scripture:

Isaiah 53:4 teaches, “Surely he took up our pain and bore our suffering.” What’s more profound? This was written more than 600 years before Jesus walked the Earth. It was an uncanny, divine prediction.

Matthew 8:16-17 describes Jesus casting out demons and healing the sick to fulfill Isaiah’s prediction. And what He did in his life, He did for all generations through His sacrificial death.

God Has Power Over All Disease

No mental or physical disease is too horrible for God to heal. According to Prince, “The growth, the xray–those are superficial; God’s word is supernatural. Those things are temporal; God’s word is eternal.”

Not only are man’s diseases powerless in the face of the Almighty God, but man himself is dwarfed by God’s power: “Man is subject to failures and mistakes; God never fails. Men can lie; God cannot lie.”

With this in mind, Joseph Prince recommends that we trust in, meditate on, and speak of God’s power to truly heal. If you are suffering from a mental or physical disease, do not carry the burden alone; relax into the healing power of God’s grace.

***This blog pro­vides opinion and dis­cus­sion about faith, health and wellness. The words and opinions pro­vided in this blog are not intended and should not be con­strued as med­ical advice. If the reader or any other per­son has a med­ical con­cern, he or she should con­sult with a licensed physi­cian or other health care worker.***